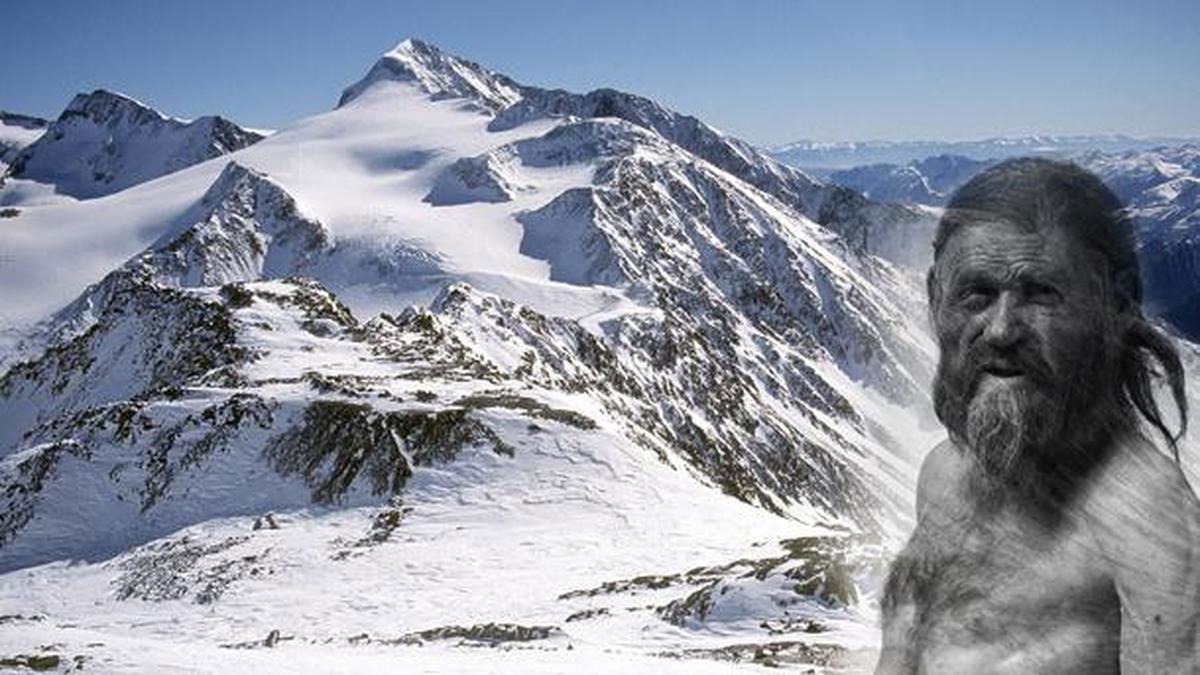 Ötzi – A treacherous murder with links to Central Italy

Scientists present the latest findings at the International Mummy Congress

The copper used to make Ötzi’s axe blade did not come from the Alpine region as had previously been supposed, but from ore mined in southern Tuscany. Ötzi was probably not involved in working the metal himself, as the high levels of arsenic and copper found in his hair had, until now, led us to assume. His murder over 5,000 years ago seems to have been brought about due to a personal conflict a few days before his demise, and the Iceman, despite his normal weight and active life-style, suffered from extensive vascular calcification. Scientists from all over the world presented these and other new insights, at the 3rd Bolzano Mummy Congress. To celebrate the 25th anniversary of Ötzi’s discovery, the three days of the Congress, from 19th to 21st September, were all dedicated to the Iceman.

Since the Iceman came on the scene on 19th September 1991, he has not ceased to fascinate scientists from all over the world. No corpse has been more thoroughly investigated. “In terms of his significance for science, Ötzi is not simply an isolated mummy discovery. He could be seen as a typical European from earlier times and is precious for this reason alone,” explained the anthropologist Albert Zink from EURAC Research, the scientific leader of the congress. “Ötzi is so well preserved as a glacier mummy and through this alone, he serves us researchers as a model for developing scientific methods which can then be used on other mummies,” said Zink. “What concerns us most these days is to know who the Iceman was, what role he played in society and what happened to him in the last days of his life. Sophisticated procedures, now available to scientists, are continually supplying us with new evidence,” said Angelika Fleckinger, Director of the South Tyrol Museum of Archaeology which co-organised the Congress.

One surprising new fact has been unearthed which concerns the most extraordinary item amongst Ötzi’s equipment – the valuable copper axe. In contrast to what had previously been presumed, the copper used in the blade does not derive from the Alpine region (researchers had suggested East or North Tyrol as the most likely provenance) but from Central Italy. Professor Gilberto Artioli’s archaeometallurgy research group at the University of Padua has discovered that the metal had been obtained from ore mined in South Tuscany.

In order to determine its origin, Italian scientists took a tiny sample from the blade and compared the proportion of lead isotope – a kind of “finger print” of the ore deposits which remains unchanged in any objects subsequently made from the ore – with the corresponding data from numerous mineral deposits in Europe and the entire Mediterranean region. The result pointed unequivocally to South Tuscany.
“No one was prepared for this finding. We will commission further analyses in order to double-check these first results” stressed Angelika Fleckinger. If the original results are confirmed, this new evidence will give researchers some interesting food for thought. Was Ötzi as a trader travelling possibly as far as the area around today’s Florence? What was the nature of the trading and cultural links with the south in those days? Did the exchange of goods also involve movements of the population? That is to say, did people from the south venture into the Alpine region and vice versa? “This is a particularly exciting insight especially with respect to questions about population development”, explained Albert Zink.

Was he or was he not involved in smelting copper?

Another question long debated amongst the scientific community, is whether Ötzi was perhaps involved himself in the process of copper smelting. Scientists have advocated this thesis because raised arsenic and copper levels have been measured in the mummy’s hair, a fact which might possibly be explained, for example, by breathing in the smoke which is released when melting and pouring metal.

Geochemist Wolfgang Müller of Royal Holloway, University of London, who had already used isotope analysis to establish Ötzi’s South Tyrol origins, has now turned to this question once more. Using highly developed methods of analysis such as laser mass spectrometry and speciation analysis, Müller’s team examined not just hairs but also samples from Ötzi’s nails, skin and organs for possible heavy metal contamination.
His, so far still provisional, findings suggest that the hypothesis that Ötzi was involved in processing metal was premature. Müller did indeed find slightly raised arsenic values in the nail sample, but not in other tissue samples. Raised copper levels were only present at the extremities and this correlates with other change indicators, and thus it is doubtful if one can establish a heavy metal contamination for Ötzi’s actual life time: raised values might also be due to environmental influences over the 5,000 years since his death.

A new computer tomography (CT) scan of the Iceman was undertaken by radiologists Paul Gostner and Patrizia Pernter in January 2013 in the Department of Radiology of Bozen-Bolzano Hospital. To do this they used a CT-scanner of the latest generation which, thanks to its large opening, allowed the doctors to run Ötzi rapidly through the machine from head to toe despite the way his arm is angled. In addition to the vascular calcification in the arteries of his stomach and legs which had already been known about, the superior image allowed doctors to spot three small areas of calcification near to the outflow tracts of the heart which had hitherto escaped their notice. This substantiates the earlier finding made by molecular biologists in EURAC that Ötzi had a strong genetic predisposition to cardiovascular diseases and that this was probably also the main reason for his general arteriosclerosis.

Investigations of a “profiler”

Ötzi was murdered. The arrow head discovered in 2001 in his left shoulder suggests this. But what were the circumstances surrounding the crime? In 2014 the South Tyrol Museum of Archaeology commissioned Chief Inspector Alexander Horn of the Munich Criminal Investigation Department to investigate the “Ötzi Murder Case” using the latest criminological methods. Horn interrogated various “acquaintances” of the murder victim such as archaeologists from the museum who had been looking after Ötzi for years, or experts from forensic medicine, radiology and anthropology. Members of the project team also took part in an on-site inspection of the location in Schnals Valley in South Tyrol Italy where the body was found. The results of this investigation were that Ötzi probably did not feel threatened shortly before his murder, because the situation at the Tisenjoch location where he was found indicates that he had been resting while enjoying a hearty meal. In the days prior to the murder he had incurred an injury to his right hand, probably as a result of defensive action during the course of a physical altercation. No further injuries could be found, and this might serve to indicate that he had not been defeated in this particular conflict. The arrow shot, which was probably fatal, seems to have been launched from a great distance and took the victim by surprise, from which we may infer that it was an act of treachery. Further medical findings suggest that the victim fell and that the perpetrator used no further violence. The perpetrator probably did not wish to risk a physical altercation, but instead chose a long distance attack to kill the Iceman. As valuable objects such as the copper axe remained at the crime scene, theft can be excluded as the motive. The reason for the offence is more likely to be found in some sort of personal conflict situation, in a previous hostile encounter – “a behavioural pattern which is prevalent even today in the bulk of murder crimes”, as Alexander Horn explained.