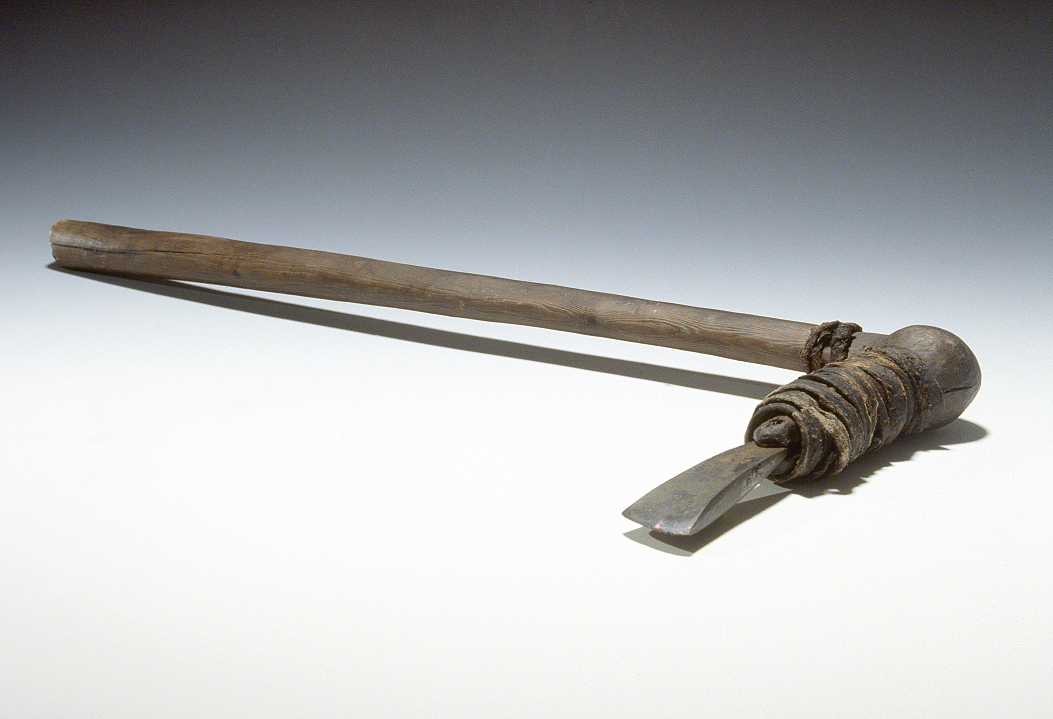 Long-Distance Connections In The Copper Age

Finding out about the origin of the copper was a complete surprise, as up till now archaeologists had assumed that the copper used in the Alpine region came from Alpine deposits or the Balkan region. What has not yet been ascertained is whether the Iceman acquired the copper from Tuscany as raw material or as a ready-made blade. Artioli’s publication furthermore establishes links to coeval metallurgical activity in Tuscany. Future research projects aim to retrace trading routes extending all the way to the Alpine area.

The copper axe was recovered 25 years ago alongside other items belonging to the Iceman and revealed fascinating insights into metallurgy during the Copper Age. The way the blade was secured to the shaft allowed it to be dated using radiocarbon-14 dating and as a result it could be safely assumed to have been crafted during the period between 3346 and 3011 BCE. The copper axe belonging to the Iceman remains the world’s oldest completely preserved axe from the Neolithic Age (consisting of a haft, a blade, leather binding straps and birch tar).

The chemical investigation was carried out at the University of Padua using a tiny sample of material recovered from the blade, along with the isotope analysis in collaboration with the University of Bern. The results of both tests are overturning previous assumptions about the copper trade in the 4th century BCE in the Alpine area. From an archaeological point of view, this turn of events was entirely unexpected since one had always believed that in the 4th century BCE copper had been mined in the Alpine or Balkan regions (deposits found in present-day South Tyrol, Trentino, Austria, Germany or Slovakia and in the Balkans in present-day Serbia or Bulgaria).

The results published in the scientific journal PLOS ONE prove unequivocally that the metal in Ötzi’s copper blade came from Tuscan deposits. Copper from Southern Tuscany can be distinguished from that of all other deposits within Europe and the Mediterranean region on account of the unique lead-isotope variation within its lead content. This composition can also be traced unaltered in the casted tool. This analysis could be carried out by way of a comparison with other copper-bearing ores which have been assembled in a database over many years and from all over the world by the Institute for Geo-sciences at the University of Padua.

The origin of the Tuscan copper is consistent with the latest research findings of the archaeo-metallurgy research group who was able to trace the extraction of copper-bearing ore and the production of copper tools in the area of Southern Tuscany as far back as the Neolithic Age (Campiglia Marittima). This throws new light on the spread of this material and on the socio-economic connections between humans in the Copper Age. The new data confirm extensive links between the Neolithic civilisations in Central Italy (Rinaldone culture) and those to the north of the Apennines (Spilamberto, Remedello), extending to the populations of the southern arc of the Alps where the Iceman was found.

Neither the chemical analysis nor the isotope data reveal whether the copper was traded as raw material (in ingots) or whether ready-crafted items such as the axe blade changed hands. Typological comparisons with axe blades from Central Italy suggest that Ötzi might indeed not have procured the raw copper material for himself, but the crafted blade. These new findings will now assist further archaeological research projects aimed at tracing the spread as well as the trade routes of Neolithic axes, from a metallurgical point of view, from Central Italy to the Alpine area.