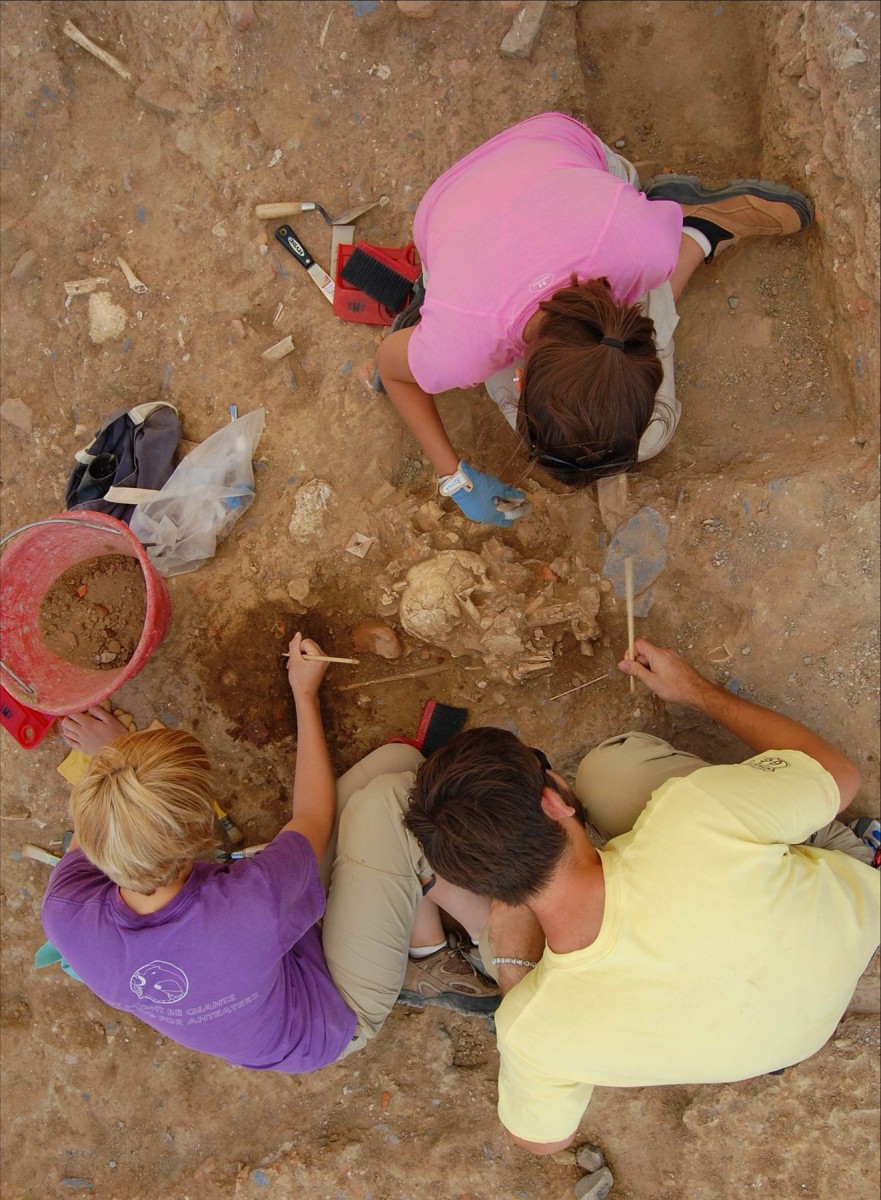 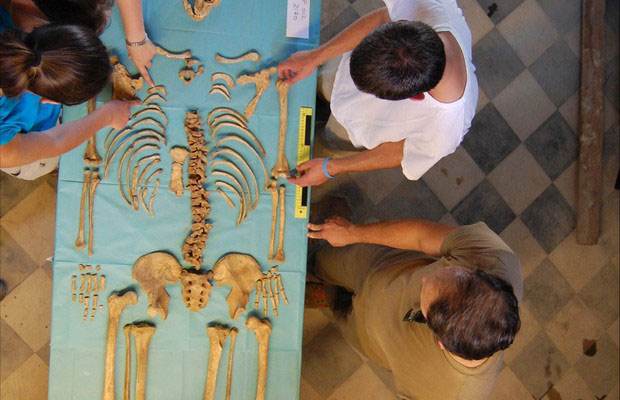 An Italian cemetery may provide clues on cholera’s evolution

A team of archaeologists and other researchers hope that an ancient graveyard in Italy can yield clues about the deadly bacterium that causes cholera.

The researchers are excavating the graveyard surrounding the abandoned Badia Pozzeveri church in the Tuscany region of Italy.

The site contains victims of the cholera epidemic that swept the world in the 1850s, said Clark Spencer Larsen, professor of anthropology at The Ohio State University and one of the leaders of the excavation team.

Archaeologists and their students have spent the past four summers painstakingly excavating remains in a special section of the cemetery used for cholera victims.

Finding traces of the pathogen that caused cholera among the human remains could reveal details about how people lived – and died – in this region of Europe.

“To our knowledge, these are the best preserved remains of cholera victims of this time period ever found,” Larsen said. “We’re very excited about what we may be able to learn.”

Larsen discussed the project on Feb. 15 at the annual meeting of the American Association for the Advancement of Science in San Jose.

The bodies of the cholera victims were hastily buried and covered in lime, which hardened like concrete around the bodies. Researchers suspect residents were trying to keep the disease from spreading.

“But the lime encasing is pretty amazing for bone preservation, too,” Larsen said.

Not just the bones were preserved. The lime trapped soil around the bodies that contains the ancient DNA of bacteria and other organisms that lived in the humans buried there.

One of Larsen’s colleagues, Hendrik Poinar, a professor at McMaster University in Hamilton, Canada, is an expert in ancient DNA and is scanning the soil samples for DNA from Virbrio cholera, the bacterium that causes cholera.

“We haven’t found it yet, but we are hopeful. We’ve found other DNA associated with humans so we’re continuing the search,” Larsen said.

“If we found the DNA we could see how cholera has evolved and compare it to what the bacteria is like today. That’s the first step to possibly finding a cure.”

The site provides much more than just information on the cholera epidemic. A monastery was founded on the site in 1056 and after it was abandoned in 1408, a church remained until about 50 years ago. Several different cemeteries from different time periods surround the ruins.

“We have a thousand-year window into the health of this village,” Larsen said. “It is a microcosm of what is happening in Italy and all of Europe during this time frame.”

Included in the cemeteries are people who died of the Black Death pandemic that ravaged Europe from 1346 to 1353. Many others died from less dramatic causes, but are still of great interest to the researchers.

“What we are trying to do is to reconstruct these populations as if they were alive, to get a glimpse about what their day-to-day lives were like and what their health was like, as well as how they died.”

The project began in 2010 when the local community, Ohio State and the University of Pisa joined forces to study the site.

About 20 to 30 skeletons have been excavated during each of the past four field seasons, Larsen said.