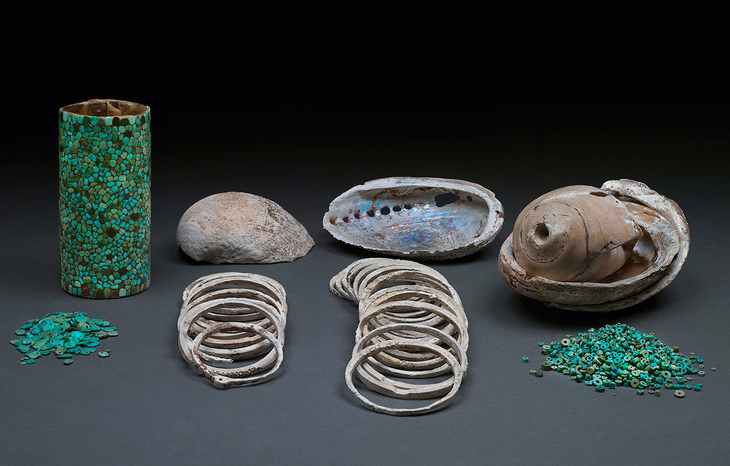 Discovering who was a leader, or even if leaders existed, from the ruins of archaeological sites is difficult, but now a team of archaeologists and biological anthropologists, using a powerful combination of radiocarbon dating and ancient DNA, have shown that a matrilineal dynasty likely ruled Pueblo Bonito in New Mexico for more than 300 years.

“We are not saying that this was a state-level society,” said Douglas J. Kennett, head and professor of anthropology, Penn State. “But we don’t think it was egalitarian either.”

Archaeologists have described the Chaco Phenomenon as anything from an egalitarian society without any rulers at all, to a full-fledged state-level society or kingdom. The researchers now think that Chaco Canyon was much more than a leaderless conglomeration of people, but a hierarchically organized society with leadership inherited through the maternal line.

Typically, the only things found in prehistoric archaeological ruins to indicate elevated status are grave goods. Throughout the Southwest it is unusual to find formal burials within structures, because most people were buried with limited grave goods outside housing compounds, but in excavations sponsored by the American Museum of Natural History and carried out in the 1890s at Chaco Canyon, archaeologists found room 33 in Pueblo Bonito — a burial crypt within a 650-room pueblo dating between 800 and 1130 — that contained 14 burials.

“It has been clear for some time that these were venerated individuals, based on the exceptional treatment they received in the afterlife — most Chacoans were buried outside of the settlement and never with such high quantities of exotic goods,” said Adam Watson, postdoctoral fellow in the American Museum of Natural History Division of Anthropology. “But previously one could only speculate about the exact nature of their relationship to one another.”

The researchers note in the issue of Nature Communications which was published Feb. 21, that this 6.5 by 6.5 foot room “was purposely constructed as a crypt for a high-status member of this nascent community and ultimately his lineal descendants.” The initial burial was of a male in his 40s who died from a lethal blow to the head. He was buried with more than 11,000 turquoise beads, 3,300 shell beads and other artifacts including abalone shells and a conch shell trumpet originating from the Pacific Ocean and Gulf of California far from central New Mexico. This burial is the richest ever found in the American Southwest.

Another individual was buried above this initial interment and a split plank floor placed above them. In the space above, another 12 burials took place over the span of 300 years.

“We originally worked with Steve Plog (David A. Harrison Professor of Archaeology, University of Virginia) to radiocarbon date these burials,” said Kennett. “The results of this work had all the individuals dating to a 300 year period. Then the question came up, are they related?”

Kennett and Plog teamed up with George Perry, assistant professor of anthropology and biology, Penn State and Richard George, a graduate student in anthropology, to first examine the mitochondrial genomes of these individuals.”

“First we thought this could be some kind of contamination problem,” said Kennett. “We checked for contamination, but found no evidence for it and David Reich’s laboratory at Harvard Medical School corroborated our results.”

Working with Reich, professor of genetics, the researchers then wondered if they could determine specific relationships among these individuals.

“Using DNA sequences from the nuclear genome combined with the radiocarbon dates, we identified a mother-daughter pair and a grandmother-grandson relationship,” said Kennett.

“For the first time, we’re saying that one kinship group controlled Pueblo Bonito for more than 300 years,” said Plog “This is the best evidence of a social hierarchy in the ancient Southwest.”

Other Penn State researchers on this project are Brendon J. Culleton, research associate, anthropology; and Logan Kistler, recent Ph.D. graduate and postdoc and now curator at the Smithsonian National Museum of Natural History.

The National Science Foundation, the University of Virginia and Penn State supported this work.