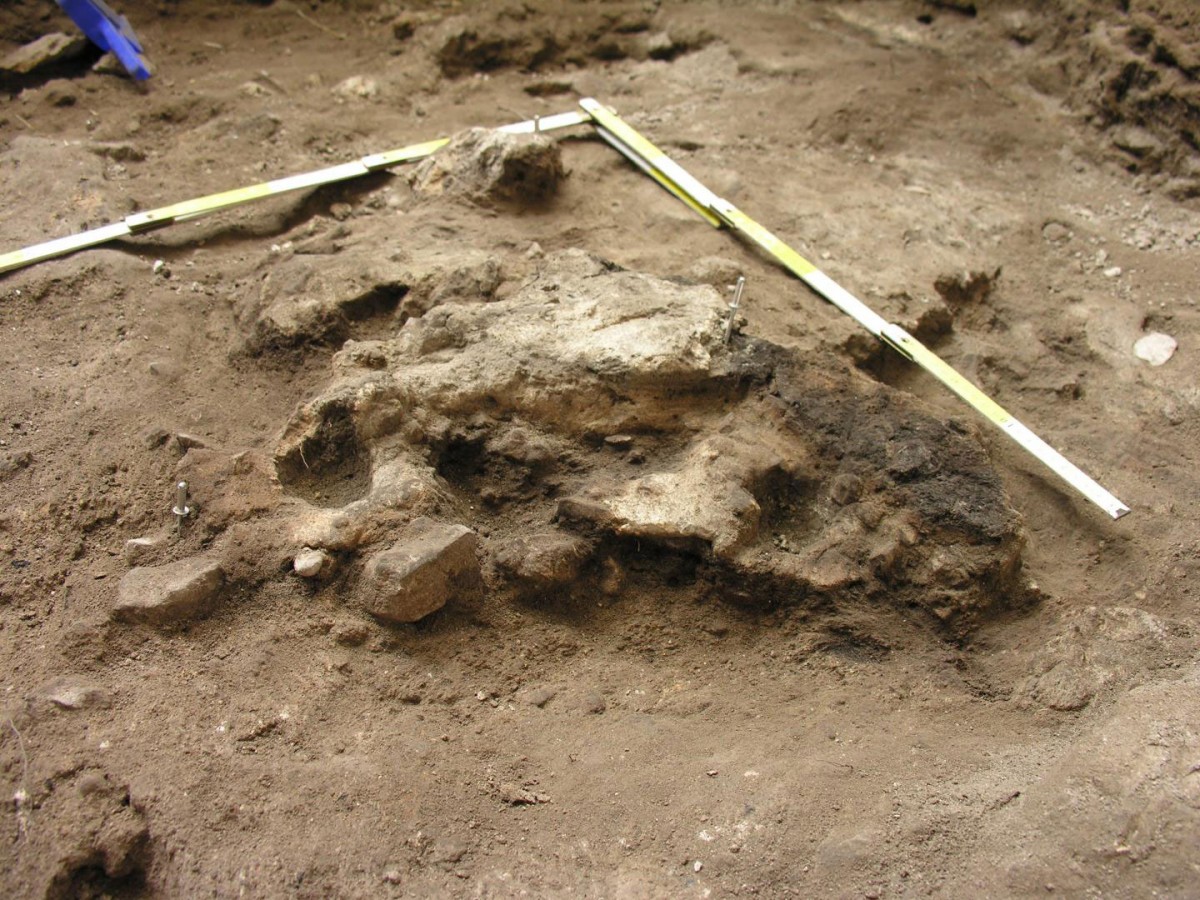 In the Basque Country and the northwest of the Iberian Peninsula

Researchers combined geoarchaeological and palaeobotanical data to answer questions about livestock shelters of the early Chalcolithic in Álava and the practices people were engaged in within these enclosures.

A team of researchers belonging to the Prehistory Area of the UPV/EHU-University of the Basque Country has published the results of its recent investigations in the San Cristóbal Rock-shelter (Sierra de Cantabria. Laguardia. Álava, Basque Country). This is the first time that empirical data have been presented and which demonstrate the use of rock-shelters as enclosures (for sheep/goats) by agropastoral communities from the early Chalcolithic onwards (about 5,000 years ago) in the area of the Basque Country and throughout the northwest of the Iberian Peninsula.

Previous studies conducted by this same UPV/EHU research team had documented the existence of livestock enclosures dating back to the Ancient Neolithic (over 6,000 years ago) at other sites on the Sierra de Cantabria. Nevertheless, this is the first time that data of a geoarchaeological (microsedimentological analyses) and palaeobotanical (phytoliths, pollen, charcoal and seeds) nature have been incorporated. The aim is to find out about the specific practices that the human groups in the area were engaged in inside these shelters, and to know what function was fulfilled by these practices in their economy and in their strategies for organising the territory during the Chalcolithic.

“This is a piece of pioneering work in the studies on agropastoral communities on the Iberian Peninsula. We have evidence that the human groups that occupied San Cristóbal during the Chacolithic used the shelter as a pen for goats and/or sheep and that this use, although repetitive throughout hundreds of years, was not ongoing but of a temporary nature linked to a seasonal exploitation of the rich natural resources available on the Sierra de Cantabria. We also know thanks to the microscopic study of the sediments that every now and again they used to burn the debris that had built up, probably to clean up the space that had been occupied and that this combustion process was carried out in line with some specific habits: they used to pile up the debris and on top of them pile up woody remains, perhaps to help to get the fire going before going on to burn the debris,” explained Ana Polo-Diaz, a researcher in the UPV/EHU’s Department of Geography, Prehistory and Archaeology.

On the other hand, the correlation of the microsedimentological and phytolith analyses (mineral remains that make up the skeleton of plants) has made it possible to determine what the livestock ate, and which was largely based on the grazing available around the shelter.

The data on the pollen have revealed that a forest, in which hazelnut trees predominated along with deciduous oaks (possibly gall oaks), grew in the immediate surroundings of San Cristóbal during the period studied. There is also evidence of holm oaks, box and pine.

The study of the charcoal remains preserved on the site has made it possible to go into how the timber available on the Sierra de Cantabria was used, and the results indicate a clear change in the selection of woody materials throughout the Chalcolithic occupation of the shelter: during the oldest phase a predominance of pine followed by yew is observed while in the most recent phase there is an increase in the use of species such as oak, holm oak, the rose family and box.

The pollen analysis also indicates the existence of grazing areas and farmland fairly close to the shelter, so the use of San Cristobal as an enclosure has to be understood in the context of a way of life in which agricultural and livestock activities were combined as a means of subsistence. Although it has not as yet been possible to locate any site in the open air in the area close to San Cristóbal, a settlement may well have existed close by from which during specific periods of the year the livestock were moved to make use of the resources on the ridge.

The correlation of the data obtained at San Cristóbal with the information provided by the neighbouring sites on the Sierra de Cantabria itself and its immediate area has also revealed that San Cristobal also formed part of a network of shelters-cum-enclosures used at the same time and for the same purpose by human groups with similar cultural features; it has also emerged that the communities that occupied these shelters-cum-enclosures were very likely the same ones that used the dolmen constructions of the Rioja Alavesa area during the Chalcolithic.

The UPV/EHU team was led by the Professor of Prehistory Javier Fernández-Eraso and the work is the outcome of interdisciplinary collaboration coordinated from the UPV/EHU’s Prehistory Area in which experts from the University of Barcelona and the CSIC have also participated.