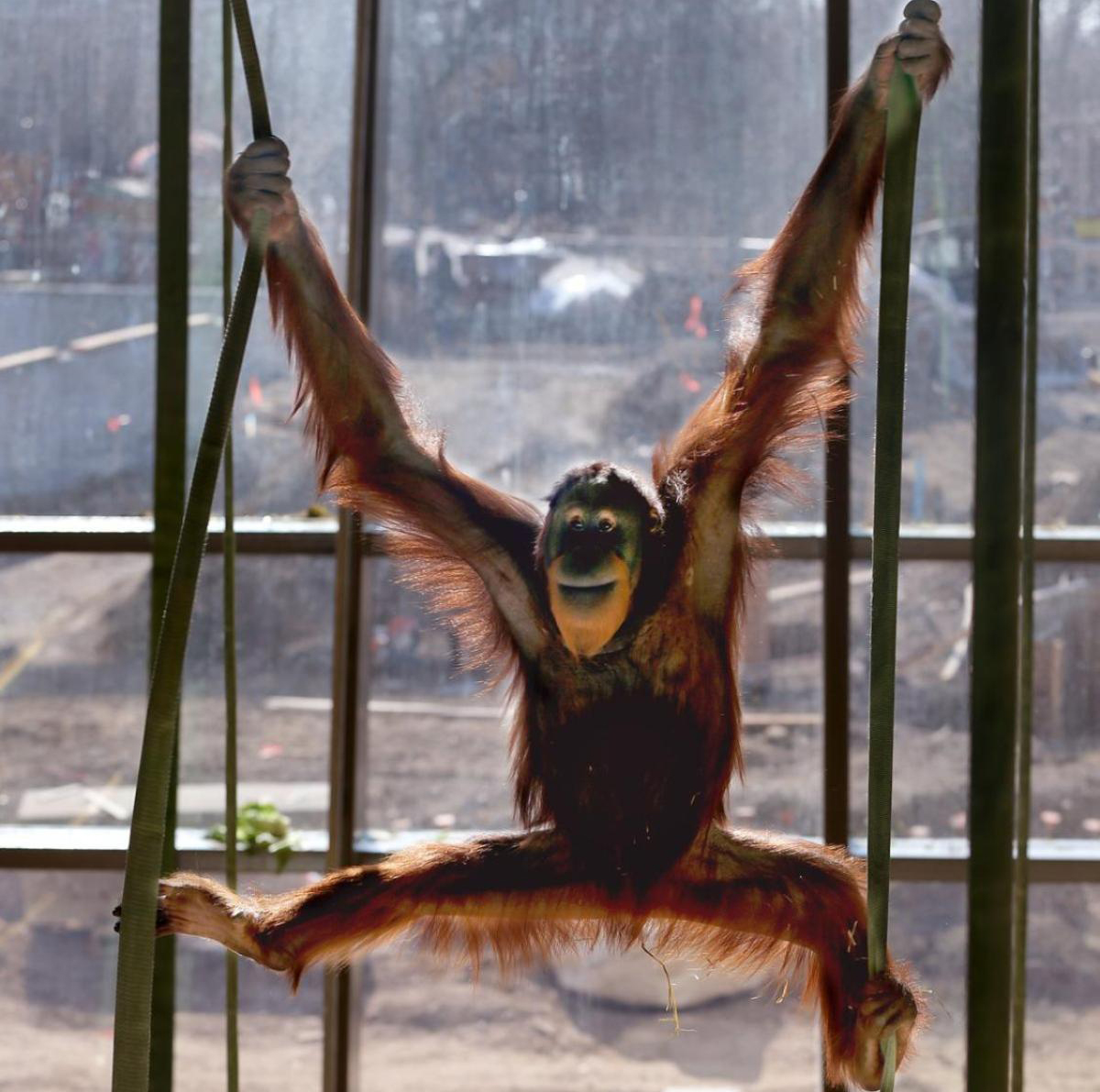 Orangutan gives clues to the origins of human speech

An orangutan called Rocky could provide the key to understanding how speech in humans evolved from the time of the ancestral great apes, according to a study led by Dr Adriano Lameira of Durham University and published in the journal Scientific Reports.

Dr Lameira, a Junior Research Fellow in the Department of Anthropology led a research project to look at whether an orangutan could demonstrate the ability to learn new sounds and control its voice.

Previously it was thought that great apes, our closest evolutionary relatives, could not learn to produce new sounds. As the human ability to speak is a learned behaviour it was therefore thought that this could not have originated from the great apes.

It was also believed that control over the voice, or vocal fold action, which would give them the capacity to learn vowel-like sounds, was not an ability the great apes had.

However, the research team found that Rocky, an orangutan living at Indianapolis Zoo in the USA, was able to copy the pitch and tone of sounds made by researchers to make vowel-like calls.

The research team compared these sounds against the largest available database of orangutan calls collected from over 12,000 hours of observations of more than 120 orangutans from 15 wild and captive populations.

They concluded that the sounds made by Rocky were different to those on the database, showing that he was able to learn new sounds and control the action of his voice in a “conversational” context.

The findings, which suggest that orangutans could have the ability to control their voices, shed new light on debates about whether or not spoken language stemmed from early human ancestors.

Dr Lameira, who was not a member of Durham University when he conducted the research but joined the Department of Anthropology in 2015, said: “It’s not clear how spoken language evolved from the communication systems of the ancestral great apes.

“Instead of learning new sounds, it has been presumed that sounds made by great apes are driven by arousal over which they have no control, but our research proves that orangutans have the potential capacity to control the action of their voices.

“This indicates that the voice control shown by humans could derive from an evolutionary ancestor with similar voice control capacities as those found in orangutans and in all great apes more generally.”

This work builds on a previous study, led by Dr Lameira when he was based at the University of Amsterdam, in the Netherlands, in which a female orangutan at Cologne Zoo, in Germany, was found to be able to make sounds comparable to human consonant and vowel-like calls at the same rhythm and pace as human speech.

Dr Lameira said: “Our latest findings open up the potential for us to learn more about the vocal capacities of early hominids that lived before the split between the orangutan and human lineages to see how the vocal system evolved towards full-blown speech in humans.”

Dr Lameira’s partners on the research included Indianapolis Zoo in the USA, Max Planck Institute for Evolutionary Anthropology in Germany, Liverpool John Moores University in the UK and University of Amsterdam in the Netherlands.