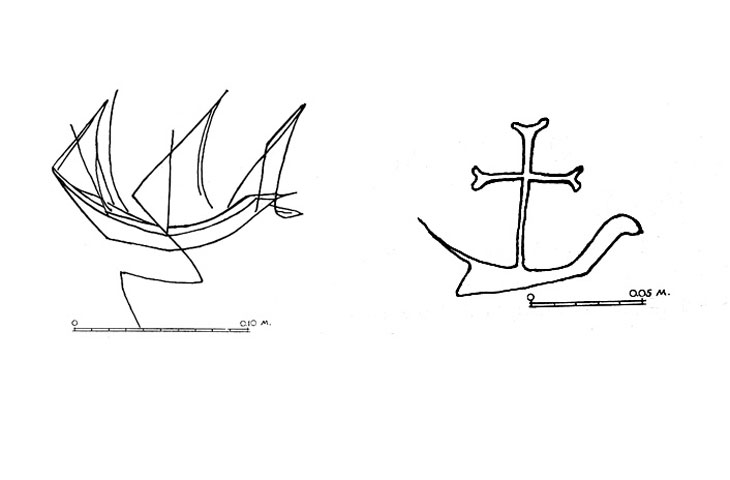 Photo caption
Did you know?: Graffiti

Those who get angry at the sight of modern graffiti, certainly have not heard of the “Stone Chronicle”, that collection of carvings that teach us about and remind us of the times during Turkish rule when the Greeks used the Parthenon columns as a newspaper and notebook. This was the same ancient building originally dedicated to Athena, that other Virgin, on the acropolis of Athens, where the Christian Virgin Mary was now being worshipped.

In the 6th century, the Parthenon, the most famous temple of antiquity, was converted into the Christian church of Panagia Atheniotissa with a few changes. The entrance was transferred to the west, an outer narthex was constructed, the church was decorated with mosaics and honoured by all Christians. Even the Turks respected it.

Life for Athenians was difficult however and they had no way of keeping track of the days. Thus, they carved important events on the columns of the church, as well as prayers, names, professions and even shapes of ships, crosses et al. (talismans, votives) for them to receive the blessing of the Virgin and for the next generation to learn about the important moments of their lives.

This collection of graffiti from the Parthenon was called the “Stone Chronicle” [Lithino Chroniko] and thanks to this diary, the history of Athens was studied more satisfactorily.