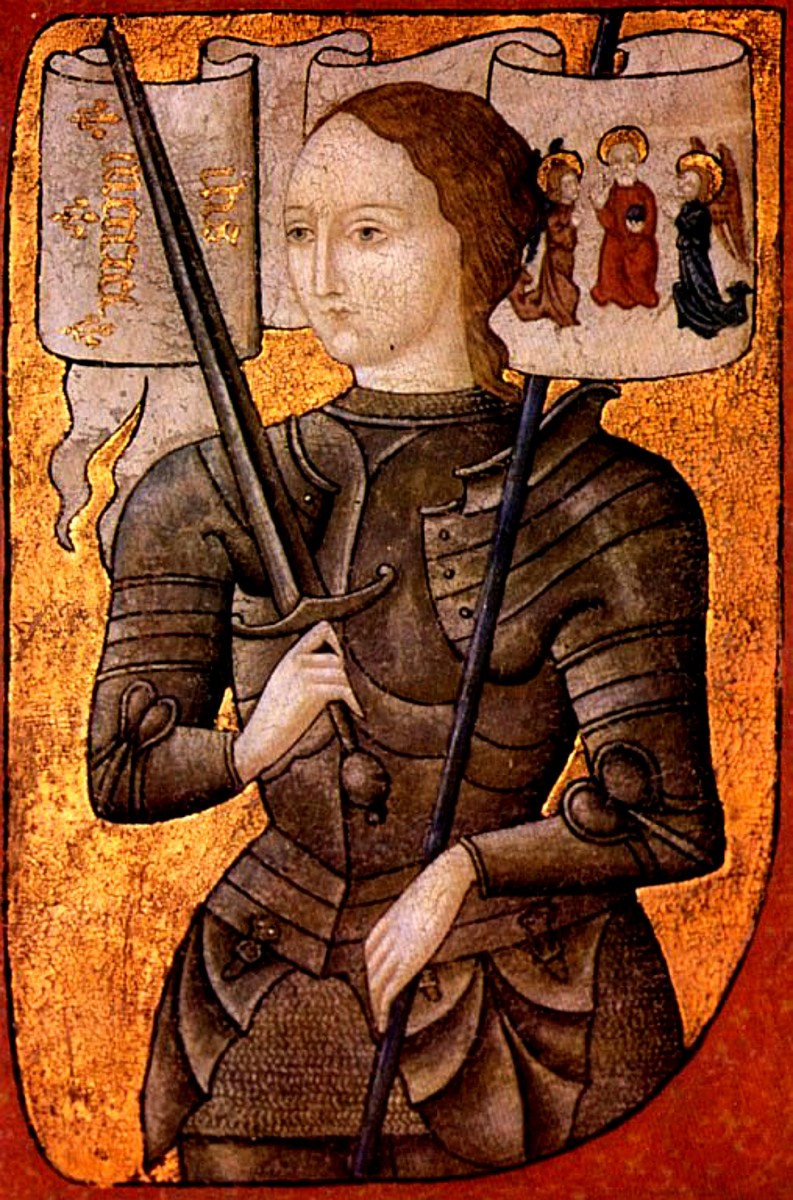 The “voices” of Joan of Arc

Italian researchers attribute the voices Joan of Arc heard and the visions she saw during the Hundred Year’s War to a form of epilepsy.

Inspired by mysterious “voices” and visions, Joan of Arc led the French army during the Hundred Years’ War, and some medical researchers have been tempted to explain the mystery of her “voices” as the result of epileptic seizures. In particular, Foote-Smith and Bayne suggested in 1991 that the “voices”, visions, and convictions may, in part, be considered ecstatic epileptic auras, as in the case of Dostoevsky.

After a strictly semiologic study, focusing on symptoms and possible trigger factors obtained from the documentation of her Trial of Condemnation, Dr. Guiseppe d’Orsi, a neurologist at the University of Foggia, and Paola Tinuper, an associate professor of biomedical and neuromotor sciences at the University of Bologna first  hypothesized in 2006 that the “voices” of Joan of Arc were probably auditory epileptic hallucinations and an expression of an epileptic syndrome named idiopathic partial epilepsy with auditory features (IPEAF). The researchers confirmed that the features of Joan’s spells have many similarities to this form of epilepsy, rather than ecstatic epilepsy.

The frequency of Joan’s spells or seizures was variable, from many times per month or week (“It is said to me two or three times a week”, from the second public examination, 22 February 1431) to daily (“there is never a day that I do not hear them”, from the fifth public examination, 1 March 1431). This is not entirely consistent with the researchers’ diagnosis, as IPEAF patients show a low frequency of seizures.

Joan’s visual hallucinations, on the other hand, are symptoms of IPEAF, as are seizures during sleep, which Joan of Arc also sometimes experienced: “…I was asleep: the Voice woke me… It awoke me without touching me,” she was reported to have said during aprivate examination on March 12, 1431.

However, the diagnosis of a medical condition in a woman who lived in the 1400s is extremely difficult: “After six hundred years from Joan’s death, we reaffirm the impossibility to arrive at a final conclusion,” researchers note in their paper.

Now, researchers hope to locate Joan of Arc’s letters, which she used to seal with red wax that had “the imprint of a finger and a hair”. If they do, they will then test the DNA of the hair. In recent studies, genes linked to the IPEAF epilepsy type have been detected. This is why, D’Orsi and Tinuper are “still looking for this hair” after ten yeats from their first hypothesis.