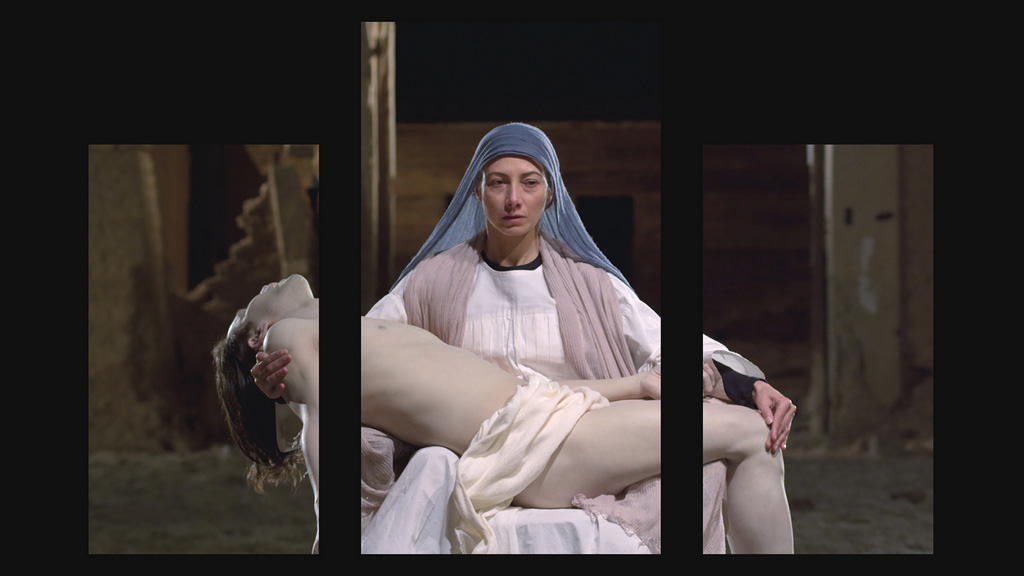 On view from 9 September

Bill Viola’s video installation Mary (2016) will be inaugurated in the North Quire Aisle of Saint Paul’s Cathedral on 8 September 2016.

Mary has been conceived as a companion piece to Martyrs (Earth, Air, Fire, Water) which was unveiled in the South Quire Aisle of the cathedral in 2014.  These installations are the first moving-image artworks to be installed in a cathedral in Britain on a long-term basis.

Bill Viola said: “The two themes of Mary and Martyrs symbolise some of the profound mysteries of human existence. One is concerned with birth and the other death; one with comfort and creation, the other with suffering and sacrifice. If I am successful, the final pieces will function both as aesthetic objects of contemporary art and as practical objects of traditional contemplation and devotion.”

St Paul’s Chancellor Canon Mark Oakley said: “Bill Viola’s art slows down our perceptions in order to deepen them. He uses the very medium that controls mass culture today, film, and subverts that control to instead open up new possibilities and contours of understanding.

“Through the life of Mary, and her relationship to her son, Viola invites us to dive into the mystery of love’s strength in birth, relationship, loss and fidelity. I have no doubt that this fresh installation will lead our many pilgrims and guests into purposeful reflection and hopeful prayer”.

In 2003 London’s National Gallery was the location for one of Bill Viola’s most successful exhibitions, “The Passions”, a body of work rich in sacred and art historic influences and which directly launched the preliminary discussions of installations for St Paul’s Cathedral. The idea of creating two new contemporary works seemed a logical next step that would follow the completion of the extensive cleaning and renovation of the Cathedral’s interior and exterior.

Bill Viola (b. 1951) is internationally recognised as one of the leading artists of our time. An acknowledged pioneer in the medium of video art, he has for 40 years created a wide range of video installations that are displayed in major museums throughout the world. His works focus on universal human experiences – birth, death, the unfolding of consciousness – and have roots in both Eastern and Western art as well as spiritual traditions, including Zen Buddhism, Islamic Sufism, and Christian mysticism.

Using the inner language of subjective thoughts and collective memories, his videos communicate to a wide audience, allowing viewers to experience the work directly, and in their own personal way.

* See Mary from 9 September, free of charge, in specially-escorted timed sessions at 11.30 and 2.15 Monday – Saturday. No need to book. Space will be limited to ensure good views – viewing on a first come, first served basis.