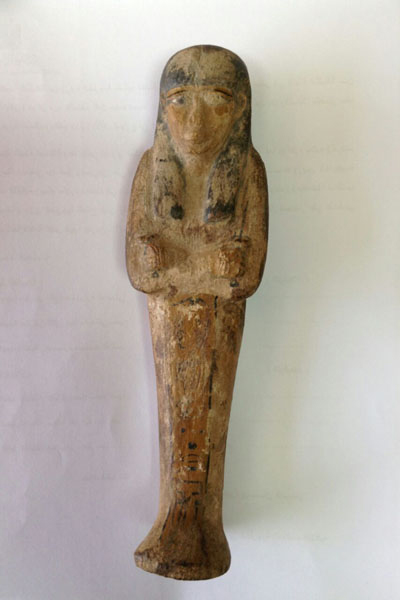 According to Egyptian Ministry of Antiquities

After a week of analysis, the Ministry of Antiquities has confirmed that the ancient Egyptian Ushabti figurine recently recovered from Mexico is genuine.

The figurine was handed over to the Egyptian embassy by a Mexican citizen who found it in his newly purchased house.

According to Shabab Abdel-Gawad, head of Egypt’s Antiquities Repatriation Department, the wooden, carved statuette dates back to the 19th Dynasty. Hieroglyphic text engraved in the artifact includes the name “Ra-Nes”, saying “he was honest”.

Abdel-Gawad also said the figurine was smuggled out of the country after being illegally excavated.

The statuette is being restored at the Egyptian Museum in Tahrir.