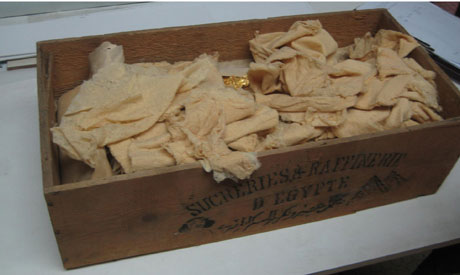 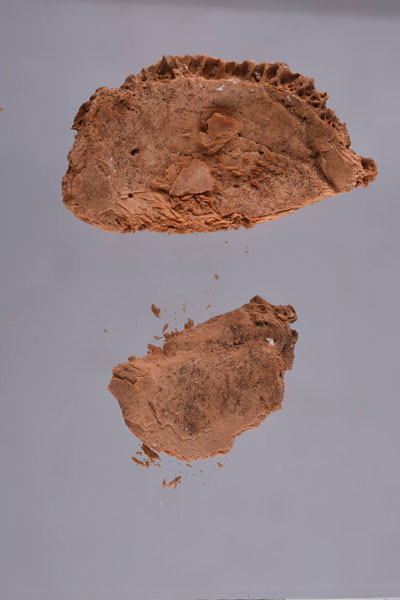 Study hopes to solve mystery of tomb KV55 in Luxor

Scientists hope to identify the owner

A study of gold chips from tomb KV55 in Luxor will be initiated this week aiming to reveal the individual of the sarcophagus, the Ministry of Antiquities of Egypt announced on Wednesday. This is the second phase of the study, a project funded by the American Research Centre in Egypt, which will contribute with US$28,500.

The 500 gold sheets were found in a wooden box, in a storeroom of the Egyptian Museum in Tahrir, along with the remains of a skull. The box was accompanied by a handwritten note, in French, which is dated to the time tomb KV55 was found and says the gold chips were found inside a sarcophagus, although it wouldn’t say which one in particular. Researchers will study  the chips and inscriptions on the coffin in an effort to establish their age.

Tomb KV55 in Valley of the Kings, at Luxor’s west bank, was thought to be of king Akhenaten, but this has not been supported by definitive evidence and therefore remains an assumption.

According to Elham Salah, head of the Museums Sector at the Ministry of Antiquities and Islam Ezat, from the scientific office of the ministry, the study will be carried out by a team of Egyptian archaeologists and restorers from the Egyptian Museum. Scientists hope the study will lead to the identification of the owner of the tomb and the sarcophagus within.