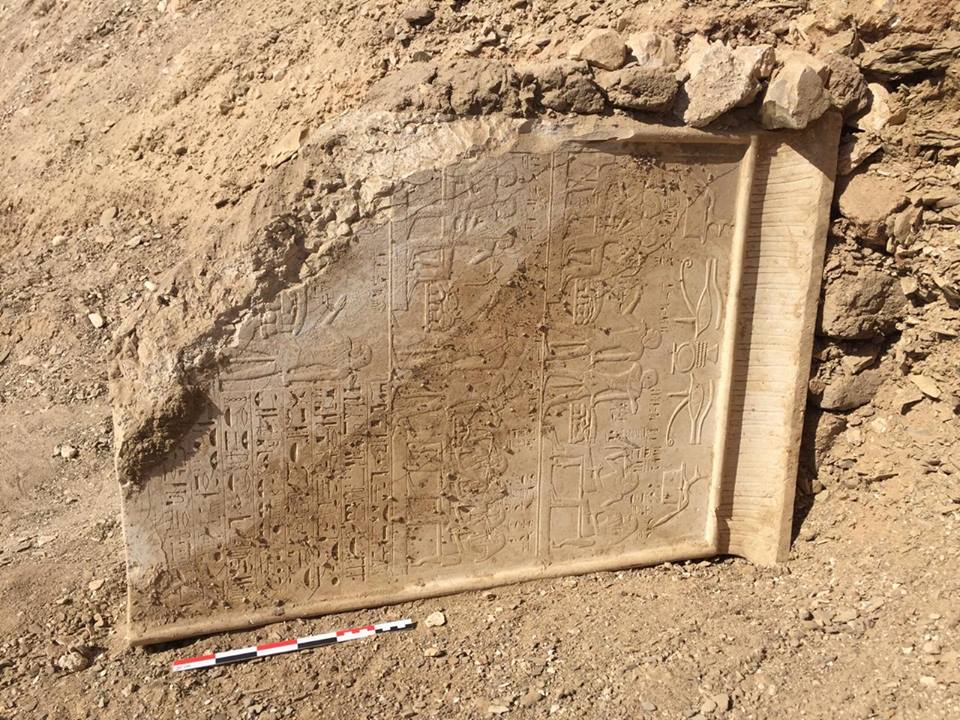 In the area of the tomb of Petamenope, North Asasif, near Luxor.

Archaeologists in Egypt found ancient stela and sarcophagus of elite pharaohs’ men, the Egyptian Ministry of Antiquities announced in a press release.

According to the official press release by the Egyptian Ministry of Antiquities, the joint archaeological mission of the Institut français d’archéologie Orientale (IFAO) and of the University of Strasbourg in the area of the tomb of Petamenope (North Asasif), near Luxor,
has found a limestone stela and a wooden sarcophagus from the
18th Dynasty.

Dr. Mostafa Waziri, Secretary General of the Supreme Council of Antiquities has announced the discovery.

Dr. Waziri explains that the stela size is 1 m x 0,65 cm. Three registers
represent offerings scenes. The name of the main officiant is
Tetiankh. Amongst the beneficiaries of the offerings, one can
mention Inenni, owner of TT81. The stela misses a part of its left side.

Near this stela, said Prof. Frédéric Colin, Director of the
mission, the team has found a well-preserved sarcophagus with
only a part of the feet missing. The sarcophagus belongs to a person
named Pouia. According to this name, “the sarcophagus could
also belong to the 18th dynasty”. It measures around 1,7 m.-high. It is made of wood and painted plaster.