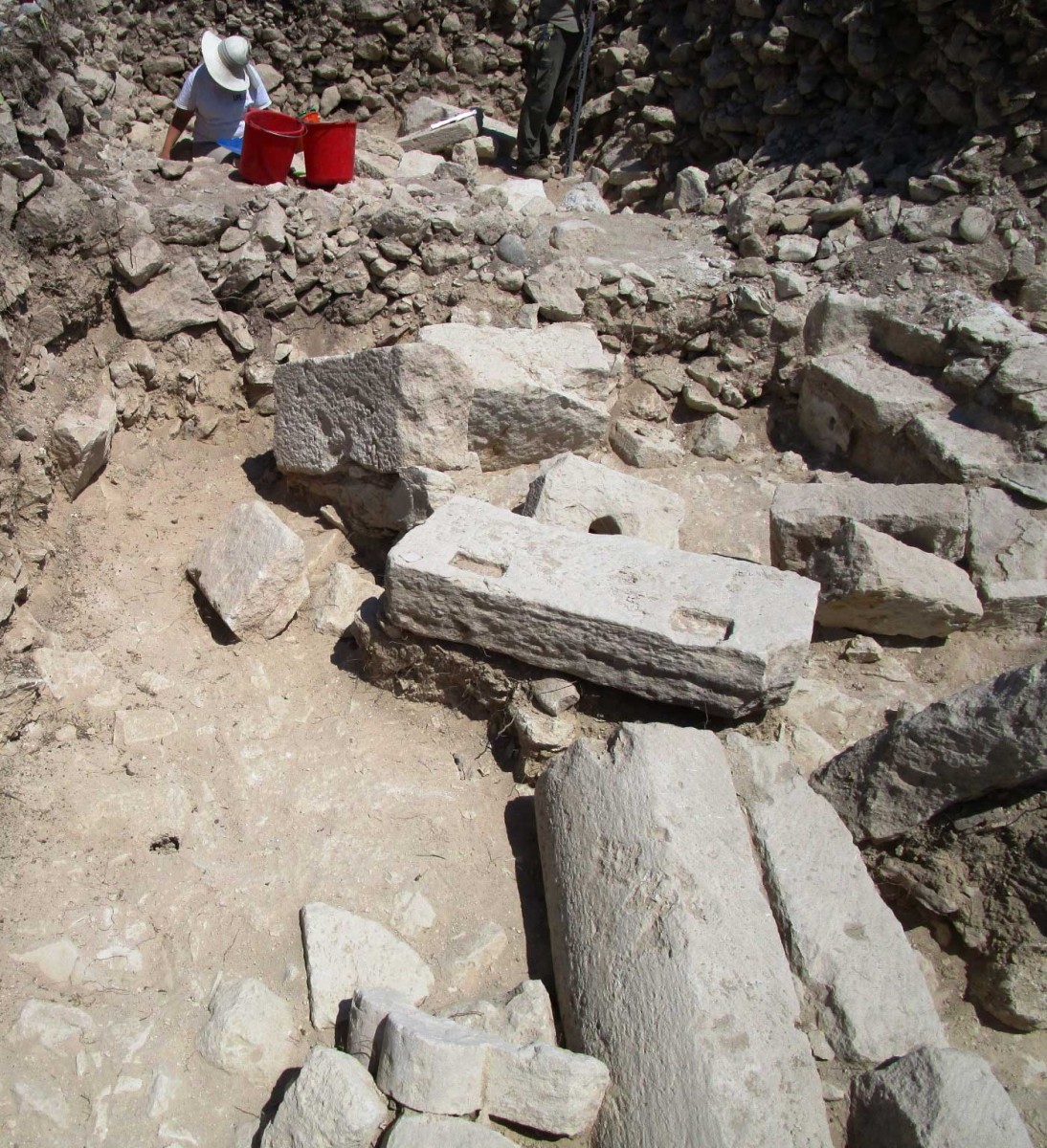 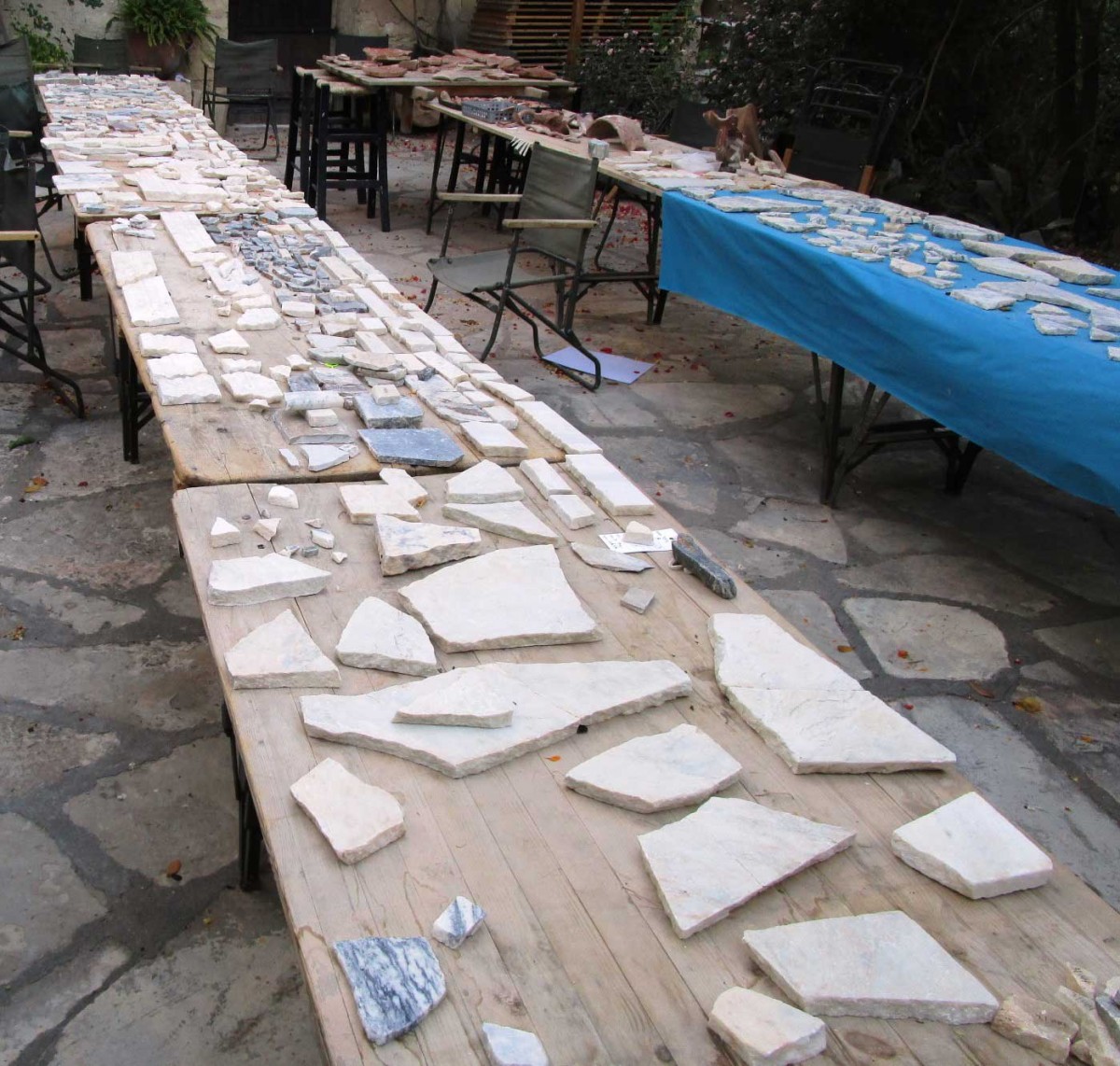 2016 investigation of the collapsed building in Kourion completed

It was either an elite residence or a public building

The Kourion Urban Space project (KUSP) continued in 2016 to uncover evidence of the massive earthquake that destroyed Kourion in the fourth century AD. It is now clear that the large collapsed building being excavated by the KUSP team is either a damaged elite residence or a public building, although its size, and construction history are yet unknown. The building may have been two stories high and the floor plan is not yet complete and awaits further investigation. Massive blocks thrown down by the earthquake cover the floors of the building. The power of the tremor is indicated by the distortions of the walls and the movement of the heavy ashlar masonry.

The house was rich in material cultural remains. The team recovered additional fragments of a large (60+cm in diameter) imported glass plate that had been discovered in 2014. The plate was formed from bundles of hollow yellow glass canes which were fused together in a dark green matrix. These plates were crafted in Egypt, and are usually found in Coptic cemeteries. The Kourion plate provides what may be the best dated example in the world. Additional Egyptian connections are suggested by the presence of a restorable amphora of Egyptian style, recovered from near the floor of what the team interprets to be a kitchen area. The wealth of this ancient household is indicated by a large elegant room with a mosaic floor, marble paneling and painted wall plaster. Ceramic analysis by the KUSP team, including Dr. Scott Moore of Indiana University of Pennsylvania, indicates a mid-fourth century date for the tragedy. This has been supported by the numismatic analysis of the coins from the building by the KUSP numismatist, Dr. Paul Keen of the University of Massachusetts (Lowell).

The 2016 excavation season of the Kourion Urban Space Project (KUSP) was conducted under the direction of Dr. Thomas W. Davis of the Tandy Institute for Archaeology at Southwestern Baptist Theological Seminary in Fort Worth Texas, USA; Dr. Davis was formerly the Director of the Cyprus American Archaeological Research Institute in Nicosia from 2003-2011.