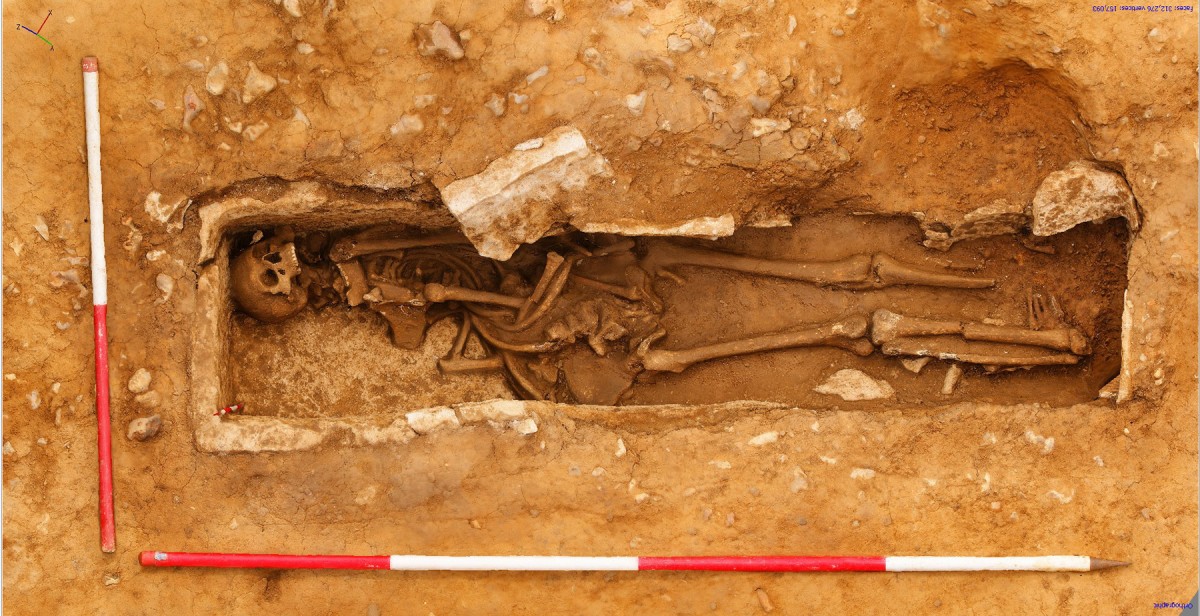 Skeleton with feet bent backwards found in a Dorset quarry

Within a limestone sarcophagus

The skeleton of a Roman man with his feet bent backwards was found by archaeologists excavating at Woodsford Quarry in Dorset. The man was found within a limestone sarcophagus which had been placed in a 0.3m (1ft)-deep grave.

According to Thames Valley Archaeologist Services, that has been surveying the Woodsford site, the man died in his 20s or 30s. The initial osteological examination shows no signs of disease or some sort of fatal trauma.

The unusual position of the diseased is being studied. However, archaeologists assume that his feet were bent in order that he would fit in his coffin, which was 1.80m (5ft 11in)-long. “This sarcophagus may have been reused, as it was several centimetres too short for the corpse, whose feet had to be tucked under him,” Dr Steve Ford, director of the Thames Valley Archaeological Services said.

“In the Roman period, burial in a sarcophagus was moderately common in Italy but very unusual in Britain, where even wooden coffins seem to have been rare. A stone sarcophagus was certainly a very prestigious item, and their distribution across the country is restricted,” he added.