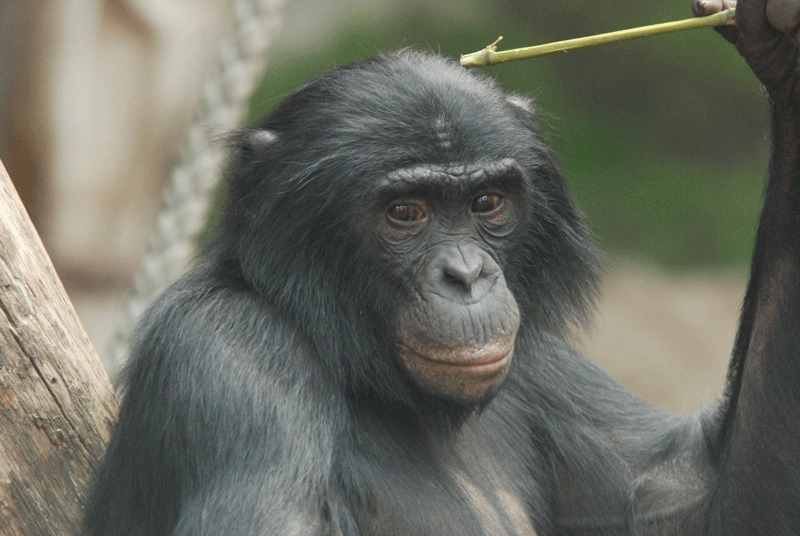 Apes understand that some things are all in your head

An ability thought to be unique to humans

We all know that the way someone sees the world, and the way it really is, are not always the same. This ability to recognize that someone’s beliefs may differ from reality has long been seen as unique to humans. But new research on chimpanzees, bonobos and orangutans suggests our primate relatives may also be able to tell when something is just in your head. The study was led by researchers of Duke University, Kyoto University, the University of St. Andrews and the Max Planck Institute for Evolutionary Anthropology.

The capacity to tell when others hold mistaken beliefs is seen as a key milestone in human cognitive development. Humans develop this awareness in early childhood, usually by the age of five. It marks the beginning of a young child’s ability to fully comprehend the thoughts and emotions of others — what psychologists call theory of mind.

Such skills are essential for getting along with other people and predicting what they might do. They also underlie our ability to trick people into believing something that is not true. An inability to infer what others are thinking or feeling is considered an early sign of autism. “This cognitive ability is at the heart of so many human social skills,” said Christopher Krupenye of Duke University, who led the study along with comparative psychologist Fumihiro Kano of Kyoto University.

To some extent apes can read minds too. Over the years, studies have shown that apes are remarkably skilled at understanding what others want, what others might know based on what they can see and hear, and other mental states. But when it comes to understanding what someone else is thinking even when those thoughts are false, apes have consistently failed the test. “Understanding that beliefs may be false requires grasping, on some level, that not all things inside our heads correspond to reality”, explained study co-author Michael Tomasello, director at the Max Planck Institute for Evolutionary Anthropology and professor of psychology and neuroscience at Duke University. “It means understanding that there exists a mental world distinct from the physical world,” Tomasello said.

In the study, the apes watched two short videos. In one, a person in a King Kong suit hides himself in one of two large haystacks while a man watches. Then the man disappears through a door, and while no one is looking the King Kong runs away. In the final scene the man reappears and tries to find King Kong. The second video is similar, except that the man returns to the scene to retrieve a stone he saw King Kong hide in one of two boxes. But King Kong has stolen it behind the man’s back and made a getaway.

The researchers teased out what the apes were thinking while they watched the movies by following their gaze with an infrared eye-tracker installed outside their enclosures. “We offer them a little day at the movies,” said Krupenye, now a postdoctoral researcher at the Max Planck Institute for Evolutionary Anthropology in Germany. “They really seem to enjoy it.”

To pass the test, the apes must predict that when the man returns, he will mistakenly look for the object where he last saw it, even though they themselves know it is no longer there. In both cases, the apes stared first and longest at the location where the man last saw the object, suggesting they expected him to believe it was still hidden in that spot. Their results mirror those from similar experiments with human infants under the age of two, and suggest apes have taken a key first step toward fully understanding the thoughts of others. “This is the first time that any nonhuman animals have passed a version of the false belief test,” Krupenye said.

According to Fumihiro Kano, “This finding is the culmination of eye-tracking innovations by developmental psychologists as well as years of tinkering to figure out how exactly to engage apes in eye-tracking tasks and assess their predictions via anticipatory looks.”

”The findings suggest the ability is not unique to humans, but has existed in the primate family tree for at least 13 to 18 million years, since the last common ancestors of chimpanzees, bonobos, orangutans and humans. “If future experiments confirm these findings, they could lead scientists to rethink how deeply apes understand each other,” Krupenye said.

Other authors of this study include Satoshi Hirata of Kyoto University and Josep Call of the Max Planck Institute for Evolutionary Anthropology and the University of St. Andrews.