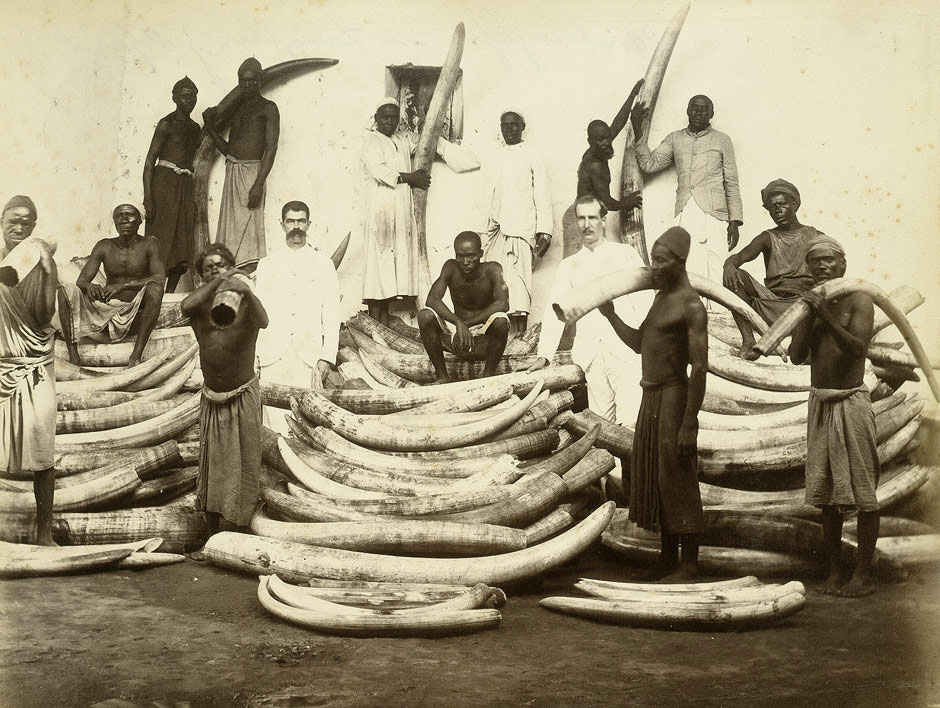 Archaeologists from the University of York have conducted pioneering analysis on historic ivory, revealing where East African elephants roamed and where they were hunted in the 19th century.

Eastern Africa has been a major source of elephant ivory for millennia, with a sharp increase in trade witnessed during the 19th century fuelled by escalating demand from Europe and North America.

Desirable objects such as cutlery-handles, piano keys and billiard balls drove the extension of global trade networks and the industrialisation of the ivory-working industry. However, little was previously known about the precise origins of the hunted elephants and the trade-routes of primary suppliers at the time.

Conducting isotope analysis on historic East African ivory and skeletal remains, providing information about an elephant’s diet and therefore likely habitat, scientists were able to determine the origin of previously un-localised ivory and map elephant geography in the region.

They found that ivory samples traded after 1890 match values of elephants living in forested interior regions of East Africa.

This supports previous evidence suggesting that an increase in hunting resulted in the eradication of elephants from along the coast of southern Kenya and northern Tanzania by the mid-19th century, driving trade inland.

Dr Ashley Coutu, lead researcher on the study and a Marie Curie Outgoing Global Fellow between York’s Department of Archaeology and the University of Cape Town, South Africa, said: “Our results shed light on the significant historic ecological and socio-economic impact of the ivory trade, in addition to informing contemporary elephant conservation strategies.

“Today, elephants live in national parks and game reserves in these same landscapes, but are more restricted in terms of their movement than they would have been in the 19th century. Our database provides information on the historical ecology of these animals before there were regulations on their protection. By understanding elephant movement in the past, our research could potentially provide data to improve wildlife corridors for the movement of elephants between national parks and game reserves, which can often cause human-elephant conflict in these regions.”

Professor Matthew Collins, Founder of BioArCh at York’s Department of Archaeology and co-author of the paper, added: “Our findings help us to understand the interactions between humans and elephants during a time when there was an exponential demand for ivory from this region of Africa.

“Isotope and DNA analysis is often used to track the source of illegal ivory today. Our database of isotope values for both modern and historic East African elephants will add to the body of growing data to help us understand and track elephant populations on the African continent.”