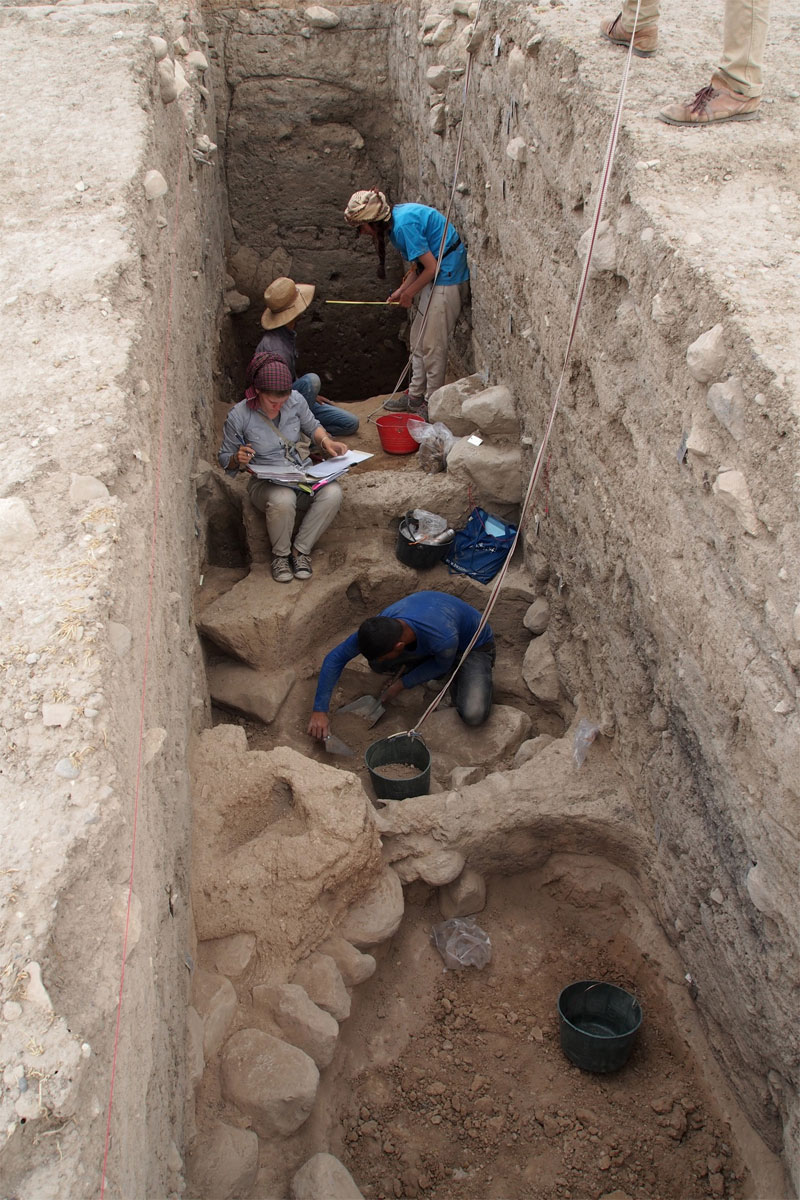 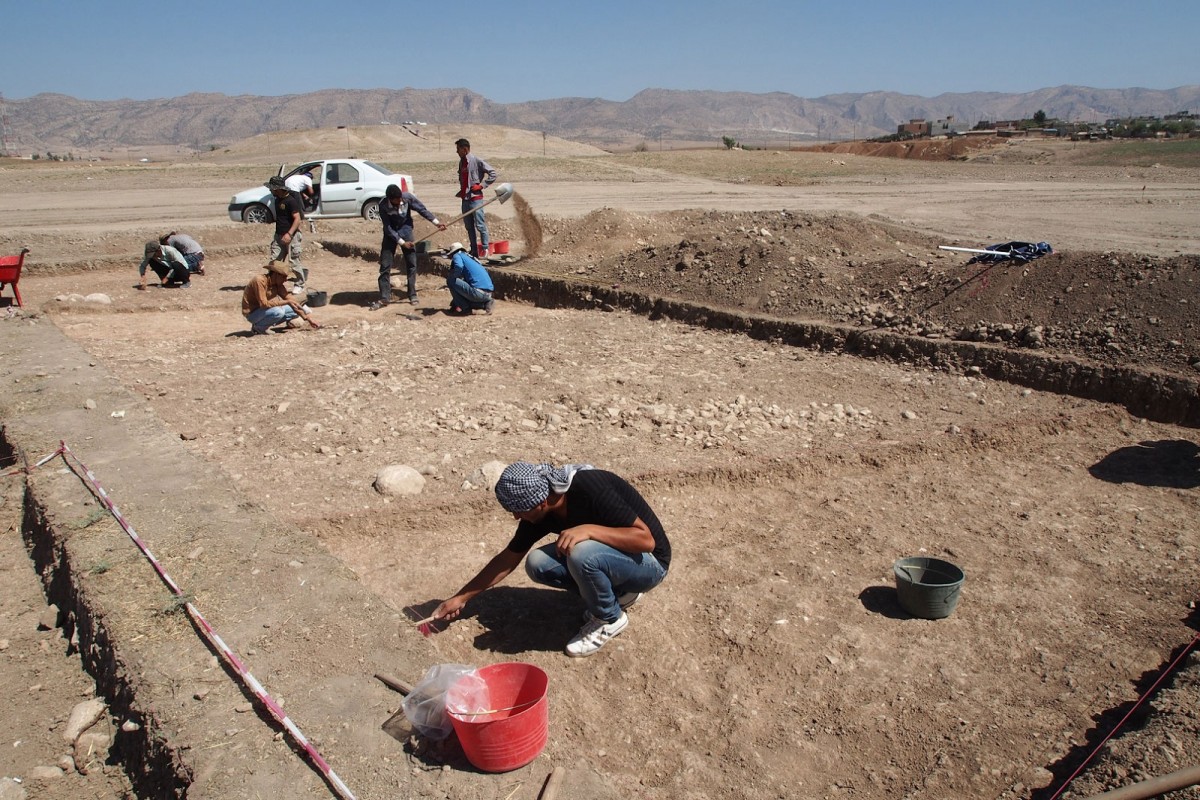 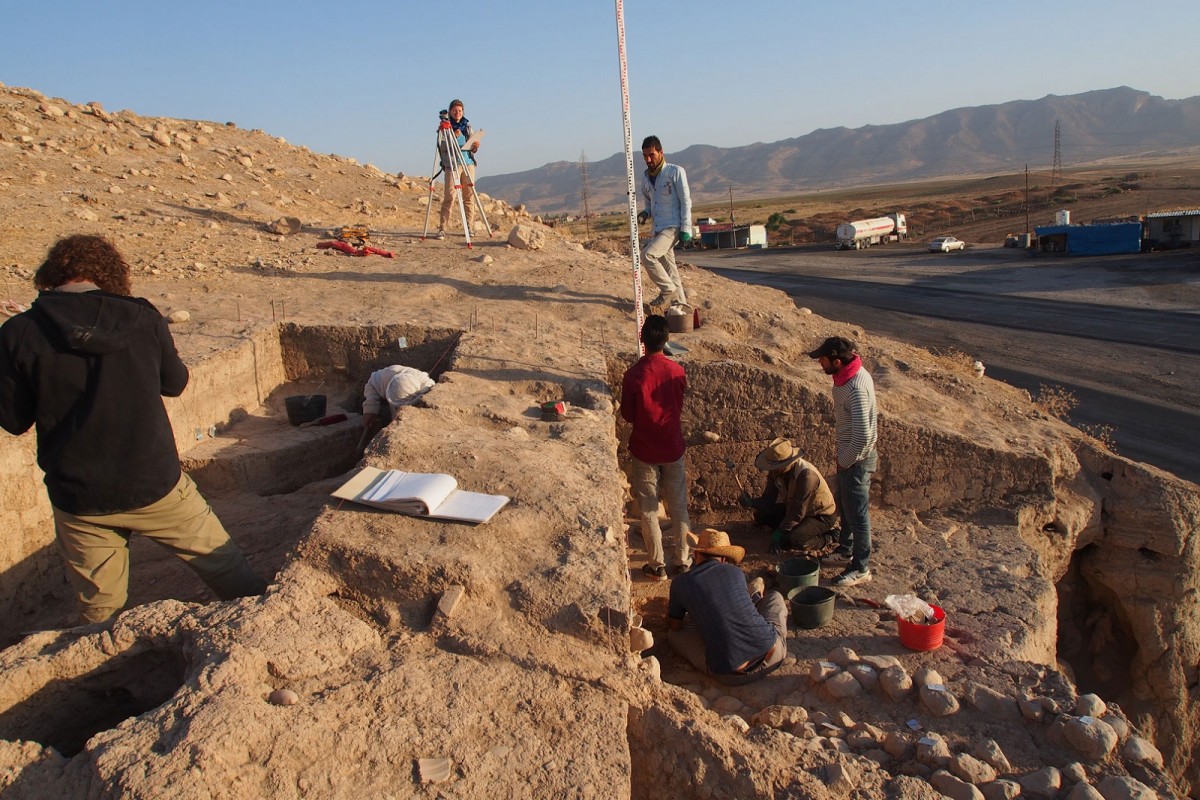 Excavations in Bassetki between August and October 2016

Archaeologists from the Institute for Ancient Near Eastern Studies (IANES) at the University of Tübingen have uncovered a large Bronze Age city not far from the town of Dohuk in northern Iraq. The excavation work has demonstrated that the settlement, which is now home to the small Kurdish village of Bassetki in the Autonomous Region of Kurdistan, was established in about 3000 BC and was able to flourish for more than 1200 years. The archaeologists also discovered settlement layers dating from the Akkadian Empire period (2340-2200 BC), which is regarded as the first world empire in human history.

Scientists headed by Professor Peter Pfälzner from the University of Tübingen and Dr. Hasan Qasim from the Directorate of Antiquities in Dohuk conducted the excavation work in Bassetki between August and October 2016. As a result, they were able to preempt the construction work on a highway on this land. The former significance of the settlement can be seen from the finds discovered during the excavation work. The city already had a wall running around the upper part of the town from approx. 2700 BC onwards in order to protect its residents from invaders. Large stone structures were erected there in about 1800 BC. The researchers also found fragments of Assyrian cuneiform tablets dating from about 1300 BC, which suggested the existence of a temple dedicated to the Mesopotamian weather god Adad on this site. There was a lower town about one kilometer long outside the city center. Using geomagnetic resistance measurements, the archaeologists discovered indications of an extensive road network, various residential districts, grand houses and a kind of palatial building dating from the Bronze Age. The residents buried their dead at a cemetery outside the city. The settlement was connected to the neighboring regions of Mesopotamia and Anatolia via an overland roadway dating from about 1800 BC.

Bassetki was only known to the general public in the past because of the “Bassetki statue,” which was discovered there by chance in 1975. This is a fragment of a bronze figure of the Akkadian god-king Naram-Sin (about 2250 BC). The discovery was stolen from the National Museum in Baghdad during the Iraq War in 2003, but was later rediscovered by US soldiers. Up until now, researchers were unable to explain the location of the find. The archaeologists have now been able to substantiate their assumption that an important outpost of Akkadian culture may have been located there.

Although the excavation site is only 45 kilometers from territory controlled by the IS, it was possible to conduct the archaeological work without any disturbances. “The protection of our employees is always our top priority. Despite the geographical proximity to IS, there’s a great deal of security and stability in the Kurdish autonomous areas in Iraq,” said Professor Peter Pfälzner, Director of the Department of Near Eastern Archaeology at the IANES of the University of Tübingen. The research team consisting of 30 people lived in the city of Dohuk, which is only 60 kilometers north of Mosul, during the excavation work.
In another project being handled by the “ResourceCultures” collaborative research center (SFB 1070), Pfälzner’s team has been completing an archaeological inspection of territory in the complete area surrounding Bassetki as far as the Turkish and Syrian borders since 2013 – and 300 previously unknown sites have been discovered. The excavations and the research work in the region are due to be continued during the summer of 2017. “The area around Bassetki is proving to be an unexpectedly rich cultural region, which was located at the crossroads of communication ways between the Mesopotamian, Syrian and Anatolian cultures during the Bronze Age. We’re therefore planning to establish a long-term archaeological research project in the region in conjunction with our Kurdish colleagues,” says Pfälzner. The excavation work is being funded by the Fritz Thyssen Foundation.