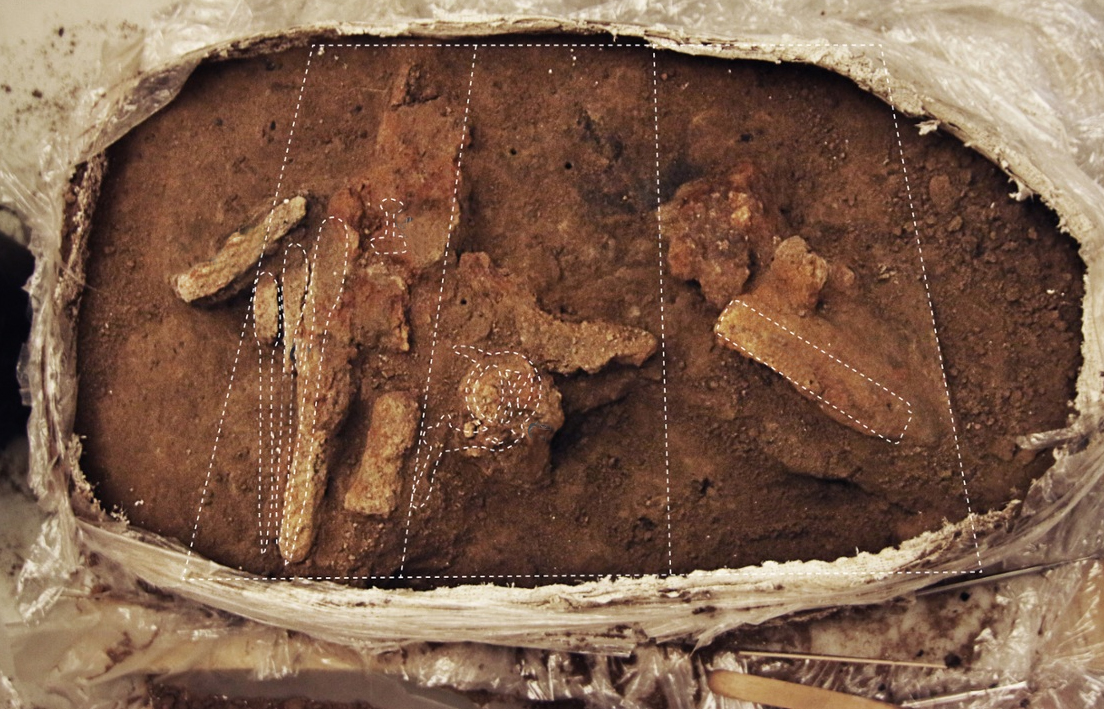 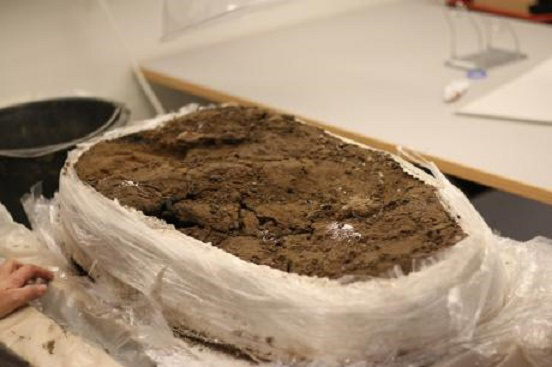 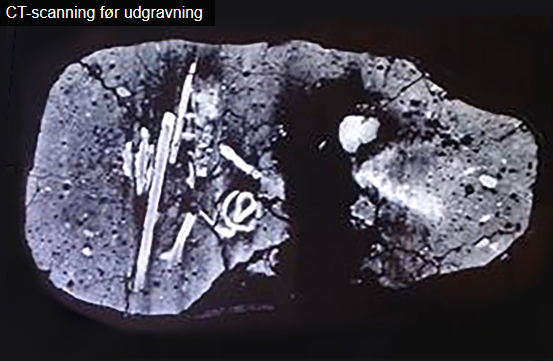 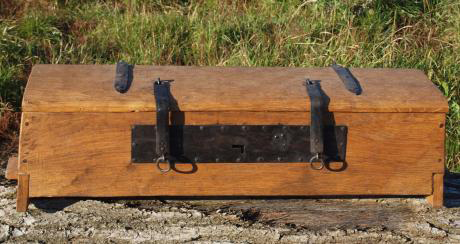 A Viking toolkit discovered in the Borgring

Discovered in the “Borgring”, the ring fortress near Køge in Denmark, a 1,000-year-old toolbox is the first direct evidence of life in the Viking castle.

Archaeologists excavating the 10th century Viking ring fortress on the island of Zealand, called “Borgring”, have found a rare 1,000-year-old toolkit at the east gate. Borgring was discovered in 2014. Since then test pits have been dug and only a few artifacts came to light, among which a single axe head.

The toolbox was discovered thanks to metal detectorists who volunteered to scan the area. The signal of the metal detectors indicated that the metal wasn’t in the top layer, so archaeologists decided to remove a whole block of soil. Then they brought the block to the local hospital where they used the CT-scanner. The scan showed there were iron objects encased within the block of soil (some of them clearly stood out, like the spoon drills and the drawplate). The objects looked like tools carefully placed in an order, suggesting they were once kept in a wooden toolkit which had decayed over time.

The excavation of the soil box (which took two days) yielded 14 objects. Some of these were too corroded to be registered. Archaeologists hope that through conservation and X-rays they will find out what the original purpose of each object was, or the type of craftsman who owned the toolkit. After they have been preserved, the tools will be put on display.

The importance of the find

The find hidden in the block of soil is very significant, as collections of tools from the Viking Age are exceptionally rare. Iron was valuable to the Vikings and if an iron object was discarded for whatever reason, they used to melt it down to repurpose it for something else.

The fact that the toolkit was found by the fortress’s east gate is also interesting, as it may have been put there after the catastrophic fire that hit the north and east gates shortly after Borgring was constructed, as blackened by fire oak timbers confirmed.

Right now archaeologists are investigating whether the gate house was used as a home or as a workshop. It was 30-40 sq.m., of space, had a fireplace and the toolkit with the precious iron tools. So the craftsman presumably lived very well. But why did he leave the premises and his toolbox? Archaeologist Nanna Holm suggests that perhaps at some point, the gate simply collapsed.

“We found the tools under the posts, so there’s some evidence that the gate collapsed, and it probably did so because they were rotten, old, and unstable. We only discovered the outline of the posts, suggesting that the rest simply rotted away. Then the tools got buried until we discovered now,” she says.