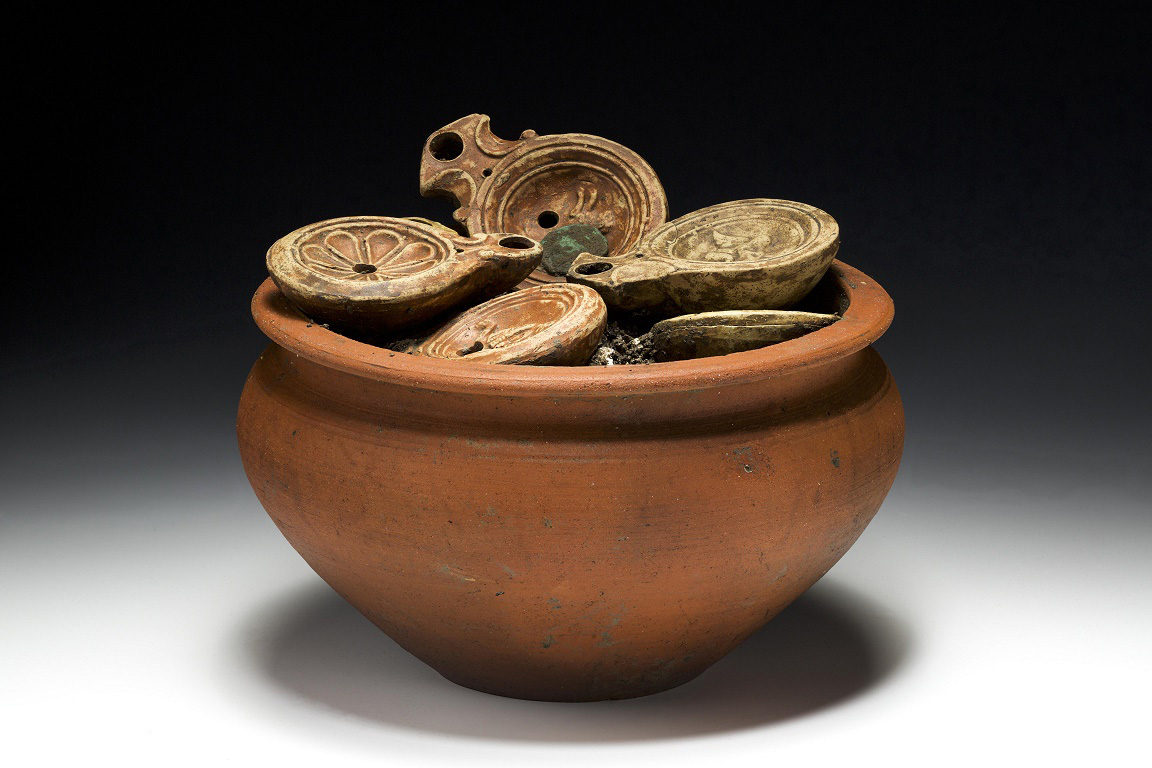 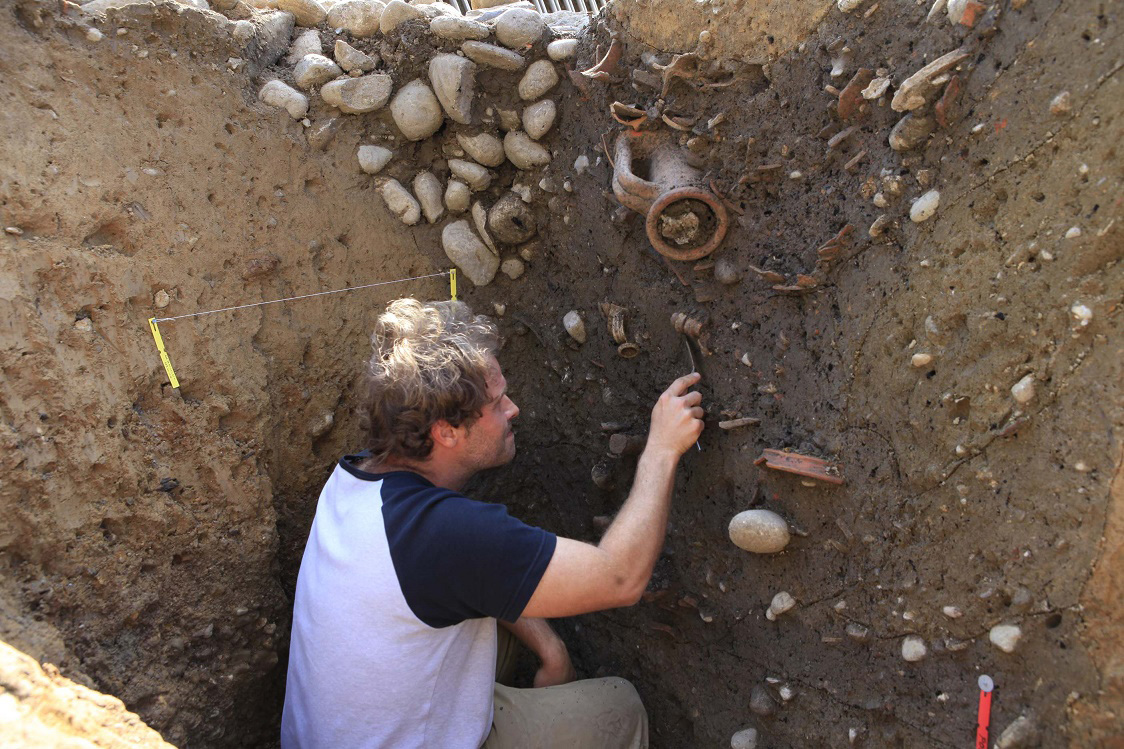 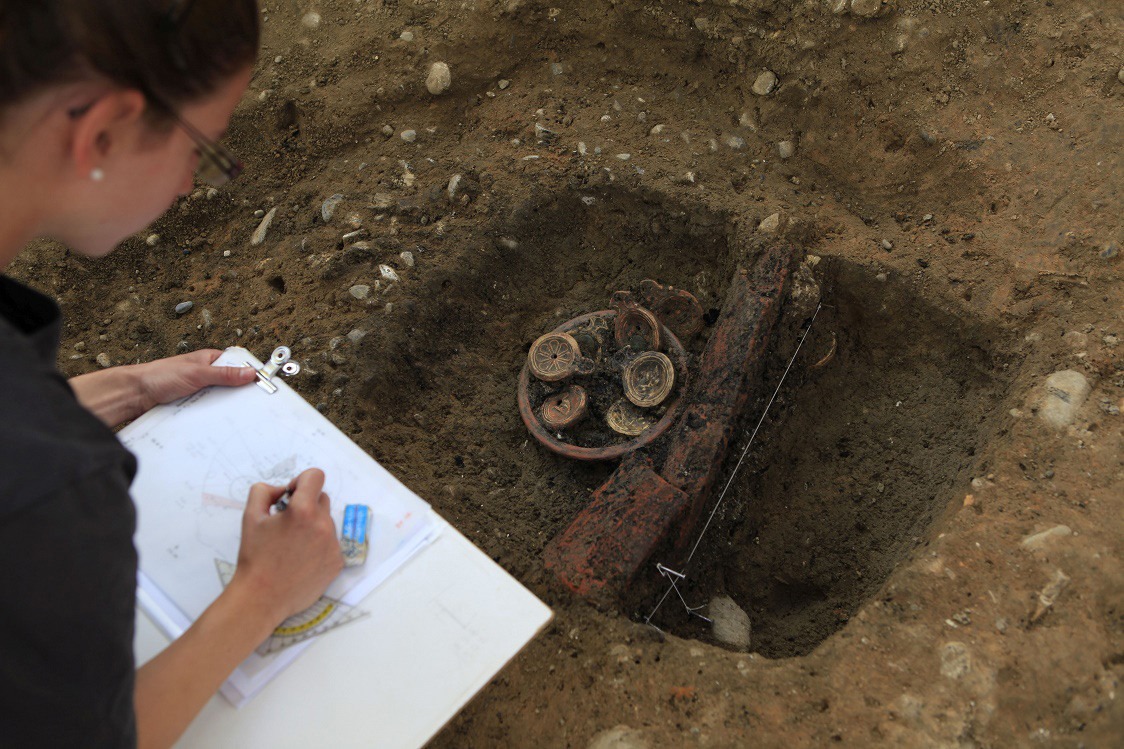 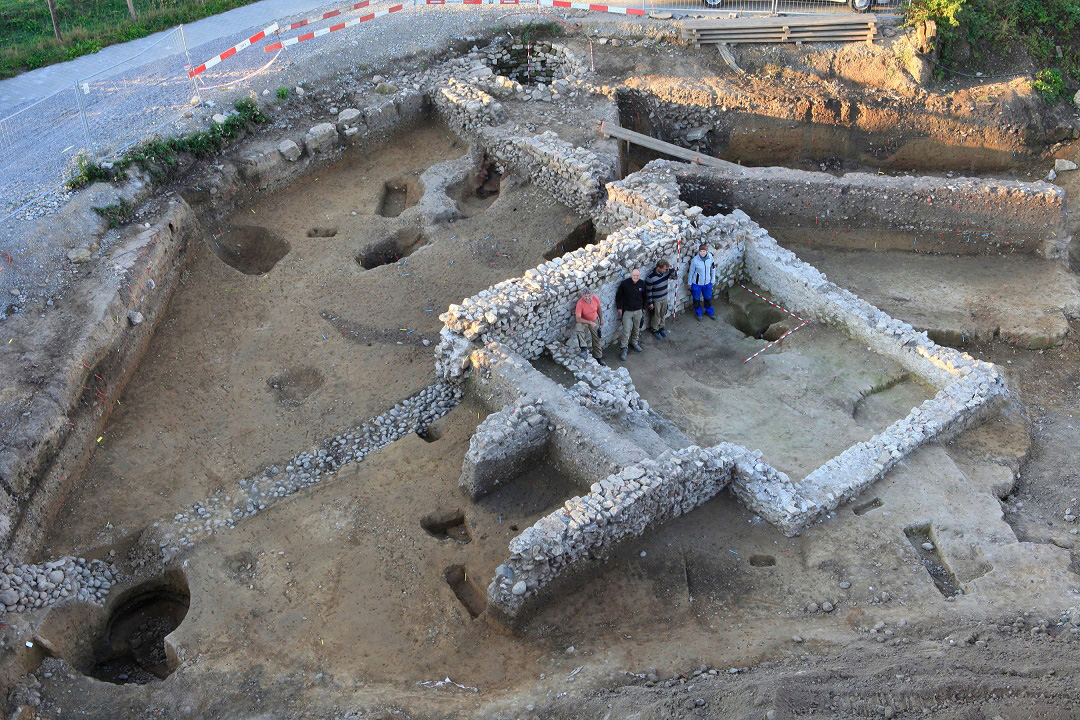 The secret of the 22 oil lamps

In the midst of Windisch, a commune in the northern Swiss canton of Aargau, an extraordinary find came to light: a Roman-era cooking pot filled with oil lamps and coins. It was buried 2,000 years ago just outside the legionary camp of Vindonissa. Archaeologists assume the discovery has a ritual background.

Just a few centimeters under the asphalt archaeologists have found a very common cooking pot of a Roman legionary. Its contents though are anything but common. Twenty-two oil lamps had been put into the pot. And on each of them, neatly placed, a bronze coin. An extraordinary find, which archaeologists made during excavations at the Zürcherstrasse in Windisch, where the superstructure “Linde” is going to be built next year, including apartments, offices and other non-residential spaces, as well as an underground garage. This is why the Aargau Canton Archaeology Department is surveying the building area since 2013. This was the second excavation campaign.

During the last few months the excavation team has revealed the remains of a 400 year-old Roman settlement. Archaeologists documented head-high stone walls, fireplaces and a deep brick shaft. The pot with its contents however was an unexpected find. “We suspect this is a ritual burial,” Aargau cantonal archaeologist Georg Matter said, stressing that this is just a speculation since there have been no comparable discoveries. The thoughts and intentions behind this burial are puzzling at the moment, Matter added.

The pot also contained charred fragments of bones. Preliminary investigations have shown that these were not human but animal bones, a fact that rules out the possibility of the pot being an urn for human remains.

“What astonished us was the quantity and the combination of coins and lamps,” Georg Matter said.

A gladiator and a peacock

Earthenware pots were a common lighting means in Roman times. Filled will olive oil, they illuminated rooms. Of course, apart from their function, what also mattered was their design. Thus on the top side of these lamps we often find pictorial representations, such as rosettes, humans, animals and depictions of mythological scenes. Depicted on the 22 oil lamps are, for instance, the moon goddess Luna, a defeated gladiator, a lion, a peacock, even an erotic scene. The bronze coins are asses, Roman basic currency unit during the 1st and 2nd c. AD. They are of low value, indicating a symbolic gesture, and the majority of them date back to 66-67 AD. This dating also matches with the type of the pot, as at that time it was the typical quotidian vessel the legionaries at Vindonissa used to cook their food in.

In front of the fortification ditches at the south of the legionary camp, there was a road with a civilian settlement on its side – this is the area where the pot was found. After Roman military units withdrew from Vindonissa in 101 AD, people settled there. The area was inhabited through the 3rd and 4th c. AD.

The superstructure “Linde” will destroy the traces of this settlement. However, they now can be documented and be preserved for posterity.

The deposit of lamps is undoubtedly one of the highlights of the Windisch excavations so far. Like all other findings, the pot is now being examined by the Canton Archaeology Department. “The evaluation will occupy us for a long time yet,” Matter says, even longer than the Zürcherstrasse excavations. While the building contractor will take over the site next year, there are still a lot of unanswered questions for archaeologists. Next on the schedule is the examination of the coins by a numismatic expert and that of the animal bones by an archaeozoologist. The lamps have been already photographed and catalogued. The coming months will show which information could further be educed from the mysterious find.