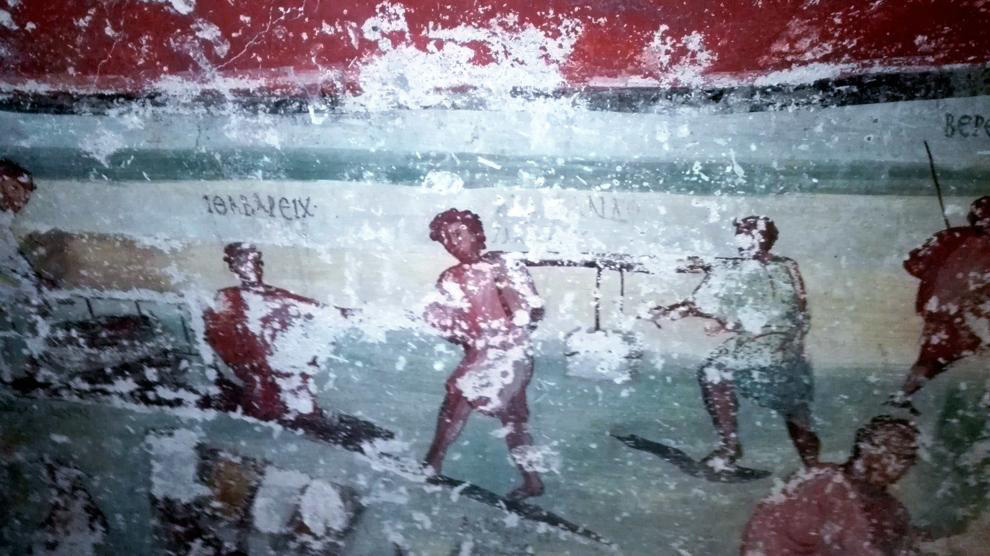 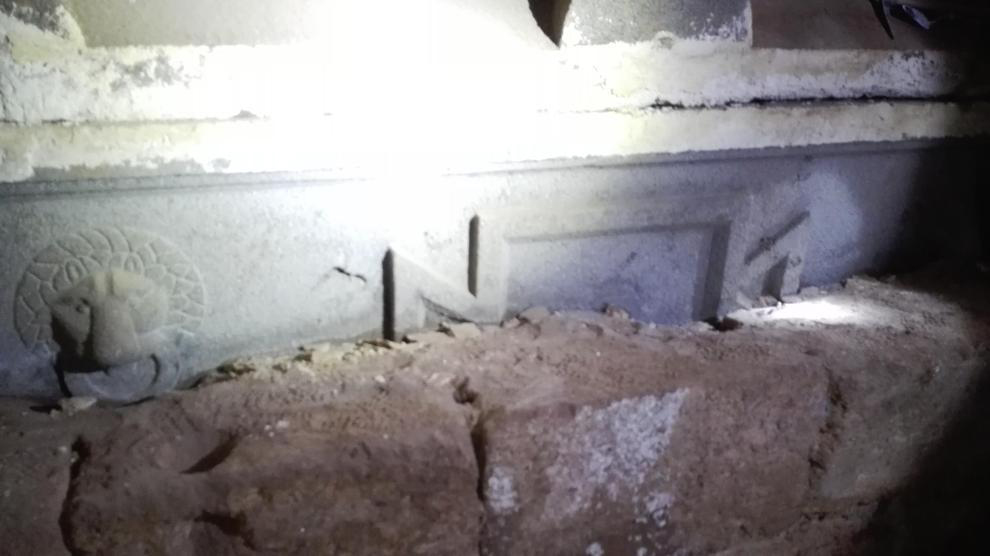 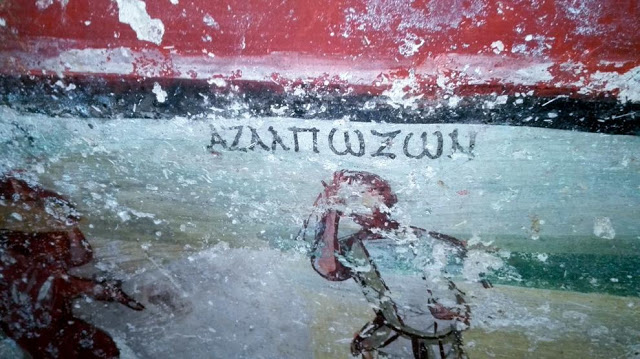 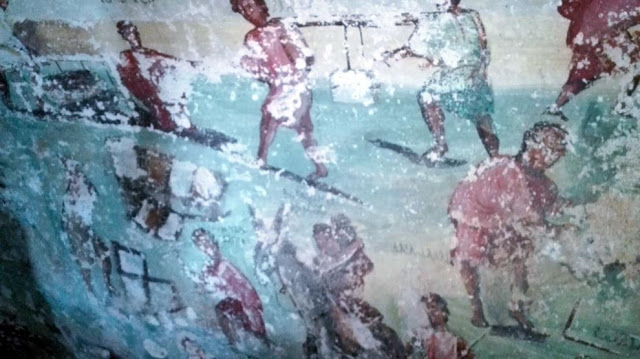 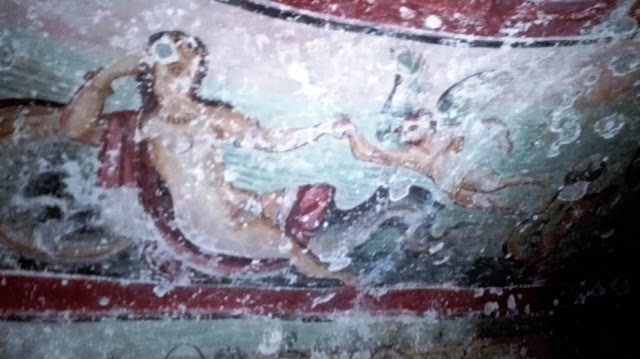 A Byzantine tomb has been discovered in the northern city of Beit Ras, during works to expand the local sewerage network. The tomb is unique because of its frescoes. According to preliminary analysis results the tomb is dated back to late Roman or early Byzantine periods.

There are two burial chambers in the tomb, one larger than the other. The main chamber contained a basalt sarcophagus decorated with carvings of two lion heads.

The second chamber contained two more graves but no artefacts.

The tomb is a unique find because of its numerous brightly coloured frescoes depicting human figures, horses and mythological scenes. These depictions will provide archaeologists with information about the funeral rites of the time.

Beit Ras is identified with ancient Capitolias, a Hellenistic and Roman city of the Decapolis built east of the Jordan River. The name Beit Ras preserves the Aramaic name, Bet Reisha, which is mentioned in the 6th-century Talmud.

The city was also mentioned in Arabic poetry as a unique place that included a theatre of the Second Century and a Byzantine Church that inspired the architectural styles used later during the Islamic and, specifically, during the early Umayyad era.