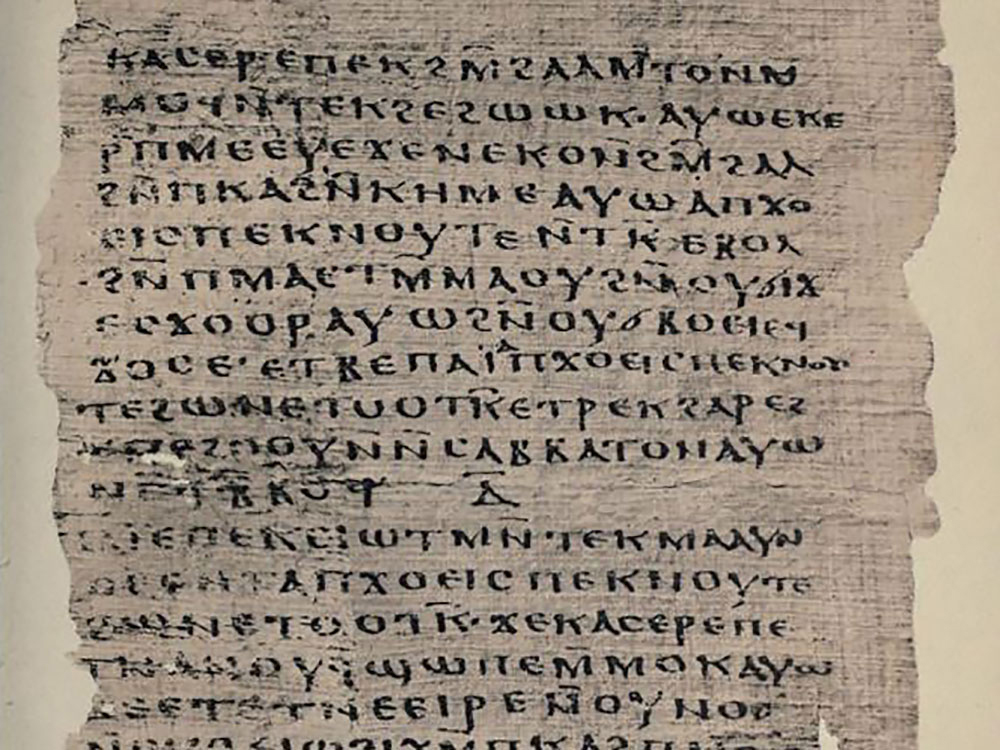 Between Tuesday December 6 and Thursday December 8 the Norwegian Institute at Athens will host the first Greek-Norwegian collaboration in the field of Coptic Studies.

The project is initiated by Alexandros Tsakos, post-doctoral fellow at the Department of Religious Studies at the University of Bergen (UiB), who currently teaches the UiB’s introductory course in Coptic (KOP101). Dr. Tsakos will be joined in Athens by the previous course instructors, Professor Einar Thomassen from UiB (who originally introduced the course) and Dr. Christian Bull, researcher at the University of Oslo/Princeton University, who was the second one to teach KOP101.

The project’s principal collaborator in Athens is Dr. Nikos Kouremenos from the University of Athens School of Theology, who is currently a post-doctoral fellow at the Hebrew University of Jerusalem. Dr. Kouremenos is teaching Coptic in Athens and will be joined at the seminar by his students and colleagues: Assistant Professor of Church History Dimitris Moschos, PhD candidates Lefteris Karakostas and Evita Sarandaridi, and MA students Vagelis Papanastasiou and Michael Youssef.

The seminar, which is closed to the public, will consist of reading, translating, and analyzing the Coptic Manuscript BL80, which is the most important source for the so-called Gospel of Bartholomew. This work was written for a recipient in Christian Nubia, which is Dr. Tsakos’s research focus. The goal of the seminar is to produce a new transcription and translation of BL80 that will be published under the co-authorship of the entire group.

Although the seminar readings will be closed to the public, on Tuesday (December 6) and Thursday (December 8) Drs. Tsakos and Moschos will present their research in public lectures at the Norwegian Institute at Athens, with the following topics: