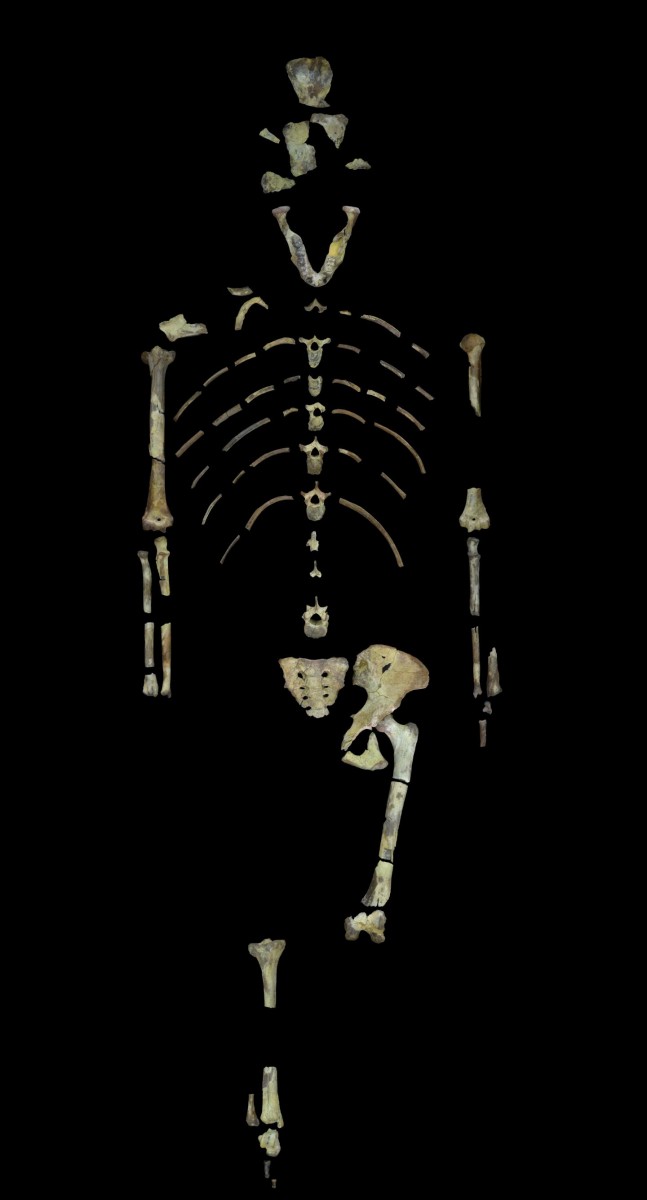 Her mobility on the ground was rather limited

Scans of bones from “Lucy,” the 3.18 million-year-old Australopithecus afarensis fossil, suggest that the relative strength of her arms and legs was in between that of modern chimpanzees and modern humans, according to a study published November 30, 2016 in the open-access journal PLOS ONE by Christopher Ruff from Johns Hopkins University School of Medicine, USA, and colleagues.

Early human ancestors are thought to have walked on the ground to some degree, but determining how much –and how well– has been difficult. This is partly because their long arms could have been remnants of their forebears rather than adaptive in their own lives. To assess how much Australopithecus afarensis used their arms in locomotion, Ruff and colleagues compared X-ray microtomography scans, in which cross-sections of an object are used to recreate a 3D model without destruction of the specimen, of Lucy’s upper arm bone (humerus) and upper leg bone (femur) with those of modern chimpanzees and modern humans.

The scans revealed that the relative strength of Lucy’s humerus and femur was intermediate between those of today’s chimpanzees and humans. This suggests that Australopithecus afarensis spent a significant amount of time using their arms to move through trees, possibly to forage for food and escape predators. In addition, analysis of Lucy’s femur suggests that Australopithecus afarensis’ walking gait may have been less efficient than that of modern humans, limiting their mobility on the ground. Based on their findings, the researchers suggest that moving through trees may have remained important to some early human ancestors for millions of years.

Ruff adds: “This is the most direct evidence to date that Lucy and her relatives actually spent a significant portion of their time in the trees.”