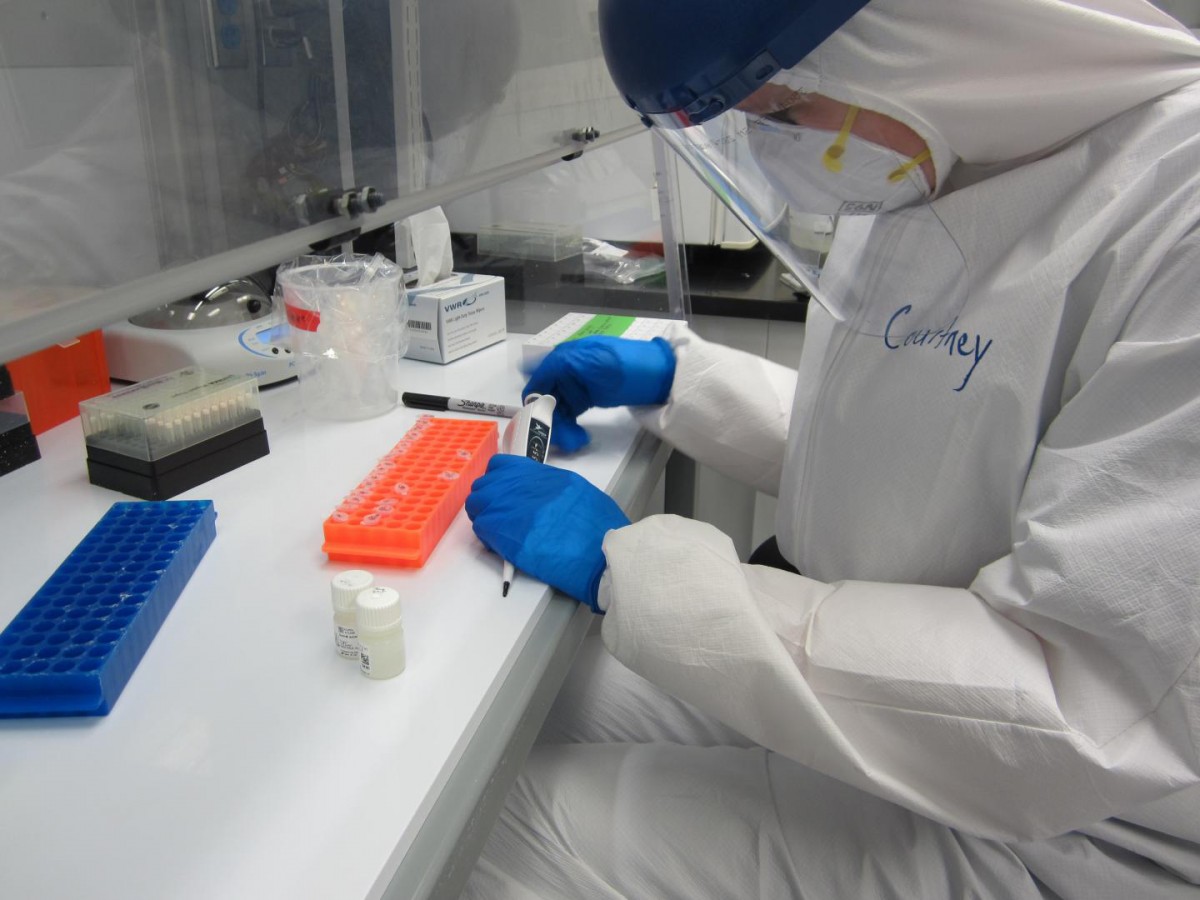 Invasive species have shaped island ecosystems and landscapes in the Gulf of Alaska, but their histories are unknown. In a study by the University of Oklahoma, Boston University and the Smithsonian Conservation Biology Institute, researchers investigated the archaeological and genetic history of the Arctic ground squirrel on Chirikof Island, Alaska. This small mammal has the ability to affect vegetation and seabirds on these islands and was introduced across much of this region as part of the historic fox farming industry.

Courtney Hofman, professor in the Department of Anthropology, OU College of Arts and Sciences, collaborated with Catherine West, professor in the Department of Archaeology, Boston University, to find that the current population of squirrels has been on Chirikof Island longer than previously assumed. Hofman and West used archaeological squirrel remains recovered from middens to directly radiocarbon date the squirrels; to look for evidence of prehistoric human use of squirrels; and to perform ancient DNA analysis of the dated squirrel remains.

This study challenged the assumption that ground squirrels were introduced to the islands by historic settlers, and the researchers argued instead that these squirrels arrived on the island much earlier than previously thought. Data from these three lines of evidence were used to assess the antiquity and genetic stability of Chirikof’s ground squirrel population and to reconsider the role of long-term data in the determination of native and indigenous species. Analysis confirmed that the squirrels were already present on Chirikof Island at least 2,000 years ago, and the current population is closely related to the historical ancient population.

The Alaska Maritime National Wildlife Refuge manages many Gulf of Alaska Islands, including Chirikof, and must determine whether a species is native or introduced before choosing how to appropriately maintain its population. The longevity of the Chirikof squirrel population complicates its classification as an “invasive” or “native” species. The data gathered from OU and Boston University researchers has implications for maintaining the squirrel’s local population and the island’s restoration.

“Utilizing interdisciplinary methods, such as ancient DNA, accelerator mass spectrometry radiocarbon dating and zooarchaeology, allows us to address Complex but really important questions about the history of invasive species,” said Hofman. “If a species arrives in a new environment or is introduced by ancient people, how long is enough time for a species to be considered “native” or part of the ecosystem–1,000 or 10,000 years ago?”