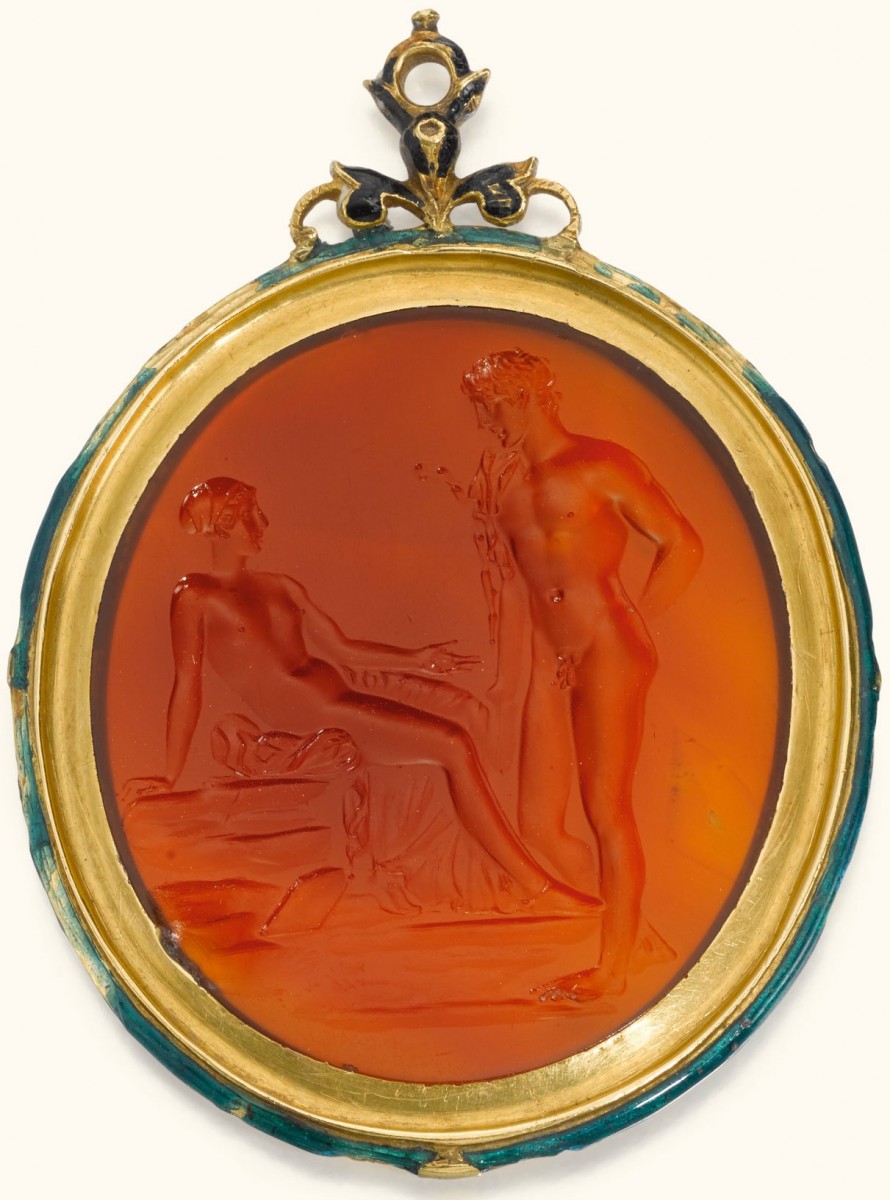 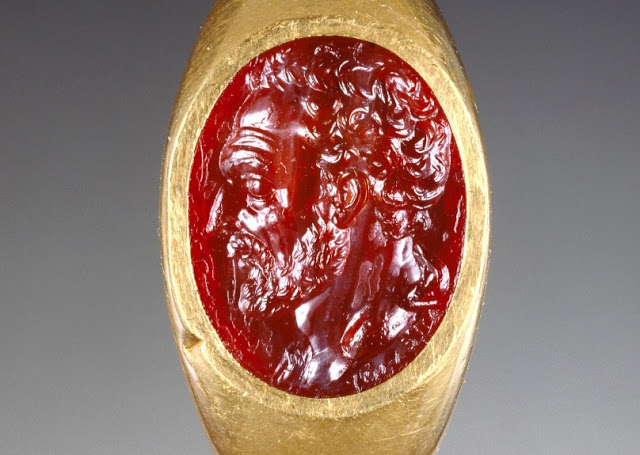 The gem—made of sard, a reddish-brown translucent quartz—is exquisitely engraved. The identity of the artist is uncertain, although the scholar Marie-Louis Vollenweider has suggested it is the work of Aulos, one of the finest engravers working in the circle of the imperial court of Emperor Augustus in the late first century B.C., who signed several other gems of related style. The beautiful gilt mount dates from the eighteenth century.

“The gem’s superb quality, impressive size, and excellent condition will enhance our holdings of engraved gems, one of the strengths of the Museum’s antiquities collection,” said Timothy Potts, director of the Getty Museum. “It will go on view in the Villa’s reinstalled galleries alongside other engraved gems, including our amethyst Apollo attributed to the engraver Solon and the engraved gem of the head of Demosthenes signed by Apelles.”

The gem has a long and interesting provenance. It first appeared in Paris in the seventeenth century in the well-known collection of Pierre-Jean Mariette (1694-1774) and passed through several owners, including the Duke of Marlborough, Winston Churchill’s ancestor, before being acquired from Kurt Walter Bachstitz, an art dealer in the Netherlands, for Hitler’s proposed museum in Linz, Austria. The gem was recovered by the Allied military in 1945 and, following U.S. policy, restituted to the Netherlands. The Netherlands transferred it to the heirs of Bachstitz in 2016.

It joins several other significant recent Museum acquisitions: another Roman gem of the first century B.C. engraved with the image of Herakles Carrying the Cretan Bull signed by the artist Moschos; Portrait of the Sculptor Roland (1797), a painting by Franςois-André Vincent (1746 – 1816); A Shaded Avenue, a drawing of about 1774 by French artist Jean-Honoré Fragonard (1732 -1806); A Regatta on the Grand Canal, a drawing from about 1778 by Italian artist Francesco Guardi (1712 -1793); and two late Classical style black-glaze vases from Southern Italy.