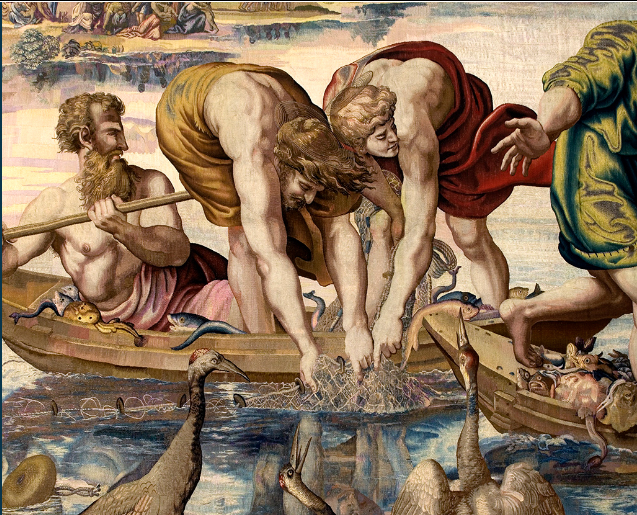 Tapestries of Louis XIV at the Getty

Colorful and glittering tapestries, handwoven after designs by the most renowned artists, were the ultimate expression of status, power, taste, and wealth. As patron, heir, and collector, Louis XIV, vastly augmented the prestigious French royal collection of tapestries. With rare loans from the French state, this exhibition presents a selection of monumental tapestries that evoke the brilliance of the Sun King’s court.

The Sun King, Louis XIV of France, who reigned from 1643 to 1715, formed the greatest collection of tapestries in early modern Europe. Extraordinary resources of time, money, and talent were allocated to the creation of these works, which were meticulously woven by hand with wool, silk, and precious metal-wrapped thread, after designs by the most esteemed artists. As patron, heir, and collector, Louis XIV vastly augmented the prestigious French royal collection of tapestries. Displayed within his palaces while in residence and in outdoor courtyards on feast days, these monumental hangings embodied and proclaimed his magnificence. The legacy of tapestry weaving as a national endeavor continues in France today, with state commissions from contemporary artists such as Raymond Hains who designed Diptyque/I. With rare loans from the Mobilier National, this major international loan exhibition presents a selection of grand tapestries that evoke the brilliance of the Sun King’s court. This exhibition was organized by the J. Paul Getty Museum in association with the Mobilier National et les Manufactures Nationales des Gobelins, de Beauvais et de la Savonnerie.