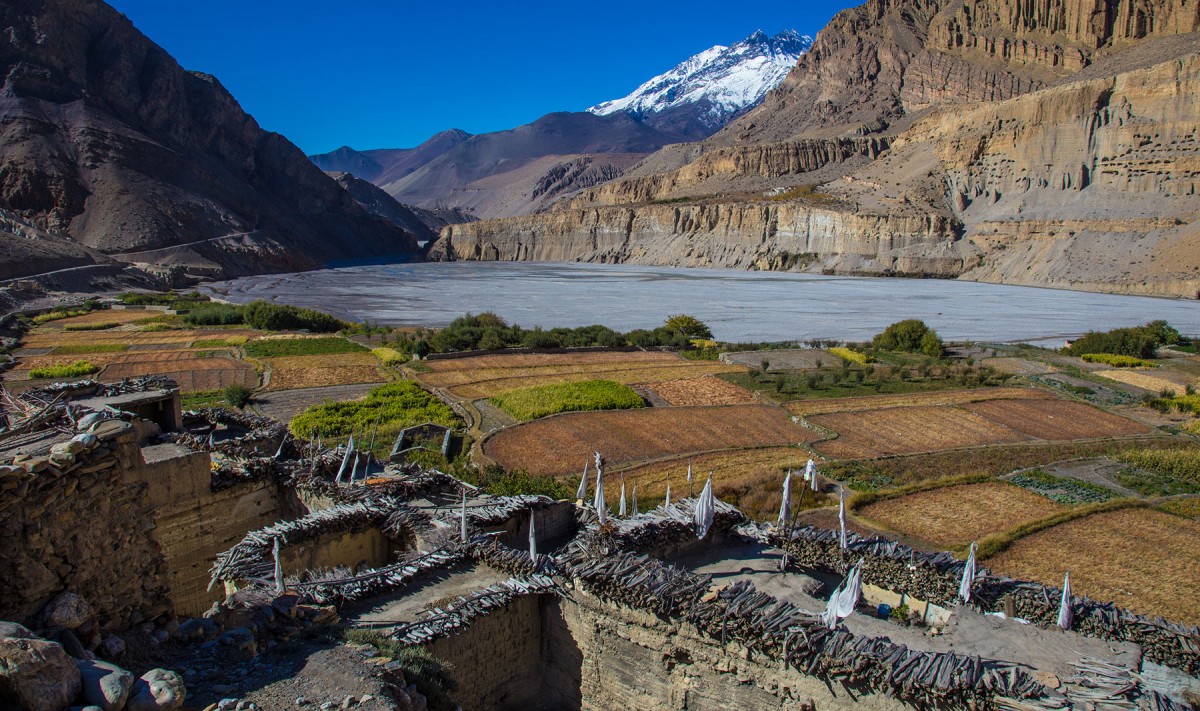 Humans likely established permanent settlements on the high-altitude Tibetan Plateau between 13,000-7,400 years ago, according to new research published this week in the journal Science.

That conclusion challenges the previously held view that permanent human occupation of the Tibetan Plateau began no earlier than 5,200 years ago, after the advent of agriculture. The new finding is, however, consistent with research on the genetics of modern Tibetan Plateau people showing that they adapted genetically to the high-elevation environment beginning at least 8,000 years ago.

The researchers conducted an extensive analysis of human handprints and footprints found in 1998 in fossilized hot spring mud near the village of Chusang on Tibet’s central plateau, at an elevation of 14,000 feet above sea level. Early analysis of the archaeological site indicated that the prints were made by people about 20,000 years ago, but the more thorough analysis dates them to at least 7,400 years ago, and possibly as early as 13,000 years ago. That still makes the Chusang site the oldest reliably dated archaeological site on the Tibetan Plateau.

While some have suggested that a human presence on the Tibetan Plateau at those early dates was only a result of short-term, seasonal movement from low-elevation base camps, the new research shows that it is much more likely that the handprints and footprints were made by permanent residents. Haas shows that the distance between lowland environments and the Chusang site would have required at least 230 miles of foot travel across the Himalayan arc — a path far too long and treacherous for temporary use of the site, and far greater than what has been documented among most historic hunter-gatherers.

The early Tibetan Plateau settlers managed to survive at high elevation at least 7,400 years ago, before the development of an agricultural economy between 5,200-3,600 years ago.

“Although an agropastoral lifeway may have enabled substantial population growth after 5,000 years, it by no means was required for the early, likely permanent, occupation of the high central valleys of the Tibetan Plateau,” the researchers wrote.

Haas says the research sheds new light on human colonization of high-elevation environments. For example, researchers have been puzzled by the striking differences in how Tibetans and Andean highlanders adapted physiologically to the rigors of life at high elevations.

“High-elevation environments (over 8,000 feet above sea level) were some of the last places in the world that humans colonized, and so they offer something of a natural laboratory for studying human adaptation,” Haas says. “Research on high-elevation populations around the world tells us that there were multiple adaptive pathways involving various combinations of physiological, genetic and cultural responses. Our findings clarify that genetic and cultural responses on the Tibetan Plateau played out over considerably longer time spans than previously thought.”