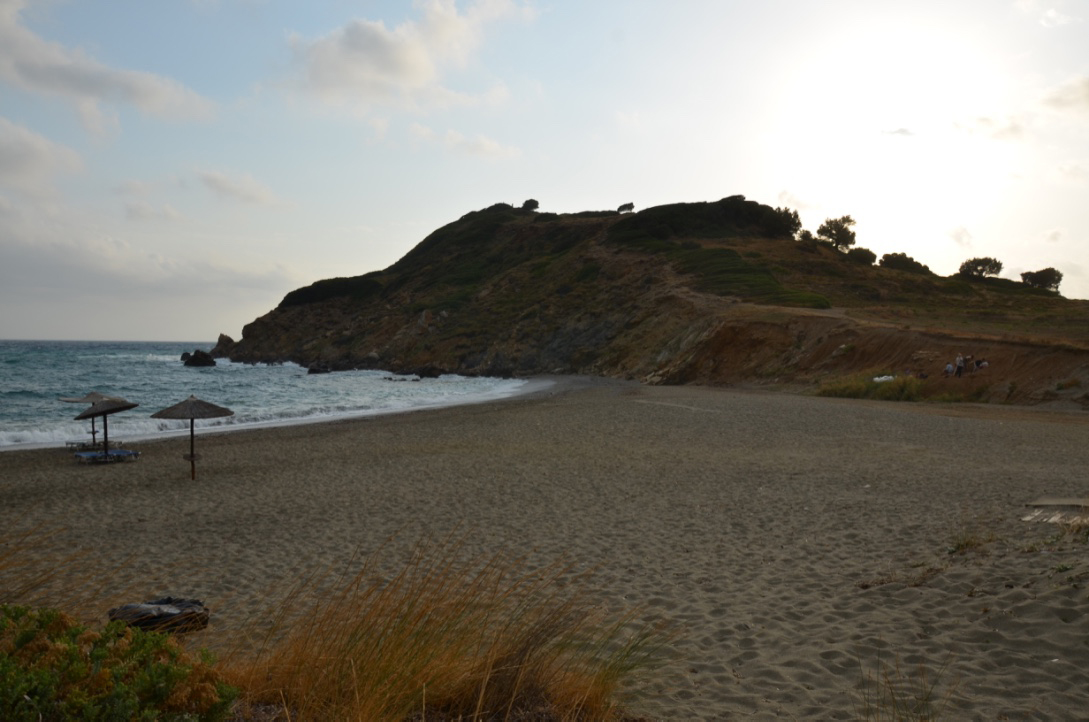 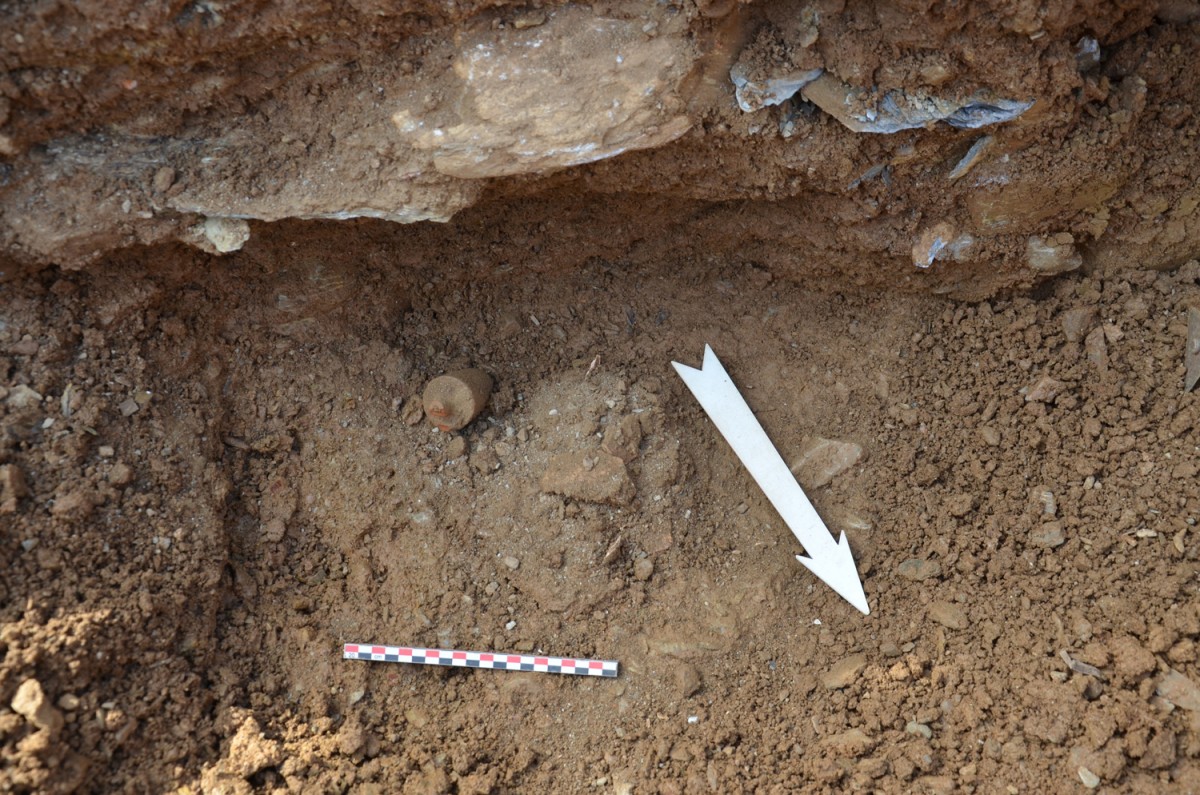 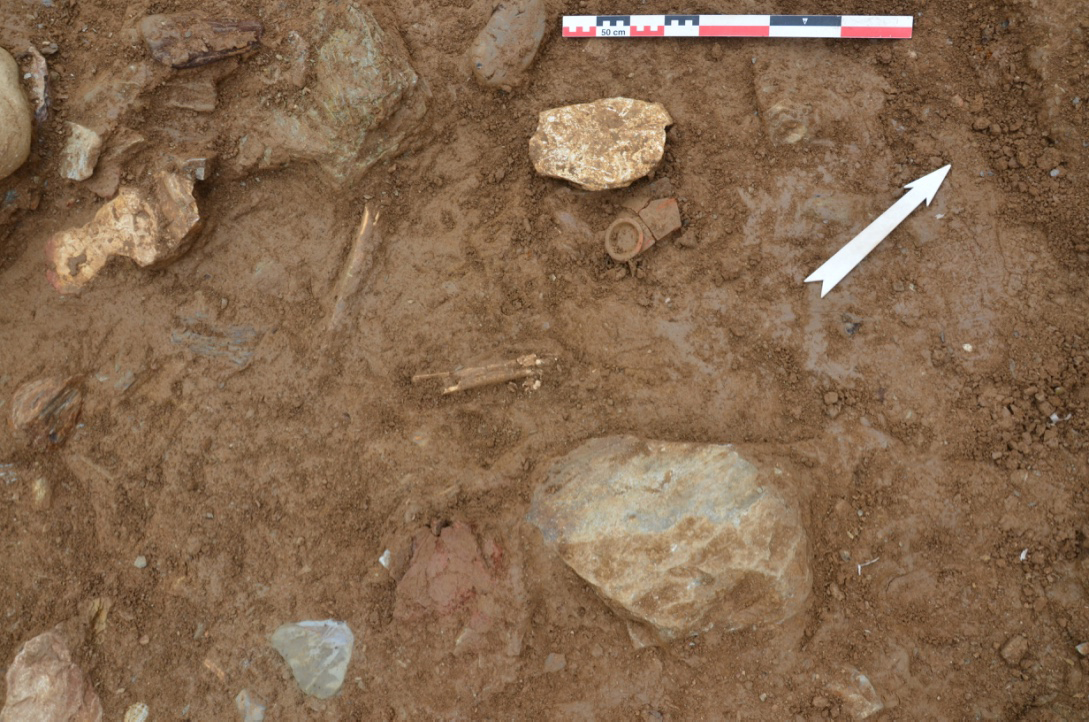 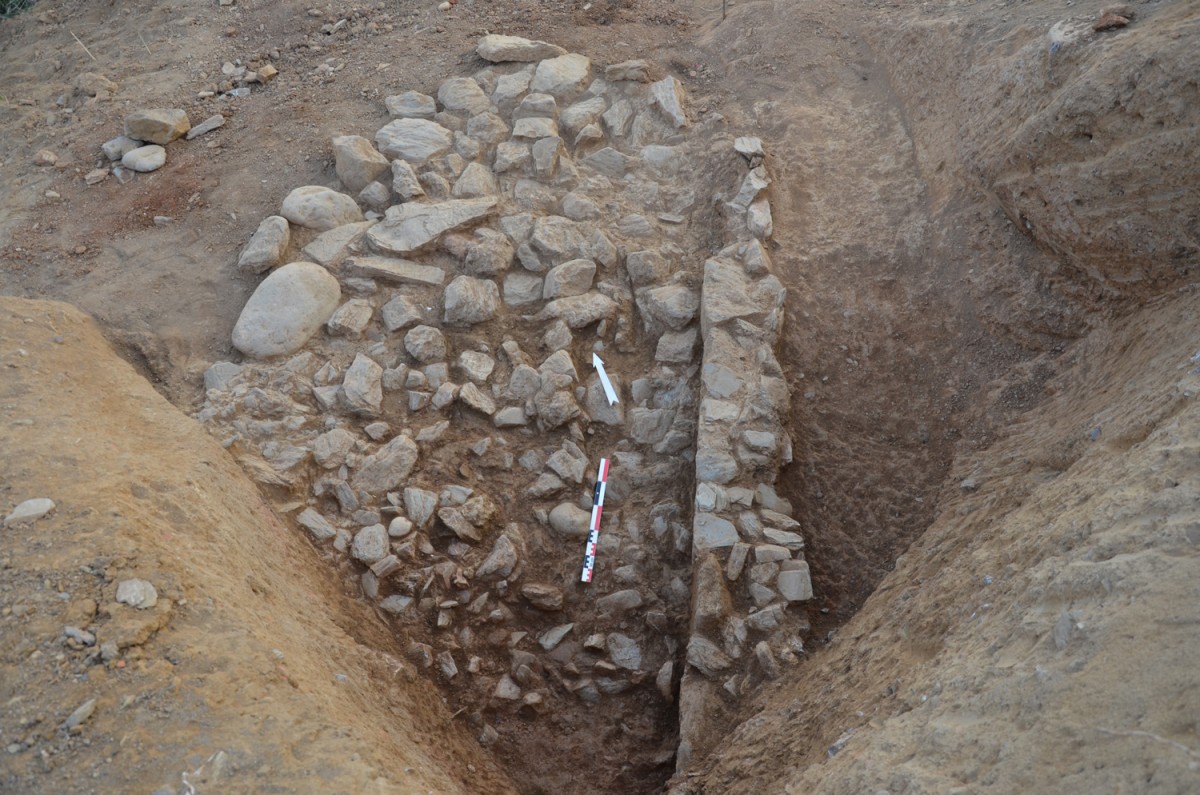 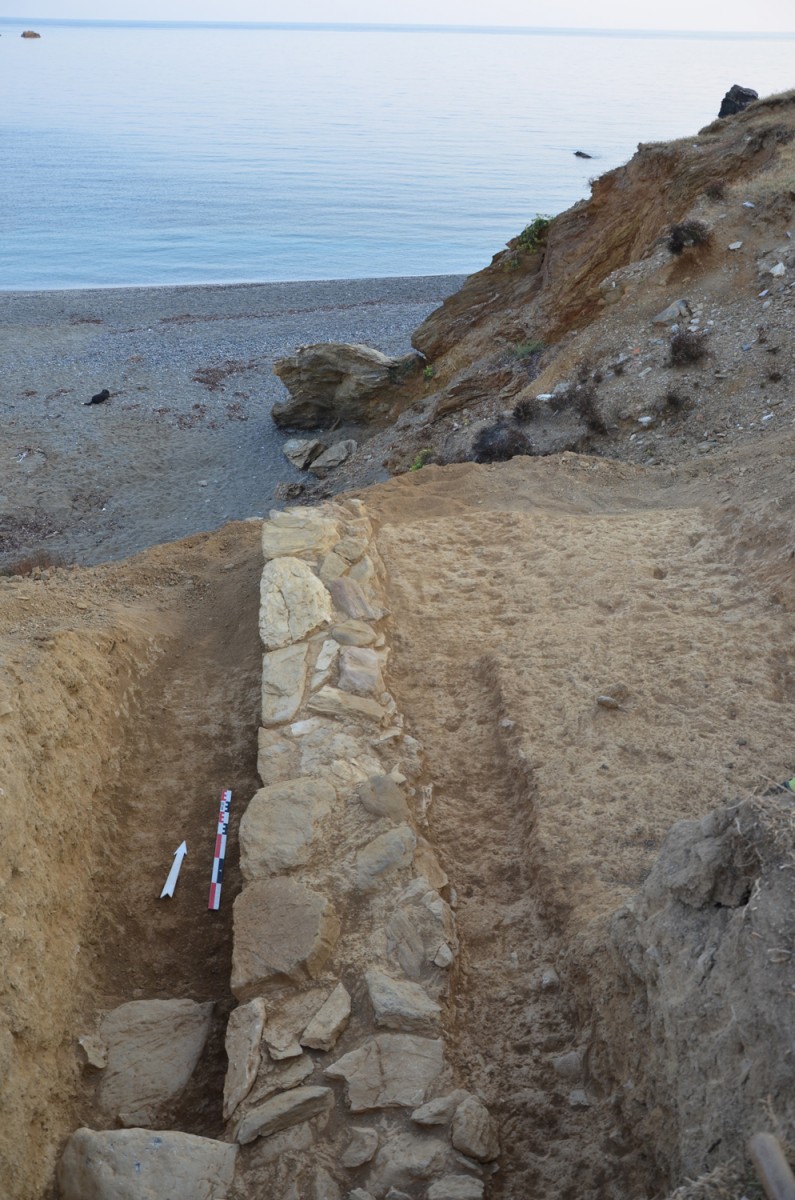 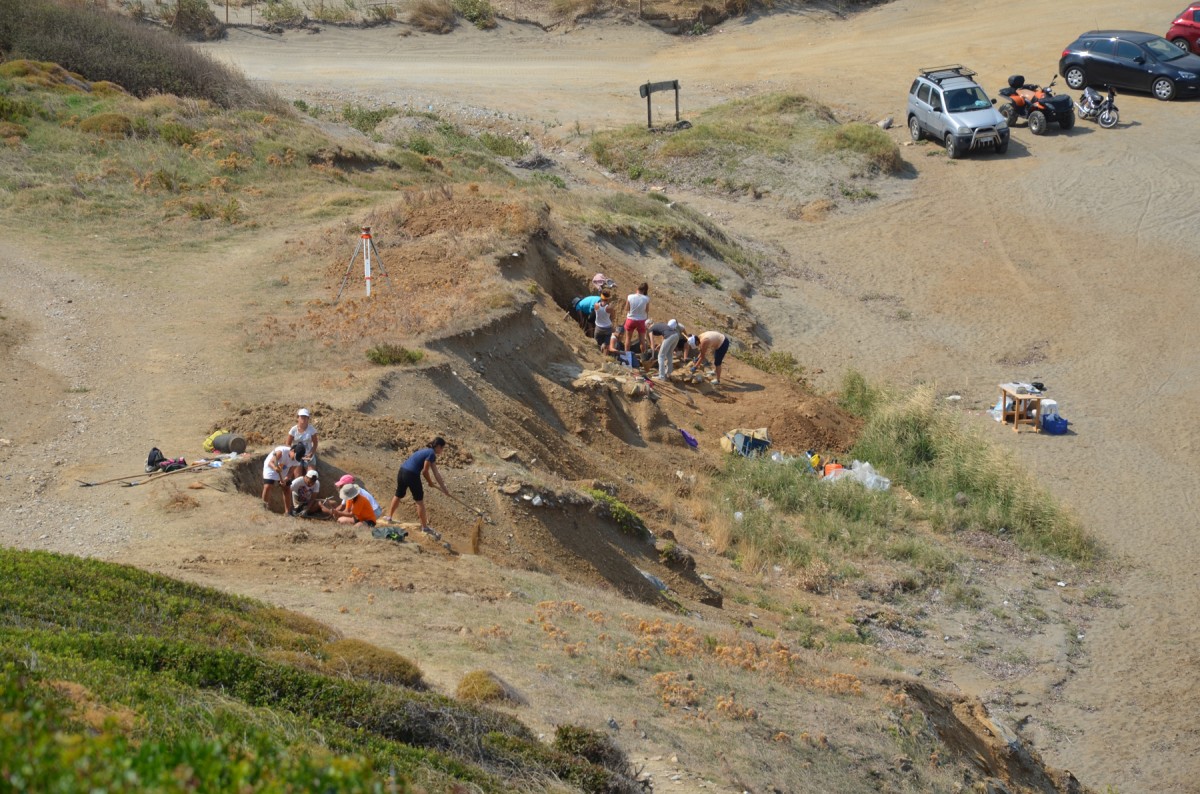 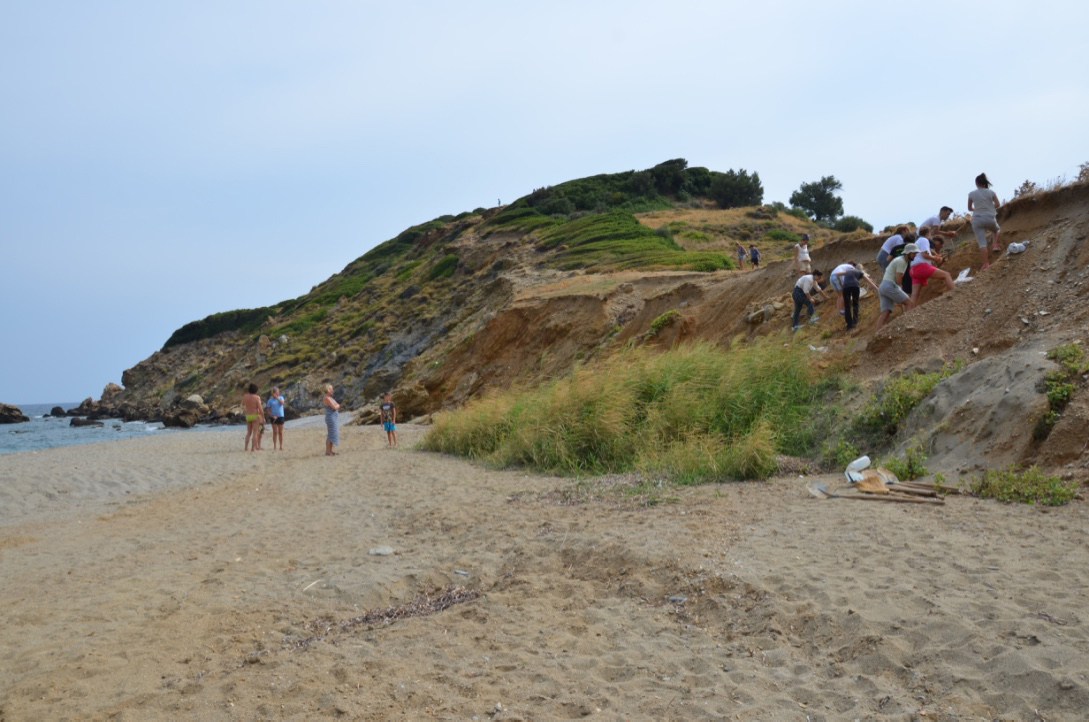 Excavations at the “Kephala” site of Skiathos have been completed

New finds in the “West Cemetery”

The five year excavation programme at the “Kephala” site on the island of Skiathos has been recently completed. It is one of the lesser-known sites of Greece and the only one from the Early Historic times in Northern Sporades which is undergoing systematic excavation survey. The excavation lasted two weeks (5-17 September 2016) and was conducted by the University of Thessaly, in collaboration with the Ephorate of Antiquities of Magnesia, and headed by Professor A. Mazarakis Ainian and the Honorary Director A. Doulgeri-Intzesiloglou with the contribution of archaeologists E. Chrysopoulou (Ephorate of Antiquities of Magnesia), A. Alexandridou (Free University of Brussels) and students of archaeology.

The investigations were funded by the University of Thessaly and supported by the Municipality of Skiathos. The restoration of movable finds is being undertaken by restorers of the Museum of Volos and the osteological study by Dr Anastasia Papathanasiou.

New finds at the “West Cemetery”

The excavation works were limited to the area of the so-called “West Cemetery” of the Xanemos Bay, along the coast, and to the northwestern slope of the Kephala Hill. The aim was to locate more burials within the cemetery (after the two pithos burials and a common burial revealed in the years 2014 and 2015), as well as to complete the investigation of some structures found outside the walls of the settlement in 2015.

Thus, three trial trenches were opened in the area of the West Cemetery, on the beach of Xanemos, which exposed two (possibly three) burials.

At a depth of around 0.7m, the disturbed Tomb ΙV/2016 was located. It is a simple pit grave, where an adult had been buried. Unfortunately, the burial is disturbed. A few bones and pottery sherds (an oinochoe, a ring-based krater, a skyphos with hanging semi-circles), found approximately 0.50m higher, might belong to another disturbed burial, namely the Tomb V/2016.

Among the grave-goods of Tomb IV, there are pins of bronze fibulae, a big fragment of a bronze fibula with a flat disc-shaped head and a globule, two bronze hair rings, along with sherds of clay vases (oinochoae, an amphoriskos, a hand-made jug).

In the northeastern corner of the trench, but on a higher level, an intact unpainted clay figurine of a bovine and an elongated bone were found in an accumulation of plate-shaped stones.

Based on the preliminary dating of some characteristic pots, the burials might date back to the Late Protogeometric period (second half of the 10th c. BC).

Another grave (VI/2016) was found just a few meters south of the previous ones and at a greater depth. This is a pit burial with a NS orientation (the head of the deceased placed north). The grave was covered by three big plate-shaped stones, and possibly had a roughly dressed stone as a grave marker. A big part of the skeleton was found in situ. An intact black-figured lekythos with an anthemion decoration, dating to 490-480 BC, was found beside the cranium.

The structures on Kephala Hill

On the north-northwestern slope of the settlement a semi-circular structure (Δ1), measuring 3x2m, made of untreated stones, was investigated. This “table” must have served as a base of an upper structure of mud bricks which were not preserved (some red-hot mud bricks and accumulations of charcoal were identified). On the structure several shells and a few sherds (not particularly characteristic) were found.

Adjacent to the “table” a retaining wall of 2.0m length was revealed, with a NW-SE orientation. It is built of big treated stones with smaller ones between them. The wall was built prior to the “table”.

It is difficult to interpret the presence of shells, while the charcoal traces suggest the existence of a workshop.

Pottery and other finds at the structure were scarce, but nevertheless allowed archaeologists to determine that it was built in the middle or the third quarter of the 6th c. BC. A few pottery sherds of the 7th c. BC at a lower level might be linked to the retaining wall.

Further to the east, on the slope, and c. 3m higher, part of a retaining wall (Δ5, revealed at a length of 3m) was investigated. The existence of retaining walls in a jagged arrangement on the slope of this hill suggests that the city expanded outside its walls during the Archaic period. This expansion must relate to activities of the workshops which are located in a distance from the settlement’s centre.

As pointed out in the announcement of the excavation team, the “Kephala” site of Skiathos is of particular significance. The finds which have come to light until now suggest it was an important early settlement of the central Aegean, in the immediate vicinity of Thessaly and Euboea in particular. Skiathos, like the neighbouring islands of Northern Sporades, must have been the intermediate station for the very mobile Euboeans, while they travelled towards the Thermaic Guld and Chalkidiki. The geographical location of the “Kephala” site was ideal for the contacts between central and northern Helladic space, not only during the earlier and main phase of the settlement’s flourishing, but during the entire period of its existence.