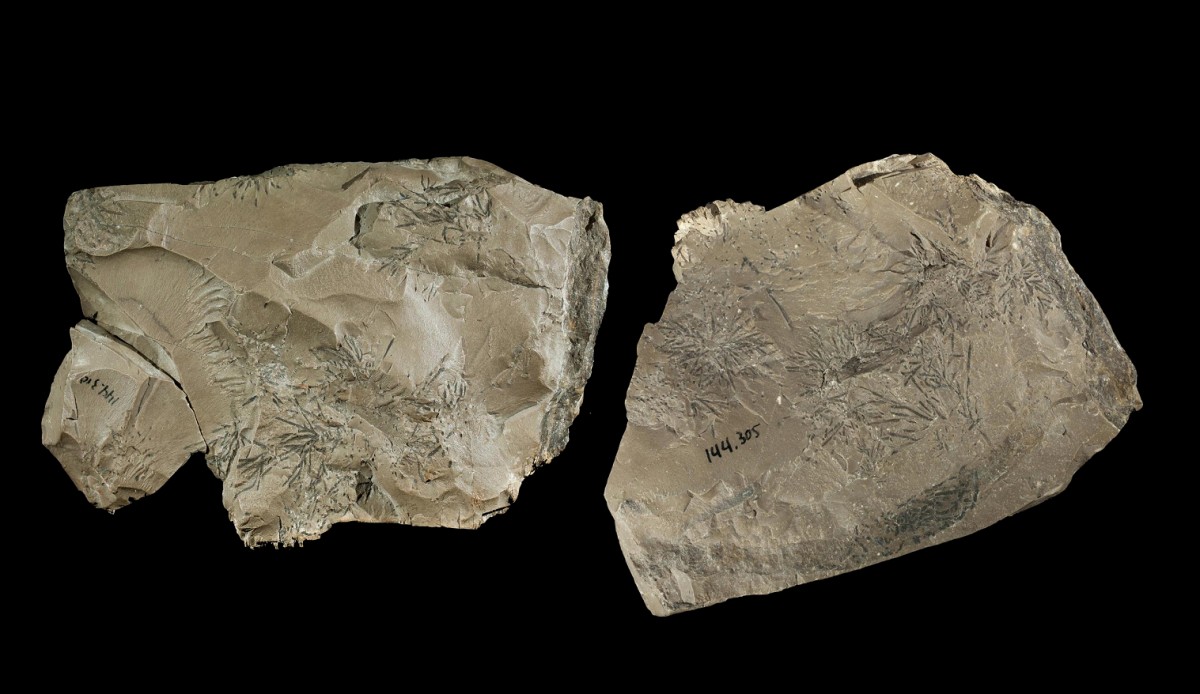 An international group that includes a University of Kansas researcher has discovered a brownish piece of split limestone in a site in Croatia that suggests Neanderthals 130,000 years ago collected the rock that stands out among all other items in the cave.

“If we were walking and picked up this rock, we would have taken it home,” said David Frayer, a professor emeritus of anthropology who was part of the study. “It is an interesting rock.”

The finding is important, he said, because it adds to other recent evidence that Neanderthals were capable — on their own — of incorporating symbolic objects into their culture. The rock was collected more than 100 years ago from the Krapina Neanderthal site, which has items preserved in the Croatian Natural History Museum in Zagreb, where in recent years the research team has re-examined them.

The group’s findings on the collected rock at Krapina were published recently in the French journal Comptes Rendus Palevol. Davorka Radovčić, curator at the Croatian Natural History Museum, was the study’s lead author, and Frayer is the corresponding author.

The same research group in a widely recognized 2015 study published a PLOS ONE article about a set of eagle talons from the same Neanderthal site that included cut marks and were fashioned into a piece of jewelry.

“People have often defined Neanderthals as being devoid of any kind of aesthetic feelings, and yet we know that at this site they collected eagle talons and they collected this rock. At other sites, researchers have found they collected shells and used pigments on shells,” Frayer said. “There’s a little bit of evidence out there to suggest that they weren’t the big, dumb creatures that everybody thinks they were.”

Similar to the Neanderthal jewelry discovery at Krapina, Frayer credits Radovčić’s keen eye in examining all items found at that the site, originally excavated between 1899-1905 and found to contain Neanderthal bones.

The cave at the Krapina site was sandstone, so the split limestone rock stuck out as not deriving from the cave, Frayer said. None of the more than 1,000 lithic items collected from Krapina resemble the rock, but the original archaeologists apparently did nothing more with the rock other than to collect it.

Frayer said the limestone rock — which is roughly five inches long, four inches high and about a half-inch thick — did not have any striking platforms or other areas of preparation on the rock’s edge, so the research team assumed it was not broken apart.

“The fact that it wasn’t modified, to us, it meant that it was brought there for a purpose other than being used as a tool,” Frayer said.

There was a small triangular flake that fits with the rock, but the break appeared to be fresh and likely happened well after the specimen was deposited into the sediments of the Krapina site. Perhaps it occurred during transport or storage after the excavation around 1900, he said.

The look of the rock also caught the researchers’ eye as many inclusions or black lines on it stood out from the brown limestone. Perhaps that is what made the Neanderthal want to collect it in the first place.

“It looked like it is important,” Frayer said. “We went back through all the collected items to make sure there weren’t other rocks like it. It just sat there for 100 years like most of the other stuff from the site. The original archaeologists had described stone tools, but didn’t pay any attention to this one.”

They suspect a Neanderthal collected the rock from a site a few kilometers north of the Krapina site where there were known outcrops of biopelmicritic grey limestone. Either the Neanderthal found it there or the Krapinica stream transported it closer to the site.

The discovery of the rock collection is likely minor compared with other discoveries, such as more modern humans 25,000 years ago making cave paintings in France. However, Frayer said it added to a body of evidence that Neanderthals were capable assigning symbolic significance to objects and went to the effort of collecting them.

The discovery could also provide more clues as to how modern humans developed these traits, he said.

“It adds to the number of other recent studies about Neanderthals doing things that are thought to be unique to modern Homo sapiens,” Frayer said. “We contend they had a curiosity and symbolic-like capacities typical of modern humans.”