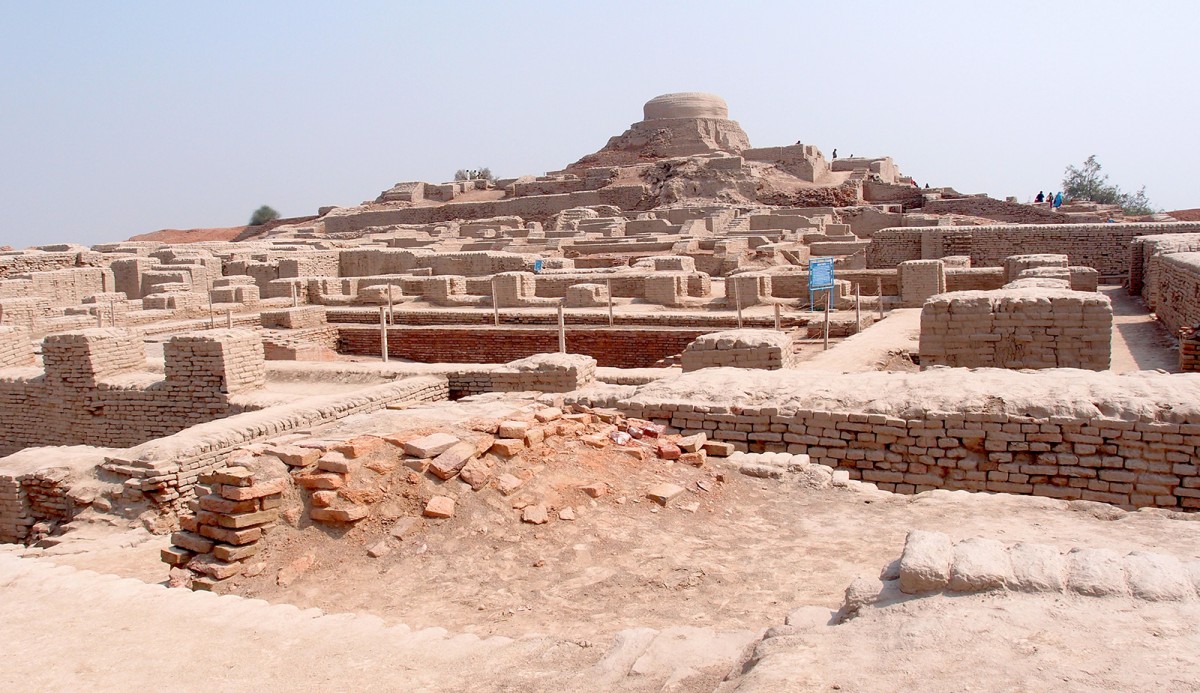 Part of the Land, Water and Settlement project

With climate change in our own era becoming increasingly evident, it’s natural to wonder how our ancestors may have dealt with similar environmental circumstances.

New research methods and technologies are able to shed light on climate patterns that took place thousands of years ago, giving us a new perspective on how cultures of the time coped with variable and changing environments.

A new article in the February issue of Current Anthropology explores the dynamics of adaptation and resilience in the face of a diverse and varied environmental context, using the case study of South Asia’s Indus Civilization (c. 3000-1300 BC). Integrating research carried out as part of the Land, Water and Settlement project — part of an ongoing collaboration between the University of Cambridge and Banaras Hindu University — that worked in northwest India between 2007 and 2014, the article looks at how Indus populations in north-west India interacted with their environment, and considers how that environment changed during periods of climate change.

Lead author, Dr. Cameron Petrie of the Division of Archaeology, University of Cambridge notes that “for most ancient complex societies, water was a critical factor, and the availability of water and the way that it was managed and used provide critical insight into human adaptation and the resilience of subsistence practices”.

Most early complex societies developed in regions where the climatic parameters faced by ancient subsistence farmers were varied, but not especially diverse. The Indus Civilization developed in a specific environmental context, where the winter and summer rainfall systems overlapped. There is now evidence to show that this region was subject to climate change during the period when the Indus Civilization was at its height (c.2500-1900 BC). The Indus Civilization therefore provides a unique opportunity to understand how an ancient society coped with diverse and varied ecologies and change in the fundamental and underlying environmental parameters.

In the early Holocene, the Indus Civilization was situated in proximity to Kotla Dahar, a deep lake, implying regular and consistent rainfall input to offset evaporation, which given its location, would have been primarily monsoonal. The lake showed evidence for two dramatic decreases in monsoon rainfall and a progressive lowering of the lake level. The second of these shows Kotla Dahar becoming completely ephemeral ca. 2200-2000 BC as a result of an abrupt weakening of the monsoon, and the weakening of the monsoon is visible in speleothem records in Oman and northeast India. The proximity of the Kotla Dahar record to the area occupied by Indus populations shows that climate must be formally considered as a contributing parameter in the process of Indus deurbanization, at least in the context of the plains of northwest India.

It has long been hypothesized that there was variation in the subsistence practices used by Indus populations and this fits with the theme of coping with diverse environments. Petrie comments that “we argue that rather than being forced to intensify or diversify subsistence practices in response to climatic change, we have evidence for the use of millet, rice, and tropical pulses in the pre-urban and urban phases of the Indus Civilization. This evidence suggests that local Indus populations were already well adapted to living in varied and variable environmental conditions before the development of urban centers. It is also possible that these adaptations were beneficial when these populations were faced with changes to the local environment that were probably beyond the range of variation that they typically encountered”.