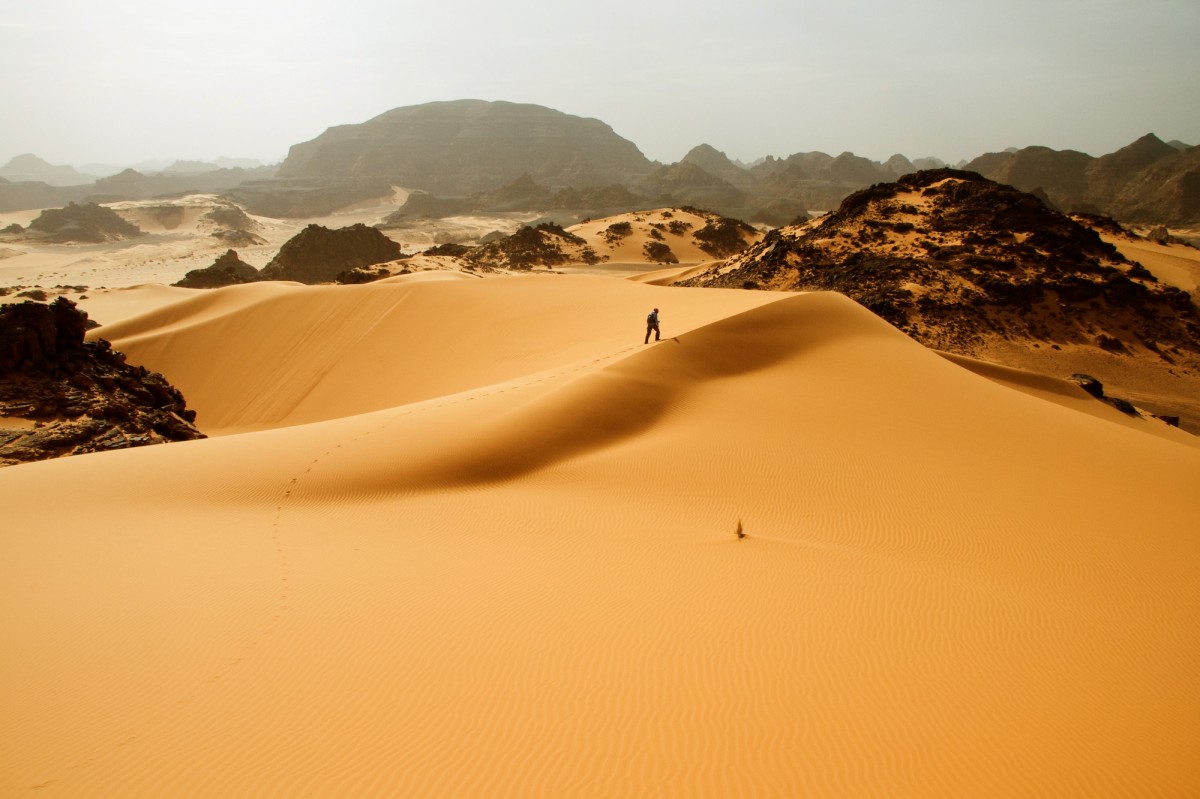 Did humans create the Sahara desert?

New research investigating the transition of the Sahara from a lush, green landscape 10,000 years ago to the arid conditions found today, suggests that humans may have played an active role in its desertification.

The desertification of the Sahara has long been a target for scientists trying to understand climate and ecological tipping points. A new paper published in Frontiers in Earth Science by archeologist Dr. David Wright, from Seoul National University, challenges the conclusions of most studies done to date that point to changes in the Earth’s orbit or natural changes in vegetation as the major driving forces.

“In East Asia there are long established theories of how Neolithic populations changed the landscape so profoundly that monsoons stopped penetrating so far inland”, explains Wright, also noting in his paper that evidence of human-driven ecological and climatic change has been documented in Europe, North America and New Zealand. Wright believed that similar scenarios could also apply to the Sahara.

To test his hypothesis, Wright reviewed archaeological evidence documenting the first appearances of pastoralism across the Saharan region, and compared this with records showing the spread of scrub vegetation, an indicator of an ecological shift towards desert-like conditions. The findings confirmed his thoughts; beginning approximately 8,000 years ago in the regions surrounding the Nile River, pastoral communities began to appear and spread westward, in each case at the same time as an increase in scrub vegetation.

Growing agricultural addiction had a severe effect on the region’s ecology. As more vegetation was removed by the introduction of livestock, it increased the albedo (the amount of sunlight that reflects off the earth’s surface) of the land, which in turn influenced atmospheric conditions sufficiently to reduce monsoon rainfall. The weakening monsoons caused further desertification and vegetation loss, promoting a feedback loop which eventually spread over the entirety of the modern Sahara.

There is much work still to do to fill in the gaps, but Wright believes that a wealth of information lies hidden beneath the surface: “There were lakes everywhere in the Sahara at this time, and they will have the records of the changing vegetation. We need to drill down into these former lake beds to get the vegetation records, look at the archaeology, and see what people were doing there. It is very difficult to model the effect of vegetation on climate systems. It is our job as archaeologists and ecologists to go out and get the data, to help to make more sophisticated models”.

Despite taking place several thousands of years ago, the implications of humans being responsible for environmental and climatic degradation are easy to see. With approximately 15% of the world’s population living in desert regions, Wright stresses the importance of his findings: “the implications for how we change ecological systems have a direct impact on whether humans will be able to survive indefinitely in arid environments”.