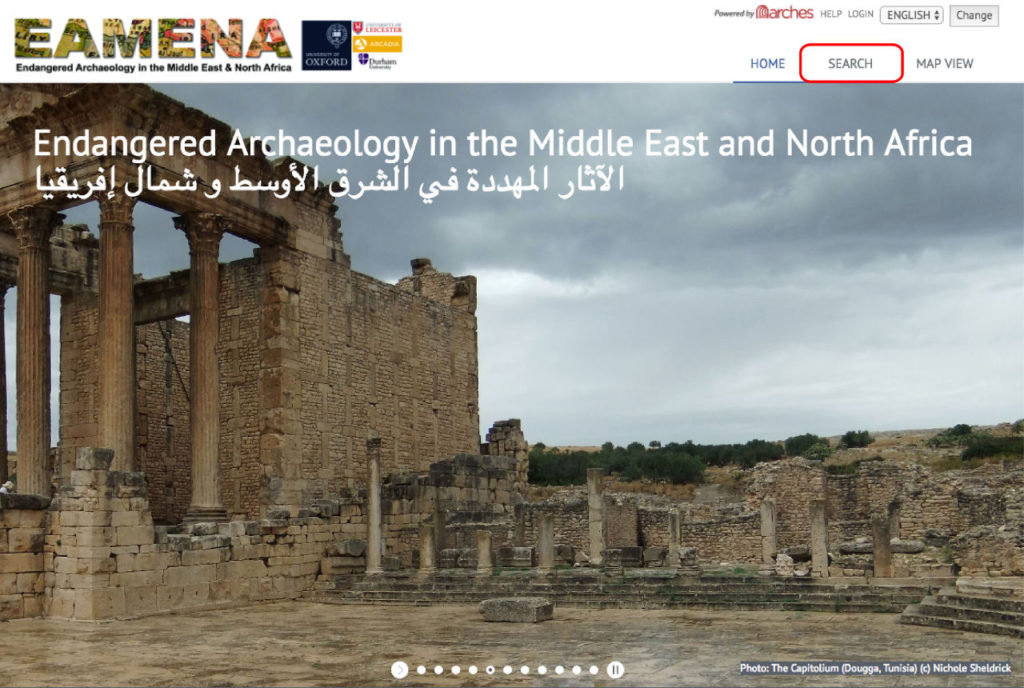 Endangered Archaeology in the Middle East and North Africa

Launch of the online database

The Endangered Archaeology in the Middle East and North Africa (EAMENA) Project is pleased to announce the launch of its online database of archaeological sites at risk due to conflict and other agents of destruction in the Middle East and North Africa. The database will increase awareness of the scale of the problem and help governments, NGOs, and other regional stakeholders preserve the heritage of the people of the MENA region and beyond.

The database provides information for each site recorded, including the level of risk and how each site relates to others. The public version of the database restricts some data to maintain the security of the sites, but a full version will be accessible to heritage professionals and institutions with an interest in the archaeological heritage of the Middle East and North Africa.

The EAMENA team invites everyone to explore the database and our website, as well as to send comments or feedback, via the website, social media, or e-mail to [email protected].

The EAMENA Project is supported by the Arcadia Fund, and is based at the Universities of Oxford, Leicester, and Durham. The project was established in January 2015 to respond to the increasing threats to archaeological sites in the Middle East and North Africa, and uses satellite imagery and other sources to rapidly document information about archaeological sites and landscapes which are under threat.