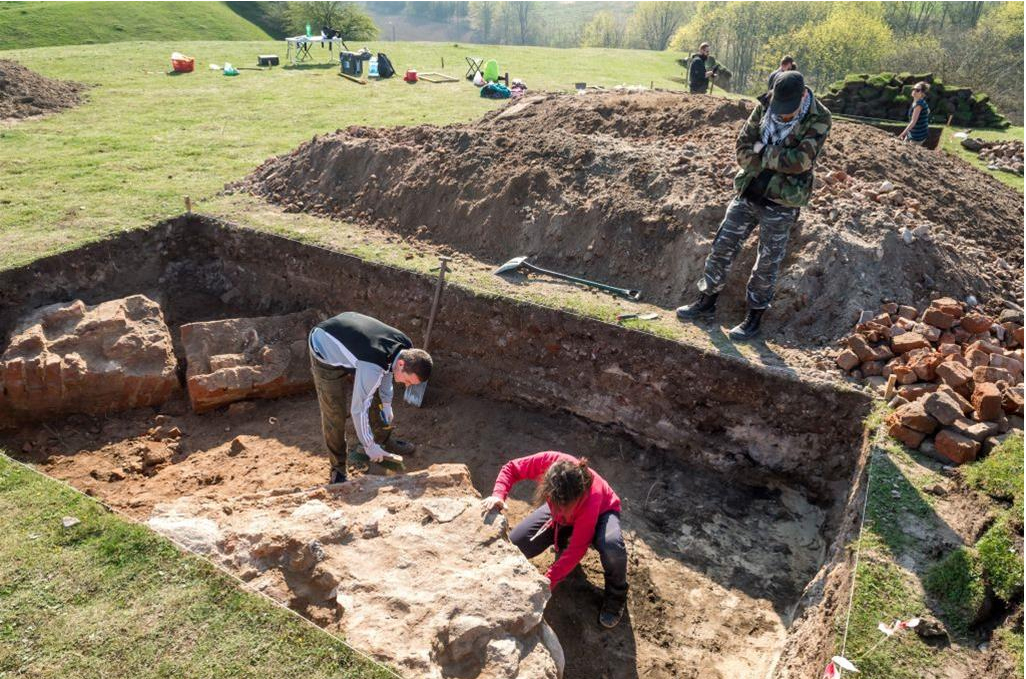 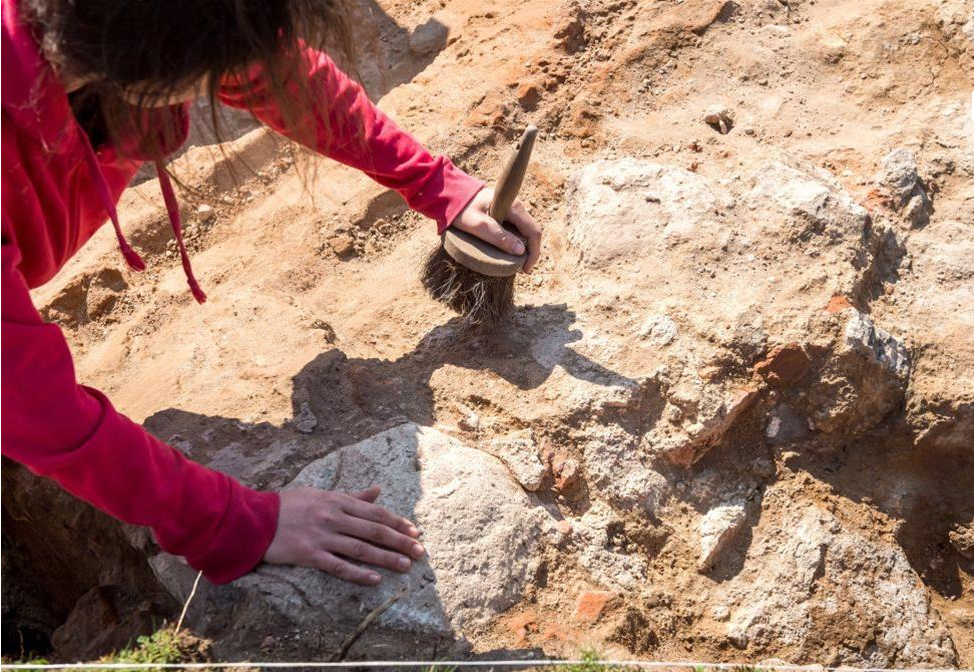 By archaeologists from Nicolaus Copernicus University

Archaeologists from Nicolaus Copernicus University found the ruins of the 13th-century Teutonic castle in Unisław near Toruń. The castle was built on a slope above the Vistula River valley.

Until now, this was the least well known medieval castle in Chełmno land. The research is conducted under the grant of the National Programme for the Development of Humanities “Castra Terrae Culmensis – on the edge of the Christian world”. Over the three years of its course, researchers will conduct interdisciplinary studies of five Teutonic castles. Even before the beginning of earthworks in Unisław, in early April 2017 they conducted non-invasive surveys in castles in Lipienek, Zamek Bierzgłowski, Unisław and Starogród. Work in the fifth castle in Papowo Biskupie has not started yet.

“Until recently we knew practically nothing about the structure on Castle Hill in Unisław. Not much information survived to this day. Now we know that the object was beautifully situated – on a steep slope above the Vistula River valley, with good visibility of the whole area,” leader of the archaeological work, Dr. Bogusz Wasik emphasised in an interview with PAP.

The castle complex was multi-part. “It consisted of the high castle and two wards. The high castle, the main part, was very small. It was only about 30 meters in length, which means it should be considered the smallest Teutonic castle in Chełmno Land”, he described

He added that the ward was not made of brick.

“We can certainly confirm the presence of one main building and one side brick building, which were built on the so-called arcade foundations used in places where the builders were concerned about instability of the ground. In front of these buildings there was a small courtyard and an auxiliary building, the remains of which were also dug up. In addition, there was a kitchen, as evidenced by the discovered items – historical ceramics, but also bones that remained after consumption, eggshells, remains of fish-scales and fish bones,” added the archaeologist.

New research of the Teutonic fortress is carried out by Dr. Marcin Wiewióra from the Department of Archaeology of the Nicolaus Copernicus University in Toruń with his team. Researchers found military artefacts in Unisław, but also everyday items, such as knife.

“It is preserved in its entirety, but covered with rust. We have elements related to protective equipment – plates of various types, which could come from a plate armour,” added PhD student of the Institute of Archaeology of Nicolaus Copernicus University, Krzysztof Cackowski, who also works at the site.

Dr Wasik added that the scientists already know when to date the beginnings of the fortress. “This was connected with the presence of the commanders in Unisław, which was mentioned in the literature in the 1280s. The first object was earthen and wooden. We managed to capture the layers connected with it, but we also discovered a fragment of the wall of the first Teutonic fortress. The later brick castle was associated with the presence of prosecutors in this place in the 14th century,” added the archaeologist.

Dr. Wiewióra clarified that “it has been speculated that the Teutonic Knights appeared in this place already in 1245, but it is more reasonable to assume that the first commander –known by name (Herman)– appeared only in the 1270s. Until 1326, the castle served as the commander’s seat. After 1339, prosecutor’s office was established in Unisław, subordinated to the Starogród commander from 1384. It is also known that in 1454 the fortress was captured and destroyed during the thirteen-year war. After the Second Peace of Thorn the destroyed castle was annexed to Poland. It was destroyed again during the Polish-Swedish wars and demolished”.

In his opinion “the greatest discovery is the confirmation of the earlier ‘Teutonic’ settlement phase: under the foundations of the brick castle we managed to register not only the settlement level, which confirms that the first Teutonic knights, who settled on the hill in Unisław built a wooden-brick building, perhaps a timber-frame one. The remains of this structure and settlement layer from this period were found in all three excavations explored so far,” said Dr. Wiewióra.