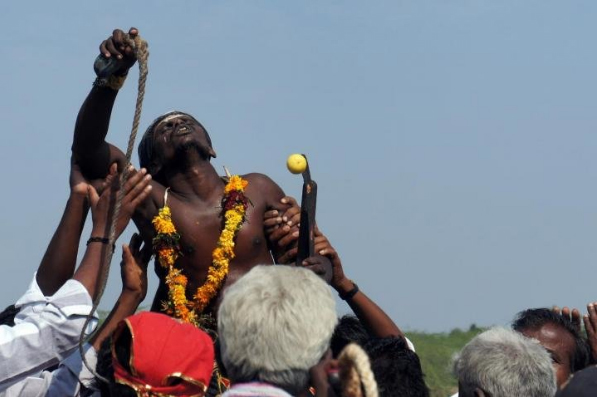 Religious devotion as predictor of behavior

Robert Lynch, a postdoctoral fellow in anthropology, says the level of devotion one feels toward religious beliefs can predict how that person likely will interact with members of his own group or with members outside of the group. Lynch’s latest research paper, “Religious Devotion and Extrinsic Religiosity Affect In-group Altruism and Out-group Hostility Oppositely in Rural Jamaica,” published in Evolutionary Psychology Science, suggests that a sincere belief in God–religious devotion–is unrelated to feelings of prejudice. Rather, Lynch’s research finds that those whose religious beliefs are extrinsic–who use religion as a way to achieve non-religious goals such as attaining status or joining a social group–and who regularly attend religious services are more likely to hold hostile attitudes toward outsiders.

“It’s not the true believers who are the problem,” Lynch says. “It’s the people who use religion, perhaps in a cynical way, to further their goals.”

Lynch says one way to look at the issue is to compare ISIS with Al Qaeda. He says ISIS is mostly composed of former Iraqi generals who served under Saddam Hussein, and they are not particularly religious. Members of ISIS routinely kill members of their own group as well as individuals outside their group (both Sunnis and Shias). One of the main objectives for ISIS is to expand its territory, and it often uses a religious pretext to achieve its goals. On the other hand, Al Qaeda, a Sunni Muslim organization created in 1988 to fight the Soviet invasion of Afghanistan, does not typically kill fellow Muslims. Lynch says members of Al Qaeda are true believers who like members of their own group and are not as hostile to outside groups.

Lynch’s research is based on a 30-year study of 288 Jamaican citizens from youth to adulthood by Robert Trivers of Rutgers University, a colleague who is studying symmetry (how much an individual varies from left to right) in the island population. Lynch gave the study participants a survey to determine whether religious beliefs were intrinsic or extrinsic, as well as measuring religious devotion and church attendance. He says the findings suggest that the beliefs and social aspects that underlie religion have distinct effects on attitudes within and between groups. His research found that religious beliefs are positively associated with a willingness to sacrifice for one’s beliefs and a greater tolerance of outsiders, while the social facets of religion, such as attendance, promote greater hostility toward outsiders.

“Group membership may be enough to produce a particular behavior and the religious beliefs themselves may be irrelevant,” Lynch says. “Taken as a whole, these results point to a generally optimistic view of the ability for religious beliefs to generate compassion and a darker view on the social activities that promote group cohesion, which may also produce hatred of others.”