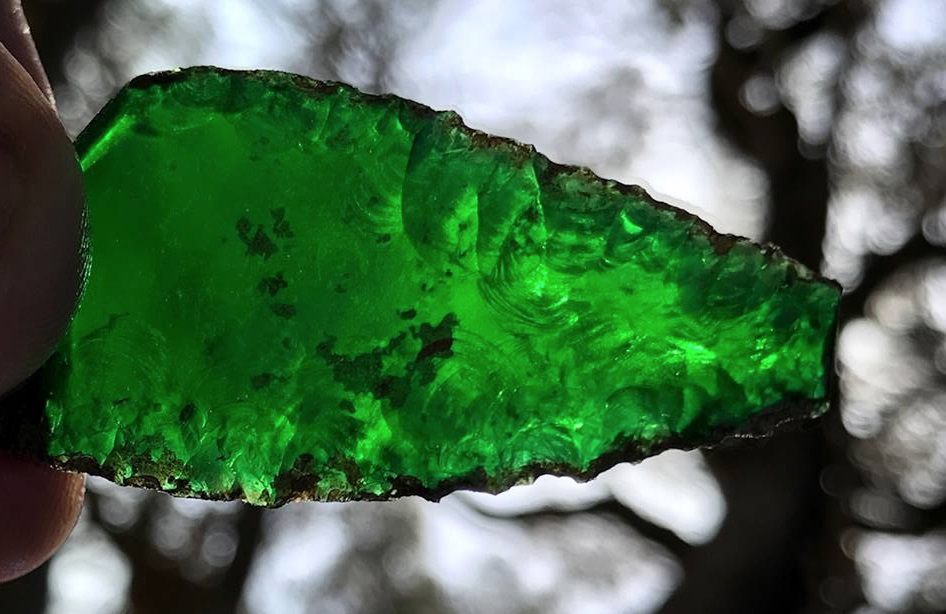 Staff and students from The University of Western Australia’s School of Indigenous Studies have made an exciting discovery during a University excursion on Rottnest Island (Wadjemup).

Professor Len Collard from The University of Western Australia said the staff and students were at a site on Rottnest learning about the Indigenous history of the island when one of the students uncovered a sparkling object.

“Imagine our excitement when we realised it was a rare glass spearhead that is at least 100 years old. It’s not every day that you uncover an artefact of this significance,” Professor Collard said.

“The student was surprised and delighted with the discovery which marks an exciting moment in history.”

Professor Collard said UWA staff and students had uncovered a few spearheads on the island in recent years.

“We have unearthed clear glass and ceramic spearheads before, but never a spectacular emerald green glass spearhead like this one,” he said.

Professor Collard said the spearheads were believed to have been used for trade and exchange, building relationships and hunting of quokkas by Indigenous male prisoners who inhabited the island more than a century ago.

“We believe the prisoners would find a place on top of a hill overlooking the mainland where they would make spear tips from scrap pieces of glass,” he said.

“This discovery is important because it helps us learn about our heritage and remember our past, which is important for today and future generations.”

The spearhead was re-buried at Rottnest Island to respect the Aboriginal tradition of keeping artefacts found in their resting place.