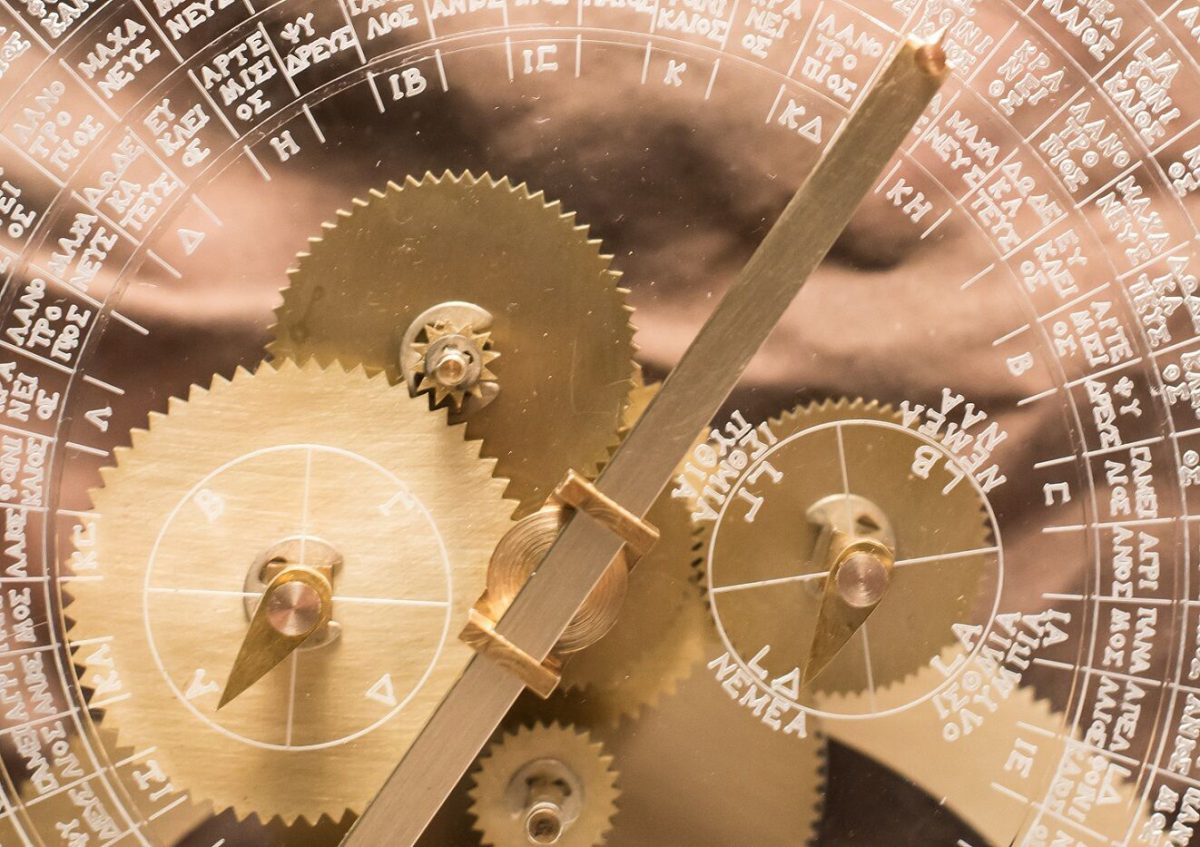 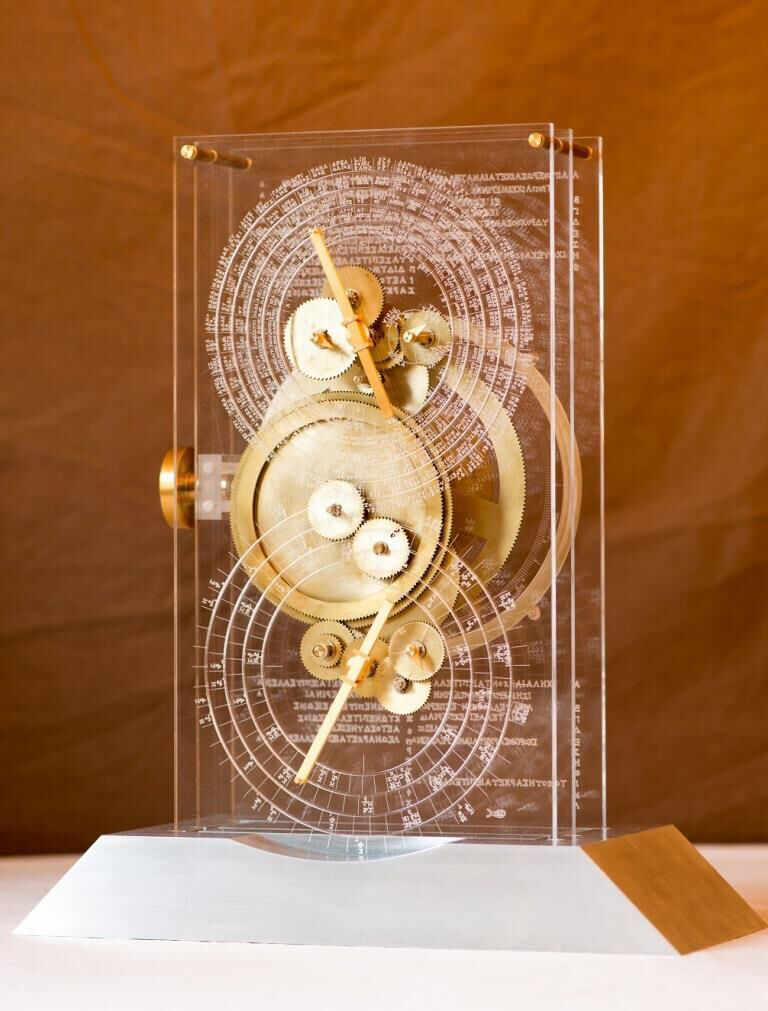 A new, interactive model of the Antikythera Mechanism

Part of the exhibition VOYAGE at the Museum Herakleidon

A new, interactive model of the Antikythera Mechanism is now part of the exhibition VOYAGE-Greek Shipbuilding and Seafaring from antiquity to modern times at the Museum Herakleidon, and the special section devoted to the most complex mechanism of antiquity (An ancient Greek computer). The full-size model, exact to 0.02 mm, was created by Dr. Markos Skoulatos, PhD in Physics. The model is gold-plated and the inscriptions are in a font that was specifically hand-designed. The base is made of Pentelic marble, the same type of marble used for the Parthenon and other famous structures of ancient Athens. Inside the model “hides” a contemporary microcomputer, which moves the gears of the mechanism. Visitors will have the opportunity to observe the model in operation, with the help of the museum’s staff.

“Voyage”presents the history of Greek seafaring in the Aegean and the Mediterranean from prehistoric times to the middle of the 20th century. A history of maritime voyages, achievements in naval architecture, exchange of ideas and technological developments, through about 40 handmade wooden models of Greek ships of excellent, detailed construction with authentic materials, based on naval architectural drawings, following traditional methods. The creator of these models is Dimitris Maras, M.Sc. in Mechanical Engineering and model shipbuilder, who has studied in depth the shipbuilding history of Greece, as well as the construction of ship models.

The painter-printmaker Mary Schina, associate professor of the Printmaking department of the Athens School of Fine Arts, is participating in this exhibition with selected works from her series “Aegaeis”,”Aegean Sea Odes”and”Aegean Odes honour the Ancient Treasures of Antikythera”, inspired by the Aegean Sea. Νautical instruments, maps, video projections, explanatory drawings and other material, such as a special edition catalogue in two languages (English/Greek), further complement the exhibition, aiming to help the visitors understand the subject and goal of the exhibition by creating the appropriate museum environment.

A new section focusing on the century of research during which scientists have tried to understand the Antikythera Mechanism enriches the exhibition VOYAGE-Greek Shipbuilding and Seafaring from antiquity to modern times. Through rare exhibits that are being shown for the first time, early and contemporary models of the mechanism, explanatory texts, drawings and photographs, the Museum Herakleidon is presenting to the general public pivotal moments in the study of the most complicated mechanism of antiquity (2nd-1st cent. BC), aiming to showcase the advanced scientific knowledge of the ancient Greeks, their mathematical and technological achievements and, most importantly, their innovative spirit.

The exhibition will be extended through August 27th 2017.