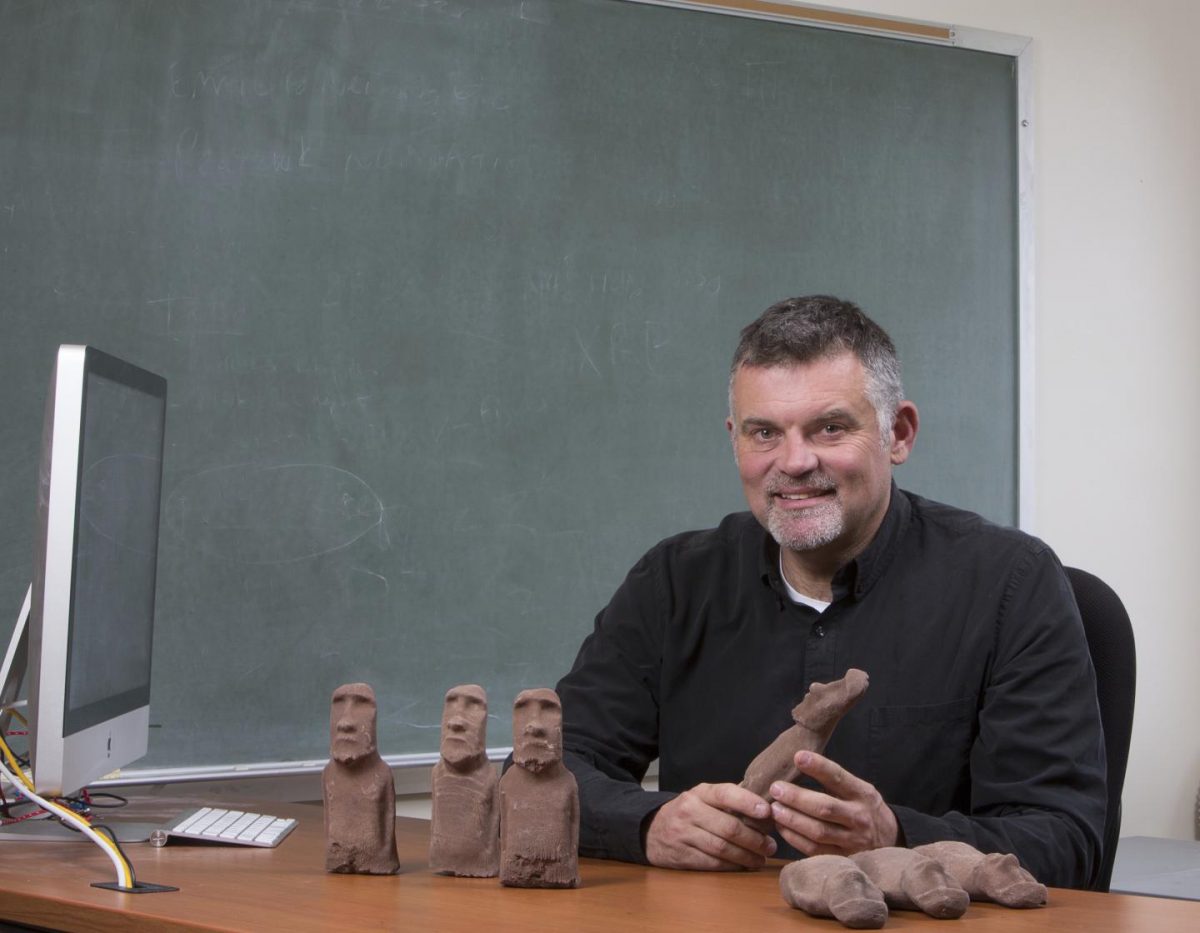 Easter Island not victim of ‘ecocide’

Analysis of remains found on Rapa Nui, Chile (Easter Island) provides evidence contrary to the widely-held belief that the ancient civilization recklessly destroyed its environment, according to new research co-conducted by faculty at Binghamton University, State University of New York.

“The traditional story is that over time the people of Rapa Nui used up their resources and started to run out of food,” said Binghamton University Professor of Anthropology Carl Lipo. “One of the resources that they supposedly used up was trees that were growing on the island. Those trees provided canoes and, as a result of the lack of canoes, they could no longer fish. So they started to rely more and more on land food. As they relied on land food, productivity went down because of soil erosion, which led to crop failures… Painting the picture of this sort of catastrophe. That’s the traditional narrative.”

Lipo and a team of researchers analyzed human, faunal and botanical remains from the archaeological sites Anakena and Ahu Tepeu on Rapa Nui, dating from c. 1400 AD to the historic period, and modern reference material. The team used bulk carbon and nitrogen isotope analyses and amino acid compound specific isotope analyses of collagen isolated from prehistoric human and faunal bone, to assess the use of marine versus terrestrial resources and to investigate the underlying baseline values. Similar isotope analyses of archaeological and modern botanical and marine samples were used to characterize the local environment. Results of carbon and nitrogen analyses independently show that around half the protein in diets from the humans measured came from marine sources; markedly higher than previous estimates. These findings point to concerted efforts to manipulate agricultural soils, and suggest the prehistoric Rapa Nui population had extensive knowledge of how to overcome poor soil fertility, improve environmental conditions, and create a sustainable food supply. These activities demonstrate considerable adaptation and resilience to environmental challenges — a finding that is inconsistent with an ‘ecocide’ narrative.

“We found that there’s a fairly significant marine diet, over time, throughout history and that people were eating marine resources, and it wasn’t as though they only had food from terrestrial resources,” said Lipo. “We also learned that what they did get from terrestrial resources came from very modified soils, that they were enriching the soils in order to grow the crops. That supports the argument we’ve made in our previous work, that these people came up with am ingenious strategy in enriching the soils by adding bedrock to the surface and inside the soil to crate, essentially, fertilizer to support their populations, and that forest loss really isn’t a catastrophe as previously described.”

Lipo said that these new findings continue to support the idea that the story of Easter Island is more interesting and complex than assumed.

“The Rapa Nui people were, not surprisingly, smart about how they used their resources,” he said. “And all the misunderstanding comes from our preconceptions about what subsistence should look like, basically European farmers thinking, ‘Well, what should a farm look like?’ And it didn’t look like what they thought, so they assumed something bad had happened, when in fact it was a perfectly smart thing to do. It continues to support the new narrative that we’ve been finding for the past ten years.”