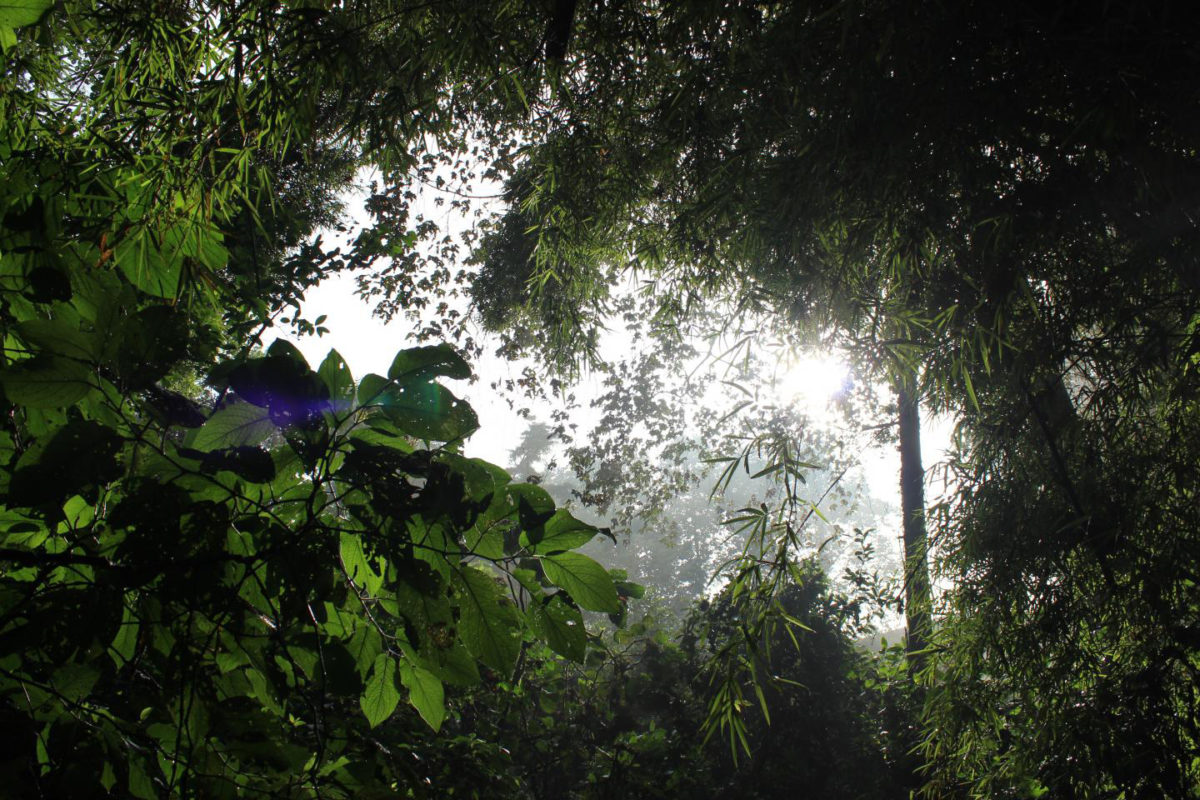 Humans have been altering tropical forests for at least 45,000 years

Sprawling cities in the jungle

The first review of the global impact of humans on tropical forests in the ancient past shows that humans have been altering these environments for at least 45,000 years. This counters the view that tropical forests were pristine natural environments prior to modern agriculture and industrialization. The study, published in Nature Plants, found that humans have in fact been having a dramatic impact on such forest ecologies for tens of thousands of years, through techniques ranging from controlled burning of sections of forest to plant and animal management to clear-cutting. Although previous studies had looked at human impacts on specific tropical forest locations and ecosystems, this is the first to synthesize data from all over the world.

In the deep past, groups of hunter-gatherers appear to have burned areas of tropical forests, in particular in Southeast Asia as early as 45,000 years ago, when modern humans first arrived there. There is evidence of similar forest burning activities in Australia and New Guinea. By clearing parts of the forest, humans were able to create more of the “forest-edge” environments that encouraged the presence of animals and plants that they liked to eat.

There is also evidence, though still debated, that these human activities contributed to the extinction of forest megafauna in the Late Pleistocene (approximately 125,000 to 12,000 years ago), such as the giant ground sloth, forest mastodons, and now-extinct large marsupials. These extinctions had significant impacts on forest density, plant species distributions, plant reproductive mechanisms, and life-cycles of forest stand, that have persisted to the present day.

The earliest evidence for farming in tropical forests is found in New Guinea, where humans were tending yam, banana and taro by the Early-Mid Holocene (10,000 years ago). Early farming efforts in tropical forests, supplemented by hunting and gathering, had significant consequences. Humans domesticated forest plants and animals, including sweet potato, chili pepper, black pepper, mango, banana and chickens, altering the forest ecologies and contributing significantly to global cuisine today.

In general, when groups employed indigenous tropical forest agricultural strategies based on local plants and animals, these did not result in significant or lasting damage to the environment. “Indeed, most communities entering these habitats were initially at low population densities and appear to have developed subsistence systems that were tuned to their particular environments,” states Dr. Chris Hunt of Liverpool John Moores University, a co-author of the study.

However, as agricultural intensity increased, particularly when external farming practices were introduced into tropical forests and island environments, the effects became less benign. When agriculturalists bringing pearl millet and cattle moved to the area of tropical forests in western and central Africa about 2,400 years ago, significant soil erosion and forest burning occurred. Similarly, in Southeast Asia, large areas of the tropical forests were burned and cleared from c. 4,000 years ago following the arrival of rice and millet farming. For example, the increase in demand for palm oil has led to clear-cutting of tropical forests to make room for palm plantations. “These practices, which induce rampant clearance, reduce biodiversity, provoke soil erosion, and render landscapes more susceptible to the outbreak of wild fires, represent some of the greatest dangers facing tropical forests,” notes Hunt.

Sprawling cities in the jungle

Despite previous notions of tropical forests as “green deserts” not suitable for human habitation, recent discoveries using new technologies have shown that ancient populations created vast urban settlements in these habitats. New data, including surveys made with canopy-penetrating Light Detection and Ranging (LiDAR) mapping, have revealed human settlement in the Americas and Southeast Asia on a scale that was previously unimagined. “Indeed, extensive settlement networks in the tropical forests of Amazonia, Southeast Asia, and Mesoamerica clearly persisted many times longer than more recent industrial and urban settlements of the modern world have so far been present in these environments,” notes Dr. Patrick Roberts of the Max Planck Institute for the Science of Human History, lead author of the paper.

Lessons can be learned from how these ancient urban centers dealt with environmental challenges that are still faced by modern cities in these areas today. Soil erosion and the failure of agricultural systems necessary to feed a large population are problems encountered by large urban centers, past and present. In some Mayan areas, urban populations “gardened” the forest, by planting a variety of complementary food crops in and around the existing forest rather than clearing it. On the other hand, other groups appear to have over-stressed their local environments through forest clearing and monoculture planting of corn, which, in combination with climate change, resulted in dramatic population declines.

Another interesting finding is that ancient forest cities showed the same tendency towards sprawl as is now being recommended by the architects of modern cities in these zones. In some cases these extensive urban fringes appear to have provided a sort of buffer-zone, helping to protect the urban centers from the effects of climate change and providing food security and accessibility. “Diversification, decentralization and ‘agrarian urbanism’ appear to have contributed to overall resilience,” states Dr. Damian Evans, a co-author of the paper. These ancient forest suburbs are now being studied as potential models of sustainability for modern cities.

Lessons for the future

The global data compiled for this paper shows that a pristine, untouched tropical forest ecosystem does not exist – and has not existed for tens of thousands of years. There is no ideal forest environment that modern conservationists can look to when setting goals and developing a strategy for forest conservation efforts. Rather, an understanding of the archaeological history of tropical forests and their past manipulation by humans is crucial in informing modern conservation efforts. The researchers recommend an approach that values the knowledge and cooperation of the native populations that live in tropical forests. “Indigenous and traditional peoples – whose ancestors’ systems of production and knowledge are slowly being decoded by archaeologists – should be seen as part of the solution and not one of the problems of sustainable tropical forest development,” states Roberts. The researchers also emphasize the importance of disseminating the information learned from archaeology to other disciplines. By working together, these groups can help to establish a better understanding of the tropical forest environments and how best to protect them.