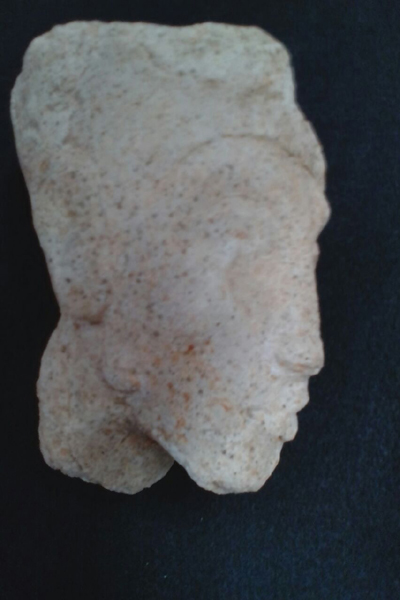 It displays an excellent craftsmanship

The Mission of the University of Cambridge at Tell el Amarna (Minya governorate, Egypt) revealed the head of a statue depicting Pharaoh Akhenaten. Made of gypsum, the head is 9 cm tall, 13.5 cm long and 8 cm wide, and it displays an excellent craftsmanship. The item was found within the first hall of Tell el Amarna’s Great Aten Temple, one of the key locations within the city that served as Egypt’s capital during the mid 14th c. BC.

According to the secretary-general of the Supreme Council of Antiquities Mostafa Waziri, the discovery is significant because it sheds more light on the city of Akhenaten, whose reign was among the most ‎controversial in ancient Egyptian history.

Known in antiquity as Akhetaten, the settlement in today’ s Tell el Amarna had been designed to reflect Akhenaten’s controversial viewpoint about the cosmos, which challenged a set of long-established Egyptian traditions by proclaiming the existence of one God in the form of the Sun disc. Key to the city’s plan are the cemeteries aligned to its easternmost part, two major temples dedicated to the Aten (known as The Great and the Small Aten temple), its palaces and its residential quarters. Abandoned in less than twenty years after its establishment, never to be resettled, the city is a real time capsule for modern researchers.

Since 1977 the city is excavated by an archaeological mission from the University of Cambridge led by Barry Kemp. The British mission is set to continue working in the area in order to reveal more evidence on aspects of life and death in ancient Egypt.