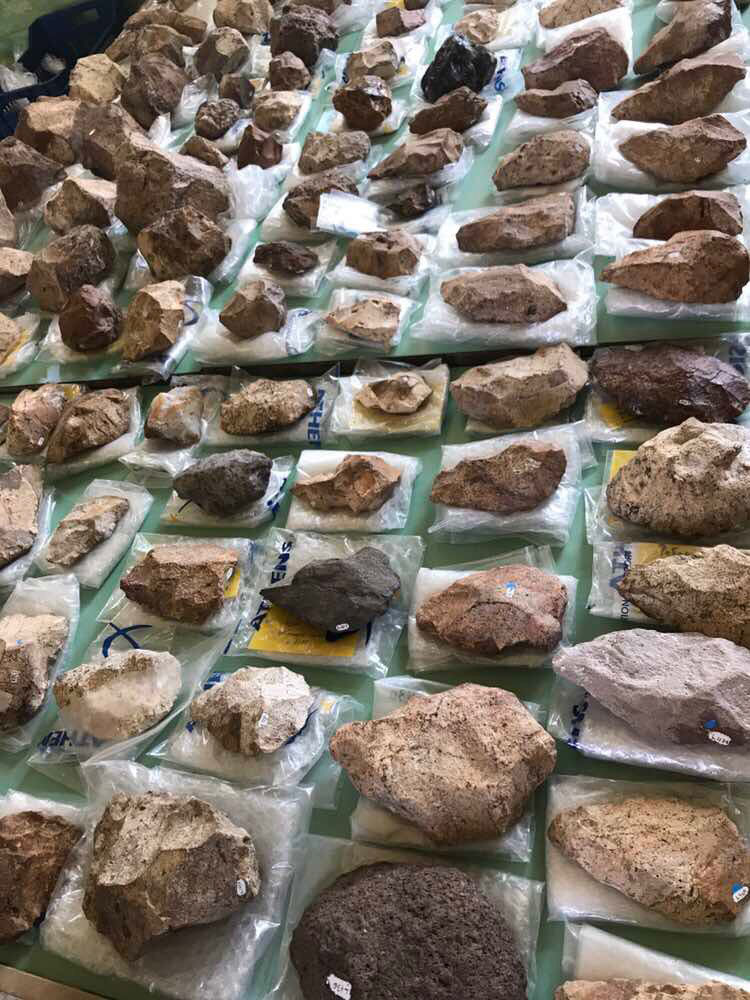 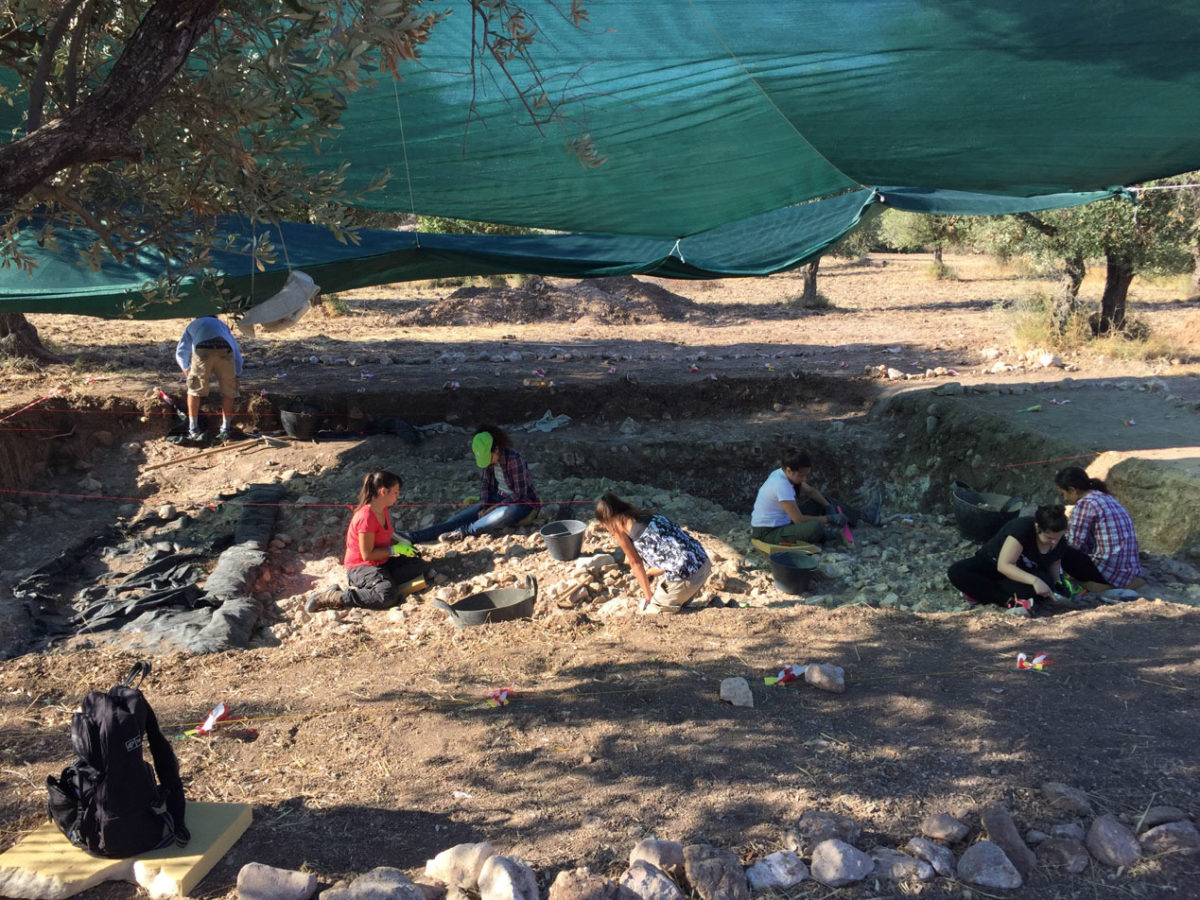 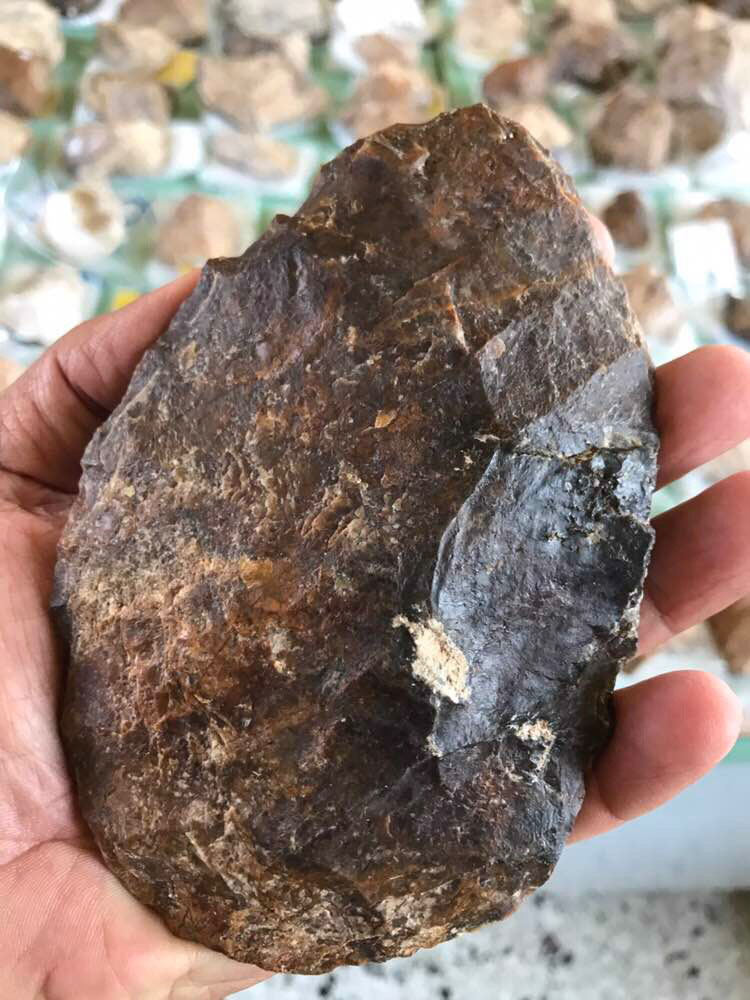 Archaeological research at Lisvori, Lesbos conducted by the University of Crete and headed by Associate Professor of Prehistoric Archaeology Nena Galanidou, was successfully completed after six consecutive years. The team of 30 students and scientists from Europe and Australia worked during August and September both in the field, the archaeological trenches, the region of the Kalloni Gulf and in the workshop housed in the Lisvori primary school. The work was multifarious, including excavation research, geological and geoarchaeological sampling, and public archaeology actions. A large number of Palaeolithic finds were brought to light, left behind by the prehistoric communities that had lived on Lesbos half a million years ago. The prehistoric groups lived in the greater area of the Gulf of Kalloni because it offered particularly friendly living conditions that included hot springs, plenty of stone as a raw material for making large cutting tools, abundant prey and plant foods, and a terrain that was complex and able to protect them from threatening animal predators.

It should be noted that this year was the start of the second five-year programme of systematic research, promotion and diffusion of scientific knowledge (2017-2021). The interdisciplinary research of 2016 is funded by the University of Crete, the Municipality of Lesbos, the Secretariat General for the Aegean and Island Policy, the J.F. Costopoulos Foundation and the Regional Development Fund of North Aegean.

The research team pointed out that the involvement of the local community in their effort was a particularly significant achievement, both regarding the continuation of the research and the protection and promotion of the findings, “Thanks to the contribution of local government representatives at all levels who recognized from the beginning the importance of the excavation, the most prominent being the charismatic chairman of the community of Lisvori, Theodoros Hatzipanagiotis and the president of the Agricultural and Cultural Association of Lisvori, Maria Dousia, the village people, their nearby neighbours of Polichnitos and the villages of the Gulf of Kalloni, the church and its spiritual leaders, have all contributed to the research effort. They jointly believe with the archaeologists that the archaeological finds of this place are of inestimable importance. The relationship is mutual. Archaeologists learn the soil’s secrets from the locals who in return are trained, through the lens of the archaeologists, to recognize and protect the prehistoric heritage of Lesbos”.

“A common vision of the district’s residents and the Local and Regional Authorities is to create a Centre for Documentation, Information and Education on the Palaeolithic Heritage of the Aegean. Coupling Palaeolithic archaeology with the local economy will contribute to the sustainable development of southern Lesbos. The presence of the scientific team in the area hit by the earthquake creates the conditions to highlight the local identity with the support of cultural heritage and primary production. This will create an additional point of reference for Lesbos residents and visitors,” the announcement concludes.