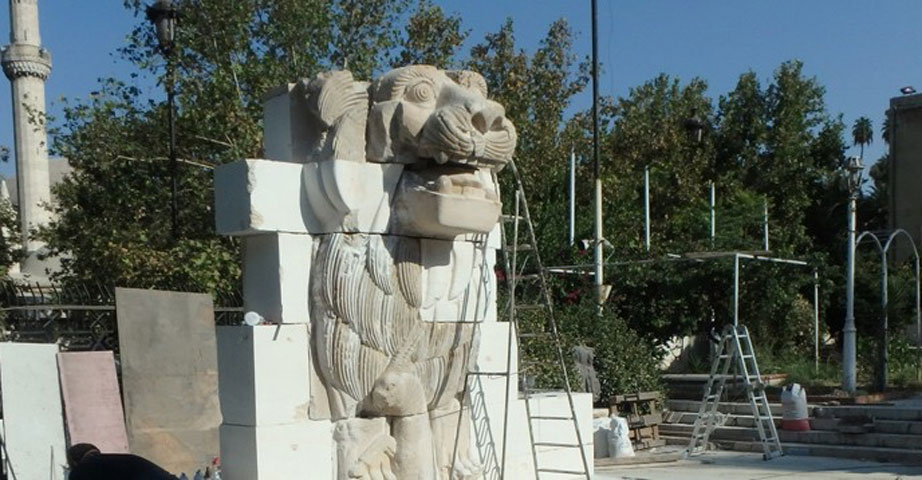 The symbol of Palmyra “roars” again

The “Lion of Al Lat”

After the city was captured by the ISIS, in 2015, the “Lion of Al Lat” ceased to “be”. The Believers in the One and Only God destroyed the statue weighing 15 tonnes. It was a remnant of pre-Islamic culture and, consequently, had no reason to exist. Moreover, it was too bulky to be sold to foreign collectors of antiquities, like so many other artefacts the ISIS was channeling to the illicit art market.

Now, the restored “Lion of Al Lat”, is on display at the Damascus Museum where it will remain until returning one day to welcome visitors once again to the Palmyra Museum. This was the outcome of two months work, headed by archaeologist Bartosz Markovski, who collaborated with UNESCO’s “Emergency Safeguarding of Syrian Cultural Heritage,” an EU-funded initiative to monitor, record and protect Syria’s cultural heritage.

“It is internationally known as the symbol of Palmyra”, said Markovski at a press conference. “It is a remarkable statue. There are no longer such statues in Palmyra” he added. And he told Reuters that almost 50% of the restored lion is the original.

An antelope between the Lion’s two front paws underlines the latter’s role as a powerful protector. In fact, as mentioned by the BBC, the left paw bears the following inscription—in the language and script of Palmyra: “May the blessings of Al Lat be on whoever refrains from shedding blood in this sanctuary”.