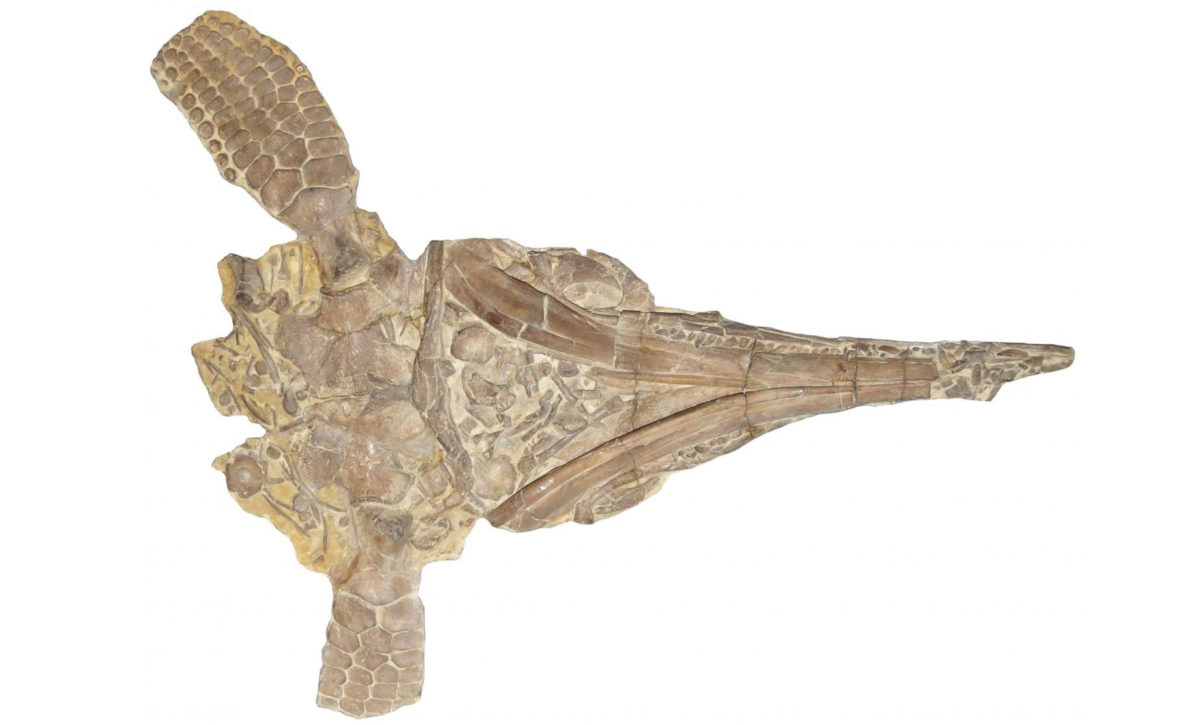 An ichthyosaur first discovered in the 1970s but then dismissed and consigned to museum storerooms across the country has been re-examined and found to be a new species.

In 1979, after inspecting several ichthyosaurs from the UK, palaeontologist Dr Robert Appleby announced a new type of ichthyosaur called Protoichthyosaurus. He also named two species, P. prostaxalis and P. prosostealis. Other scientists, however, dismissed the discovery of Protoichthyosaurus and suggested that it was identical with Ichthyosaurus, a very common UK ichthyosaur.

Now a detailed study led by palaeontologists Dean Lomax (The University of Manchester) and Professor Judy Massare (State University of New York), has re-examined and compared Protoichthyosaurus and Ichthyosaurus. It found major differences in the number of bones in the front fin, or forefin, of both species. This fundamental difference probably reflects the way both species used them to manoeuvre whilst swimming. Differences were also found in the skulls. But it was another discovery about the fins that also got the team’s attention.

Lomax explains: “This unusual forefin structure was originally identified by Robert Appleby in 1979, but some of the historic specimens he examined had been ‘faked’, and this fakery had been missed until now. In some instances, an isolated fin of an Ichthyosaurus had been added to a Protoichthyosaurus skeleton to make it appear more complete, which led to the genuine differences being missed. This has been a major problem because it stopped science from progressing. We also found some pathological fins, including Ichthyosaurus fins with pathologies that mimic the Protoichthyosaurus forefin structure”.

“Whilst doing my dissertation in 2016, I studied several ichthyosaurs in the collections, including a very small skeleton. It had an unusual forefin that matched Protoichthyosaurus, which I understood to be a widely unrecognised genus. However, when I contacted Dean, he was very excited. He told me that this little skeleton is the only known small juvenile Protoichthyosaurus“, added Rashmi.

Over 20 specimens of Protoichthyosaurus were identified as part of this study. This is significant as each specimen (with a forefin) has the same structure. The specimens are from the Jurassic Period, between 200 – 190 million years old, and come from Somerset, Dorset, Leicestershire, Warwickshire, Nottinghamshire, England, and Glamorgan, Wales.

Whilst searching through collections, Dean also came across a skeleton at The University of Nottingham. This specimen is different to all other known examples of Protoichthyosaurus in the skull and humerus and it has been identified as a new species, which the team have called Protoichthyosaurus applebyi, in honour of Robert Appleby. It is currently on display as part of the ‘Dinosaurs of China’ exhibition at Lakeside Arts, University of Nottingham.