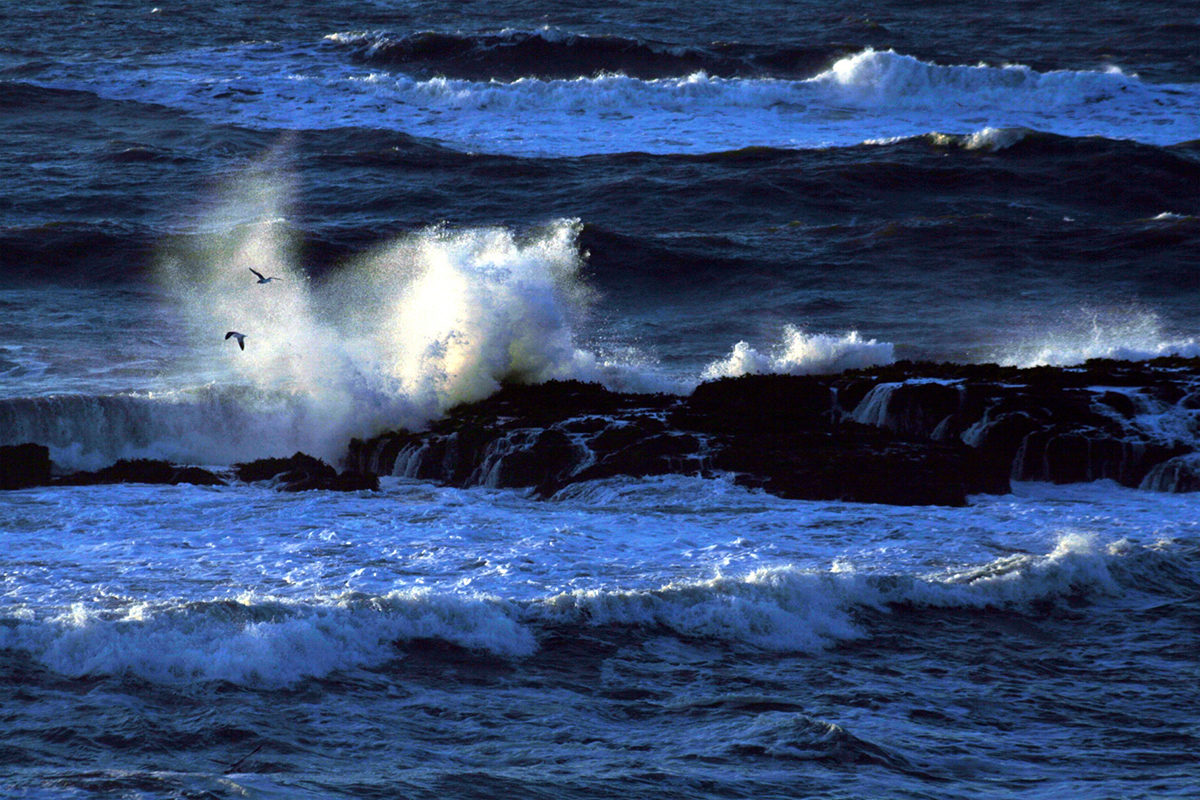 Why did the Earth’s ancient oceans disappear?

We think of oceans as being stable and permanent. However they move at about the same speed as your fingernails grow. Geoscientists at the Centre for Earth Evolution and Dynamics (CEED), University of Oslo have found a novel way of mapping the Earth’s ancient oceans.

The surface of the Earth is in constant motion. New crust is formed at mid-oceanic ridges, such as the Mid-Atlantic Ridge, and older crust is destroyed.

If we go millions of years back in time, the oceans and the continents of planet Earth were very different. Oceans that once existed are now buried deep inside the interior of the Earth, in the mantle.

Seismic tomography uses earthquakes to image Earth’s interior down to approximately 2,800 km. Models based on this technique are used to show how the surface of our planet may have looked like up to 200 million years ago.

Grace Shephard at the Centre for Earth Evolution and Dynamics (CEED), University of Oslo has found a simple, yet powerful way to combine images from alternative seismic tomography models. In a new study published at nature.com, Shephard and colleagues Mathew Domeier (CEED), Kara Matthews, and Kasra Hosseini (both University of Oxford) reveal a new way of displaying models of the evolution of the Earth’s interior.

– There are many different ways of creating such models, and lots of different data input can be used, explains Grace Shephard, who has been a postdoctoral researcher at CEED since she took her Ph.D. at the University of Sydney four years ago.

– We wanted a quick and simple way to see which features are common across all of the models.  By comparing up to 14 different models, for instance, we can visualize where they agree and thus identify what we call the most robust anomalies.

This gives more accurate and more easily available information about the movements of ocean basins and contents back in time – and the interaction between the Earth’s crust and the mantle.

The tomography models are used to reconstruct movements of continents and oceans. The novel and open way of displaying the models takes away some of the decision making for scientists studying the dynamics of the Earth.

– With this tool, geoscientists can choose which models to use, how deep into the mantle to go, and a few other parameters, explains Shephard.  – Thus, they can zoom into their area of interest. However, we must remember that the maps are only as good as the tomography models they are built upon.

Grace Shephard and colleagues have also studied if there are more agreement between the various tomography models at certain depths of the mantle. They have made discoveries that suggest more paleoseafloor can be found at around 1,000 – 1,400 km beneath the surface than at other depths.

– If these depths are translated to time – and we presuppose that the seafloor sinks into the mantle at a rate of 1 centimeter per year – it could mean that there was a period around 100–140 million years ago that experienced more ocean destruction. However, it could also identify a controversial region in the Earth that is more viscous, or ‘sticky,’ and causes sinking features to pile up, a bit like a traffic jam. These findings, and the reasons behind, bear critical information about the surface and interior evolution of our planet, explains Shephard.

To understand the evolution of the Earth, it is essential to study the subduction zones. The tectonic plates of the oceans are being subducted under the continental plates, or under other oceanic plates. Examples include the Pacific Ocean moving under Japan, and subductions within the Mediterranean region. Plate reconstruction models generally agree that about 130 million years ago, there was a peak in the amount of subduction happening. So the maps by Shephard and colleagues could provide independent evidence for this event.

Grace Shephard shows us computer animations reversing these evolutionary processes. She brings back to the surface oceans that have been buried deep inside the mantle for millions of years. It may look like a game, but it illustrates an important point:

– Studying these processes in new ways opens up new questions. That is something we welcome, because we need to find out what questions to ask and what to focus on in order to understand the development of the Earth. We always have to keep in mind what is an observations and what is a model. The models need to be tested against observations, to make way for new and improved models. It is an iterative procedure.

– Why are the models of the Earth’s interior important?

– It is a fundamental way of understanding more about our planet, the configuration of continents and oceans, climate change, mountain building, the location of precious resources, biology, etc. Lines of evidence in the past can be crucial for insight into what will happen in the future, and is critical for the interaction of society and the natural environment.

– Based on these models, can you predict what the Earth will look like in 1 million years?

– If you look at Earth from space, the distribution of continents and oceans will then look much the same, even though life, the climate and sea level may have dramatically changed. If we move even further ahead, say 10 or 100 million years, it is very hard to say how oceans may be opening and closing, but we have some clues. Some people think that the Atlantic will close, and others think the Arctic or Indian oceans will close. We can follow the rules of the past when we look to the future, but this task keeps geoscientists very busy.

– Will we be able to predict earthquakes?

– That is a holy grail of our community. Understanding how our Earth works on all scales brings us closer to this task.

– There are so many questions to be answered. We still need to understand so much more about our present day Earth – and our past Earth.  For instance, our current plate tectonics models can take us back pretty confidently to 200 million years ago. I have a colleague who is looking at the past back to 1 billion years. To do that, we need to learn much more about the surface and the deep mantle, says Grace Shephard.

She chose to move to Norway for many reasons. One of them was the country’s proximity to the Arctic;  a region where relatively little is known about subduction, volcanic eruptions and plate tectonics far back in time.

– To me, being a geoscientist is like working in a wonderland. I am able to use lots of different tools and look at different time scales. That is what I really enjoy doing. And I like the interdisciplinary approach. I work with colleagues and collaborators from all over the world. That is a reason why we need to make our models publicly available.

NOTES
1. University of Oslo, Faculty of Mathematics and Natural Sciences