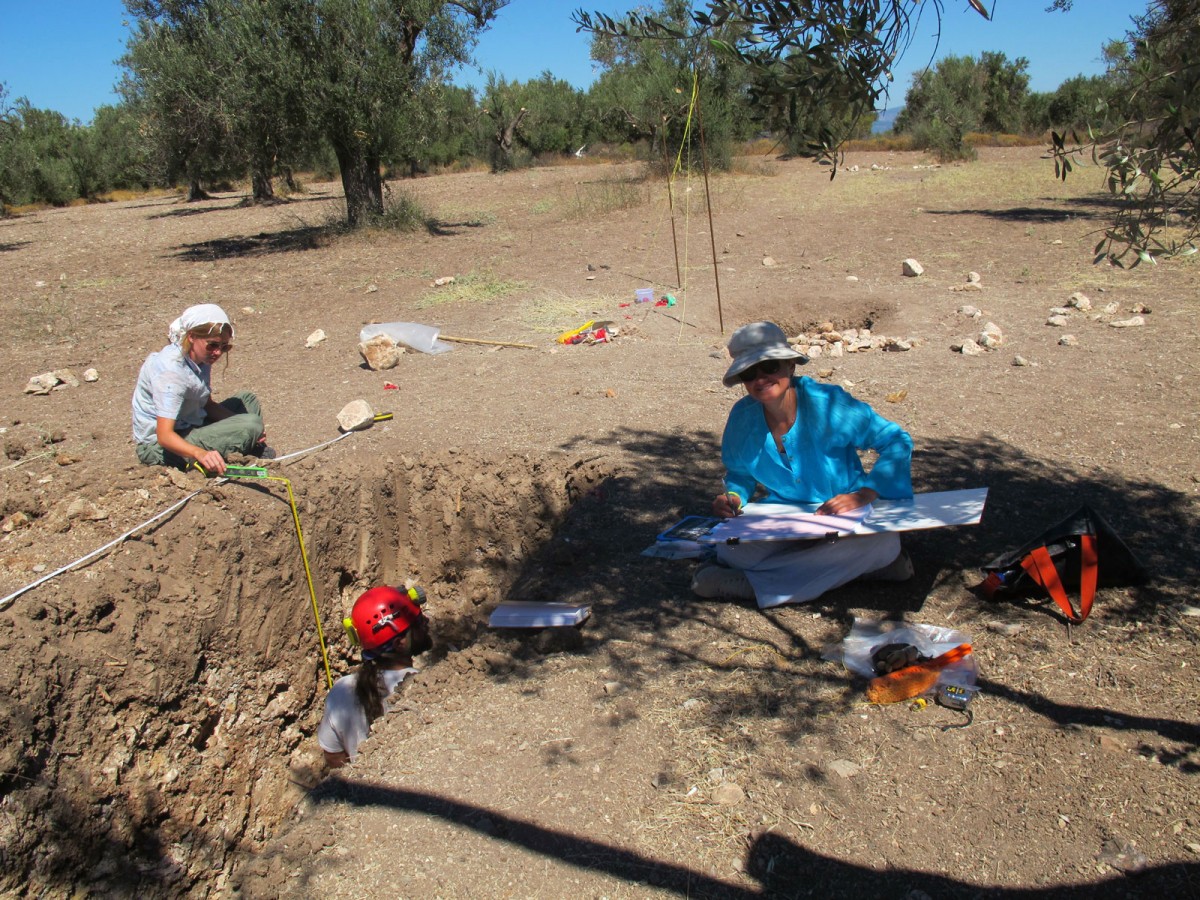 The Aegean 8000 centuries ago

Researchers have discovered humans of the Lower Palaeolithic Era on Lesvos

Driven by the need of food and shelter, or perhaps by the very common to humans curiosity, nomads of the Lower Palaeolithic Era were traveling constantly, covering vast distances of land that separate their starting point in Africa from Asia or Europe. When the level of sea dropped by approximately 60 meters, during the glacial periods of the Pleistocene –known also as the Ice Age-, all they had to do is to cross a strip of land 20 km long to get from today’s coastline of Asia Minor to one of the eastern edges of Europe, the island of Lesvos.

A few hundred thousands years later, the research team of the University of Crete is revealing step by step what these first inhabitants of the Aegean left behind them, at the borders of an environment dominated by rivers and lakes. The stone tools and other artifacts witness that the Rodafnidia site, close to the thermal springs of Lisvori (Lesvos) had been in systematic use by the ancestors of modern humans – probably during Middle Pleistocene, that is from 125,000 to 78,000 before present, or even earlier.

During glacial periods, the Kalloni Bay, at the southern part of the island, turned into a lake, and its banks were an ideal place for settlement, for the finding of food, the making of tools – in other words all everyday activities of hominids. Whether they were Homoerectus, Homo heidelbergensis or another ancestral species remains to be found out. The exact calculating of the site’s age will only be possible after researchers have dated the geological samples, that have been sent to scientific workshops. One thing is for sure, however: that the discovery of this year’s summer illuminates unknown until today aspects of the Prehistory of the Hellenic world and beyond, as this period’s finds have never been discovered in such astonishing abundance and correlation at the southeastern gate of Europe. Similar finds have come to light at sites of Early Palaeolithic in Europe, Asia and Africa.

Although the stereotype narrative refers to “cave men”, in reality outdoor facilities were apparently just as common, if not even more, according to associate professor of Prehistoric Archaeology and head of the survey Nena Galanidou. The Rodafnidia site “covers a big gap in early history of SE Europe and puts Greece on the map of the global discussion about origin, evolution and movements of human beings” while at the same time it reveals information about the very old story of climate changes, she continues. The site is unique because of its expansion and the density and art of finds. For instance, “palaeolithic surveys conducted in Greece for half a century had only brought to light less than 10 hand axes – the stone tools with two faces typical of the Acheulean. Now we have tripled them”.

However, the most important finds of the excavation are the chopping tools, tools in flakes with a sharp edge, which proves that the first inhabitants of Lisvori brought with them a know-how strongly influenced by African elements, thus being “part of a common cultural tradition which spreads from Spain to India, but is primarily located in Africa”. Being much more than just remains of an era, the handaxes and cutting tools are the ”multi-purpose tools of that time and contain all technological knowledge of that era”, just like “mobile phones concentrate all technological knowledge of today” as the professor stresses.

Similarities between Greece and Israel

Before the survey in Lesvos began and in order to become familiar with excavations at outdoor settlements of Lower Palaeolithic (as her experience until now was mostly gained from excavations in caves), Mrs. Galanidou travelled to Israel, where she studied the excavation methods and finds of Gesher Benot Ya’aqov and noticed there were some similarities between the two sites. Among the numerous finds of the site in Israel, which has been excavated systematically for some decades now, there are many organic remains, as the oldest evidence of the controlled use of fire.

Thanks to the decision of the University of Crete to invest in the –neglected, as far as Greece is concerned- field of Palaeolithic Archaeology, Rodafnidia is the first site of Lower Palaeolithic being excavated systematically today in Greece, while in the framework of these surveys students of Archaeology are being trained. As is very common in similar cases, the site has been discovered accidentally, as the doctors Makis Axiotis and Charalambos Charisis were investigating a watermill of the 19th century. When in 2009 they showed the spot to Mrs. Galanidou, she “held her breath” sensing the importance of this discovery.

In the first field season of the 5-year programme researchers of Archaeology and geoscientists from the Universities of Patras, Aegean, Athens, Oxford, London and Southampton took part, as well as the CNRS (French National Center for Scientific Research). The survey was funded by the University of Crete, the Secretariat General of the Aegean and Aegean Islands and the Region of North Aegean