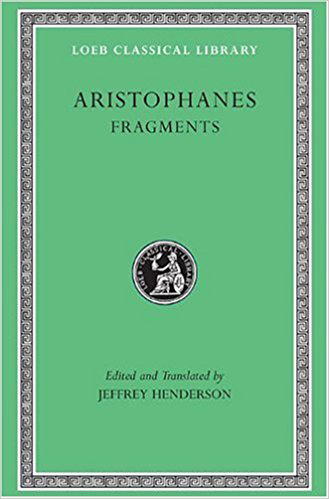 The 12th Trends in Classics International Conference entitled “Fragmented Parts, Coherent Entities: Reconsidering Fragmentation In Ancient Greek Drama” will take place in Thessaloniki, on May 24-27, 2018. It is organised by the Aristotle University of Thessaloniki, the Albert-Ludwigs-Universität Freiburg, the Heidelberger Akademie der Wissenschaften and the Università degli Studi di Genova.

This conference will focus on a well studied field of classical scholarship-dramatic fragments. It aims to examine whether they should be approached as parts of a greater whole or as self-contained entities. We are also interested in exploring another kind of fragmentation that seems already to have been embraced by the ancient dramatists: quotations extracted from their context and immersed in a new whole, in which they work both as cohesive and detachable unities.

To use a well known example, Aristophanes recites Euripidean prologues as fragments in the ‘battle of prologues’ in the Frogs; although the prologues were not fragments for his audience, Aristophanes treated them as such, while also submerging them into a new sum. Sections of poetic works circulated in antiquity not only as parts of a whole, but also independently, i.e. as component fractions. Fragmentation can thus be seen operating on the level of dissociation, but also on the level of cohesion. The aim of this conference is to investigate interpretive possibilities, quotation contexts, production and reception stages of fragmentary texts, looking into the ways dramatic fragments can either increase the depth of fragmentation or strengthen the intensity of cohesion.