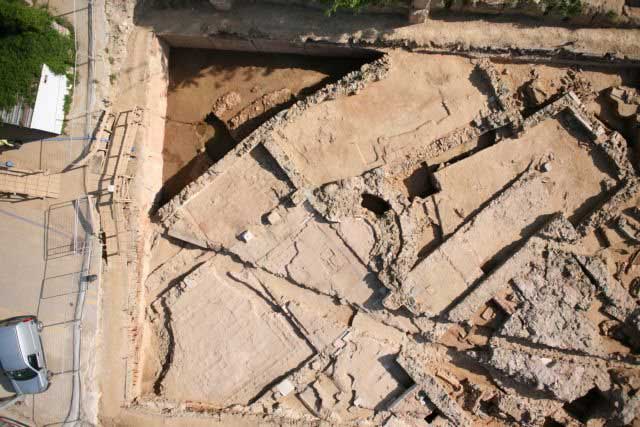 “Mother Earth is the best protector of our antiquities”

Lack of funding in crisis-hit Greece has stymied archaeological research and leads experts to rebury valuable discoveries to better protect them, according to Greek daily newspaper Ta Nea.

“Mother Earth is the best protector of our antiquities”, Michalis Tiverios, a professor of archaeology at Thessaloniki’s Aristotelio University, told Ta Nea daily on the sidelines of the 25th Annual Archaeological Congress in the city.

“Let us leave our antiquities in the soil, to be found by archaeologists in 10,000 AD, when Greeks and their politicians will perhaps show more respect to their history”, said Tiverios, who advises the project.

But even in that case, a shortage of site guards is giving antiquities looters a free hand to operate, Ta Nea said.

“We were unable to carry out excavations in 2011”, Pavlos Chrysostomou, a site excavation supervisor in northern Greece, told the newspaper.

“This summer, we found more than 10 pits at the site that were not ours. It was probably ‘colleagues’ of ours, grave robbers”, he said.

Chrysostomou oversees an important excavation at a 20-hectare (50-acre) necropolis in Pella, the capital of the ancient Macedonian kingdom which reached its full expansion in the 4th century BC with the conquests of Alexander the Great.

Among the area’s choice finds are gold funerary masks that adorned the graves of Macedonian nobles and prominent warriors.

Masks of this type, among a hoard of other golden grave offerings from the 6th century BC, were found in the possession of smugglers in October.

A committee of archaeologists that evaluated the hoard placed its value at over 11.3 million euros ($15 million), Chrysostomou said.

Greece has been forced to make major spending cuts in return for loans from the EU and the IMF to address its worst debt crisis in decades.

The cutbacks have been followed by two major raids on Greek museums.

In January, a unique Picasso and two other artworks were lifted from the Athens National Gallery. A month later, two armed men stole more than 70 objects from a museum in ancient Olympia.