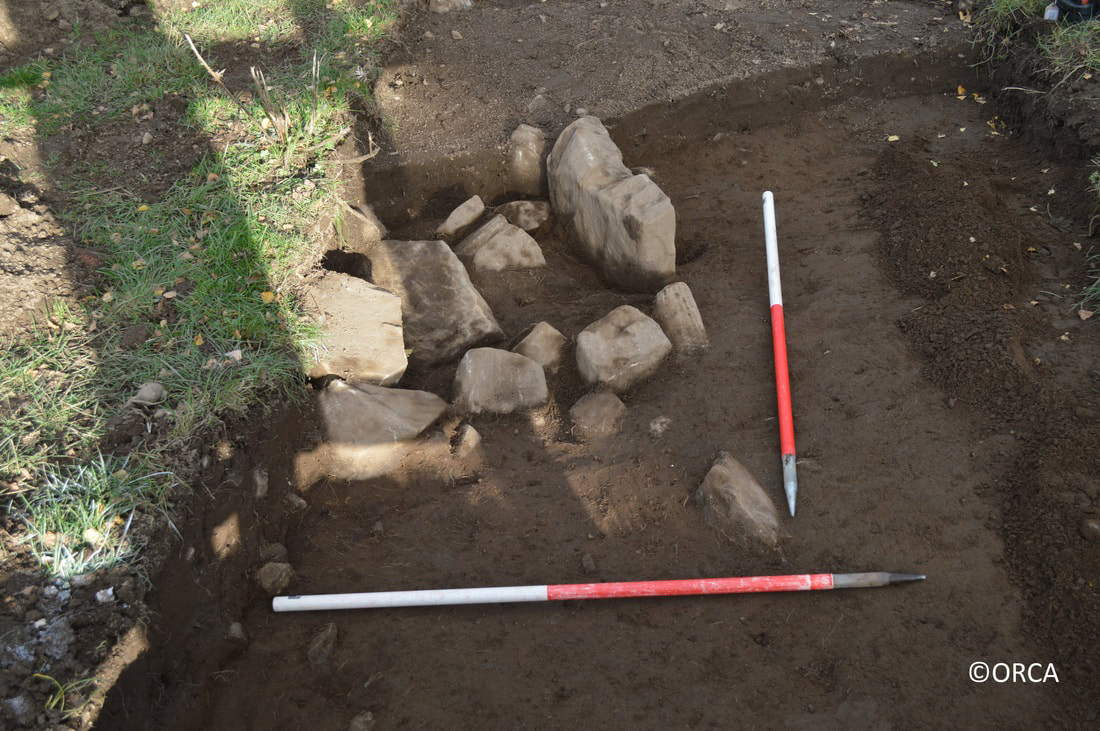 Work carries on as part of the A9 dualling as Archaeologists discover a possible Iron Age structure, pottery and a stone tool near the road. The finds have been made on the Crubenmore to Kincraig stretch of the route to be dualled.

The dualling of the A9 trunk road from Perth to Inverness is one of the largest infrastructure projects in Scotland. Over 80 miles of road will be improved over the next 8 years to improve the quality and reliability of journeys along the road. In common with all major infrastructure projects, Transport Scotland has appointed archaeologists in order to check for previously hidden ancient structures and other significant archaeology.

The interest of the archaeologists was heightened further as the ground investigation works are located close to a prehistoric souterrain called Raitt’s Cave near Kingussie. This underground structure is a scheduled monument and is very large compared to most similar structures in  Northern Scotland, and yet soutterains in general remain enigmatic as their use is still debated by archaeologists across the UK. They may have been used for storage, defence or some unidentified ritual, but commonly they are associated with settlement in the Bronze and Iron Ages.

Following discussions between Transport Scotland and the ORCA team on site, the preliminary work continued as the archaeologists investigated the anomalies. Traces of a previously unknown structure were quickly identified together with a scattering of pottery sherds and a possible stone Ard point – a stone worked into a point for use as part of a plough. The pottery was identified by Martin Carruthers (Iron Age specialist at the University of the Highlands and Islands Archaeology Institute) as a possible collection of early Iron Age sherds. These finds led the archaeologists to believe that the structure may be associated with the souterrain.

Following advice from ORCA, the team quickly formulated a plan to incorporate the archaeological investigation into the schedule, meaning that the important A9 infrastructure development work could continue while the significant archaeology was recorded in more detail.

Peter Higgins, Senior Project Manager ORCA, commented, “We are tremendously excited by these finds in this archaeologically significant location. We are also pleased that we can work with Transport Scotland to make sure that these finds are recorded correctly without impeding the roadworks so vital to this Scotland’s economic development.”

Keith Brown Cabinet Secretary for Economy, Jobs and Fair Work said: “Our work to dual the A9 will bring undoubted improvements for road users including improved journey times and significantly improving road safety. At the same time, the ongoing design work has opened a window into Scotland’s past.

We have already been able to shed more light on the Battle of Killiecrankie and now these latest finds on another stretch of the route offer evidence for experts on how our prehistoric descendants lived in the Iron Age.”