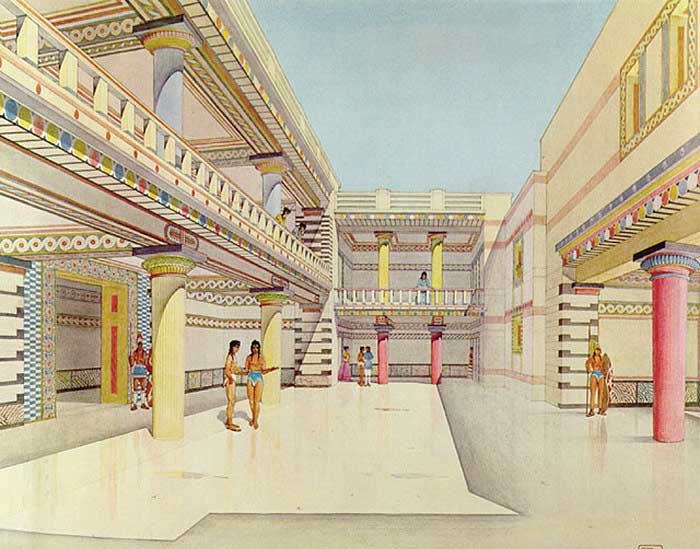 News from the Palace of Nestor

Informative campaign by the 38th Ephorate of Prehistorci and Classical Antiquities

The Palace of Nestor (Western Messenia), one of the most important Mycenaean sites in Greece, remains closed since 10 December 2012, as two major projects are in progress aiming to enhance further the visitor’s experience to the site and protect the Palace’s material remains. Both projects are supported by the Regional Operational Programme ‘Western Greece–Peloponnesus–Ionian Islands 2007-2013.

Though the gates of the archaeological site were closed to the public, the 38th Ephorate of Prehistoric & Classical Antiquities has taken an interesting initiative aiming to keep the visitor in touch with the Palace, for as long as the works last.

Using the website of the Archaeological Museum of Messenia as a ‘window’ looking directly at the archaeological site on Eglianos hill, the Ephorate will regularly release informational material concerning the progress of the current work. The campaign called ‘News from the Palace…’ has begun on February 2013 keeping open the canal of communication until the completion of the projects.

The projects and the new finds

The work on the project “Protection and Enhancement of the Archaeological Site of the ‘Palace of Nestor’” (budget € 400.000) started in June 2011, under the supervision of the 38th Ephorate of Prehistoric and Classical Antiquities (Kalamata). The project aims to provide all visitors with easier access and upgraded infrastructures, including an up-to-date archaeological documentation of the remains in a modern and comprehensive way.

As part of this project, two small buildings are currently under construction close to the entrance of the archaeological site. They will be used for the visitors’ accommodation and information. During the construction work, important archaeological remains came to light which were carefully excavated and documented. The study of the architectural remains and their associated small finds enriches our knowledge about the human activity on the hill of Ano Englianos during the Early Mycenaean period (1600-1400 BC) and the Geometric times (1000-700 BC).

The construction of the two buildings started shortly after the completion of the archaeological research.

The project “Construction of the new Protective Shelter of the ‘Palace of Nestor’” (budget € 3.171.458,82) is co-funded by the Hellenic Republic and the European Regional Development Fund. Work on this project started in October 2012 and is currently ongoing under the supervision of the 38th Ephorate of Prehistoric and Classical Antiquities (Kalamata) and the Directorate of Technical Works Conduction in Museums (Athens). The new shelter, according to its pioneering design, will offer a unique tour experience through an overland route while protecting at the same time the important remains in the best possible way.

The first stage of preparation includes trial trenches in the position of the foundation columns. Excavations at these trenches are being carried out by a team of Greek and foreign archaeologists under the direction of the 38th Ephorate of Prehistoric and Classical Antiquities with the cooperation of the American School of Classical Studies at Athens and the University of Cincinnati. Along with the archaeological documentation, conservation of the new material and mapping of the new findings are being conducted.

According to the 38th Ephorate: “The current archaeological research is the first since 1952-1966 Carl Blegen’s systematic excavation. New architectural remains have been revealed under the level of the visible antiquities. These new elements are older than 1200 BC and they enhance our knowledge about earlier buildings in the area of the palatial complex. Moreover they add information about the building materials and construction methods of the Mycenaeans.”

For further information concerning the progress of the current work, do not forget to visit the website of the Archaeological Museum of Messenia (“News from the ‘Palace’…”, http://www.archmusmes.gr/nea.htm)