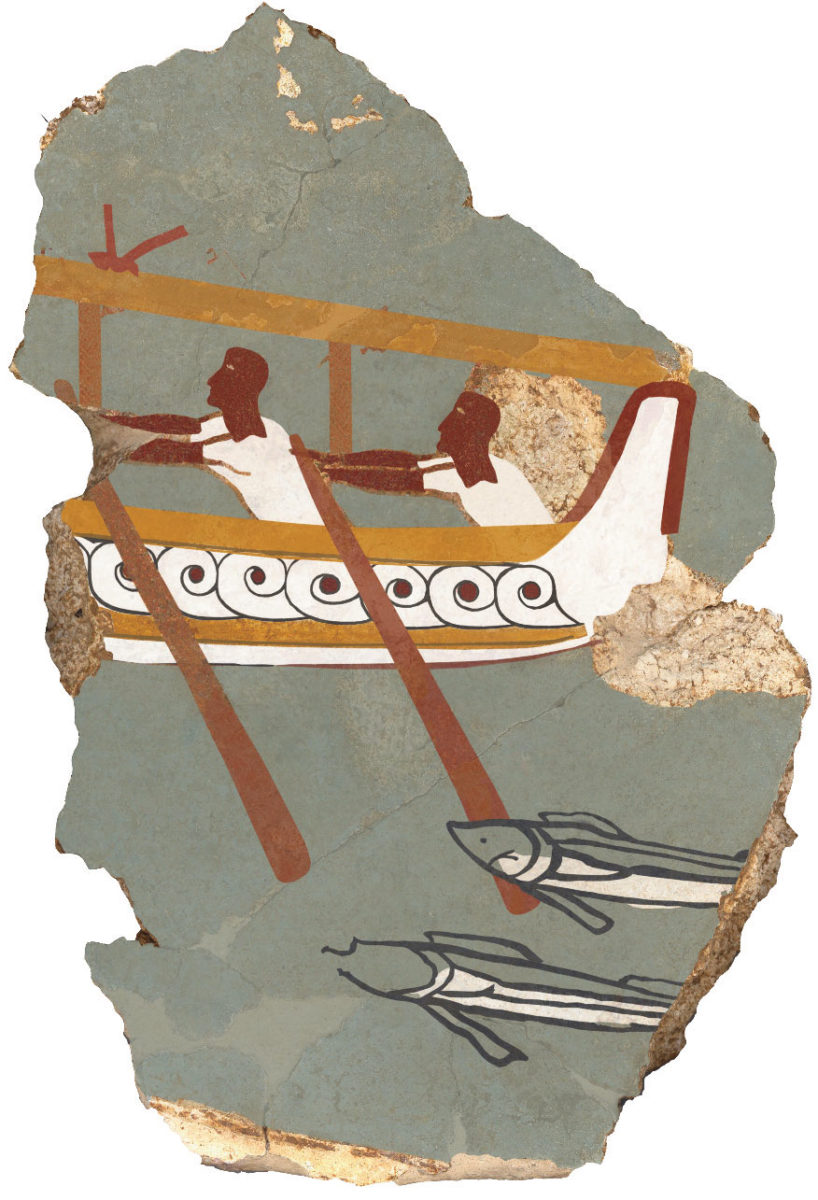 Professor of Archaeology M. Kosmopoulos talks to the Athens and Macedonian News Agency

“The results of the Archaeological Society’s excavations in Iklaina, Messenia, with its truly unexpected finds lead us to a revision of our knowledge of Mycenaean states,” says Michalis Kosmopoulos, professor of Archaeology at the University of Missouri-Saint Louis and head of the excavations, in an interview with the Athens and Macedonian Press Agency.

As he explains, “The administrative network of Englianos was divided into two levels consisting of a central capital and of capitals on the periphery.” It is, he adds, ‟an early form of administrative division encountered in federal states.”

Following is the interview of professor of Archaeology Michalis Kosmopoulos with the Athens and Macedonian Press Agency and Patras correspondent Elias Kanistras.

Q: You have described Iklaina as one of the most significant Mycenaean sites being excavated. What do the excavations reveal?

Α: The excavations of the Archaeological Society in Iklaina brought to light one of the capital cities of the Mycenaean kingdom of Pylos. The reason Iklaina is so important is because, with its truly unexpected finds, it leads us to revise what we know about Mycenaean states; Cyclopean buildings, developed urban networks (paved streets and squares, water supply network, central drainage system), a Linear B tablet, exceptionally beautiful wall paintings, etc. Based on what we knew up to now on Mycenaean Greece, such finds are only to be found in the big palaces such as Mycenae, Tiryns, Thebes and Pylos. The Iklaina finds oblige us to reexamine the existing facts from a new perspective.

Q: How do the finds help you understand the way cities and states developed in Greek Prehistory?

Α: According to a preliminary study of the finds, it appears that the first states in the Peloponnese were the result of violent clashes between local rulers. In the case of Pylos, it seems that the rulers of Iklaina and Ano Englianos (known as the “Palace of Nestor”) confronted one another towards the end of the Mycenaean era and that the ruler of Iklaina lost, resulting in his lands being annexed to the territory of the Englianos ruler. So it seems that the kingdom of Pylos was formed by the violent annexation of land owned by different rulers of Messenia.

Q: Which finds have led you to the conclusion that many of the institutions we have today were created in Greece 3,000 years ago?

Α: We must be wary of what we mean by the word “institutions”. We are not talking about specific structures, but about institutions in their broad sense, such as the state, i.e. a region with a central authority, an army and control over many aspects of the economy and society. In this sense it seems that the first certified complex states make their appearance in the Mycenaean era.

Q: Why could Iklaina be a member of an early federal state, such as, for example, the United States of America today?

Α: According to the Linear B archives found in Ano Englianos (thought to be the main capital of the Mycenaean kingdom of Pylos), although Iklaina was one of the kingdom’s secondary capitals and under the control of the central capital, it did have relative autonomy (e.g. it had its own governor and its own economic output). On the basis of the evidence available, this is the oldest form of a two-level governance system, that is, a central authority and underlying semi-independent regions.

Q: How did the states develop?

Α: We live in a world where the institution of state is dominant and we all know to what degree states and governments influence our lives. But it was not always like that, because there were periods in human history without states; with other less complex forms of governance. The transition from a world without states to a world where the state is a dominant political institution constitutes one of the most thrilling chapters in the history of humankind. And the first certified states in western civilization are born in Greece. These are the Minoan states in Crete (circa 2000-1500 BC) and the Mycenaean states of mainland Greece (circa 1600-1100 BC).

Based on data we have from Messenia (one of the regions which has been explored archaeologically and has given us texts in the form of Linear B tablets), it appears that the Mycenaean states were born through processes of the incorporation/annexation of independent hegemonies by a powerful ruler. One of these independent hegemonies was that of Iklaina, whose ruler (based at least on a preliminary study of the finds) seems to have been defeated by the ruler of Ano Englianos and his lands annexed. We assume that similar developments had occurred with other Messenian hegemonies, which had been slowly incorporated in the hegemony of Englianos.

As these annexations were made, the appropriated hegemonies kept some degree of their prior independence; each retained its capital, had its own governor and deputy governor, its own officials, its own sanctuaries, but part of its economic production was controlled by the central capital of Englianos. Thus, by preserving a part of their former independence, these rulers joined the administrative network of the state of Englianos, which acquired a two-level administrative division, consisting of a central capital and those of the periphery. This is an early form of the double administrative division encountered in federal states.