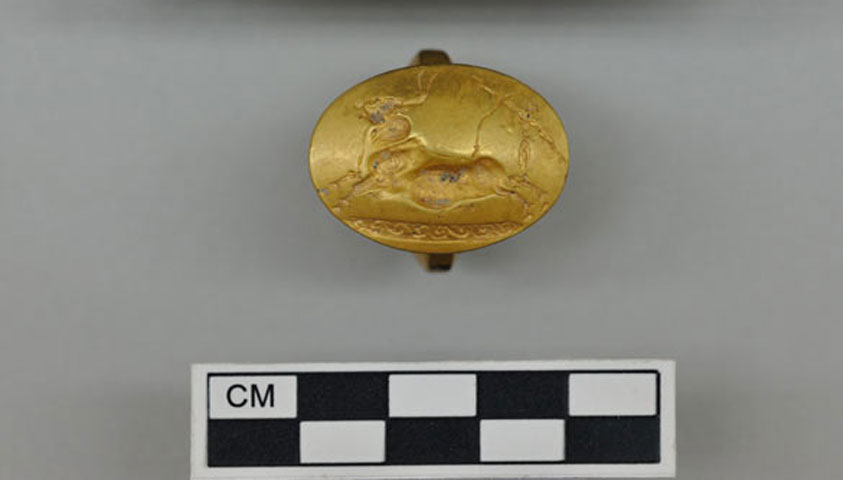 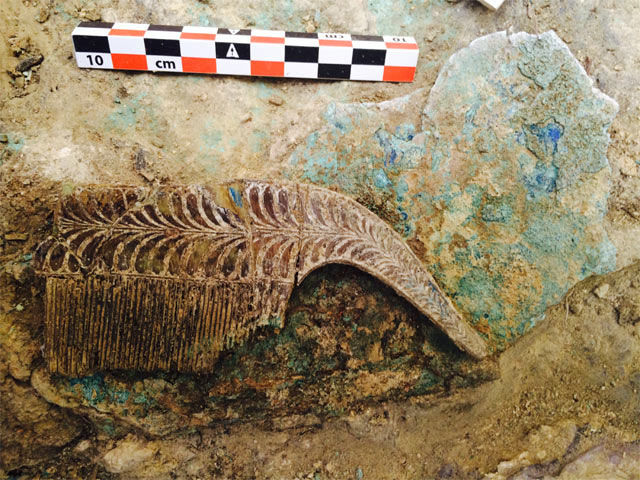 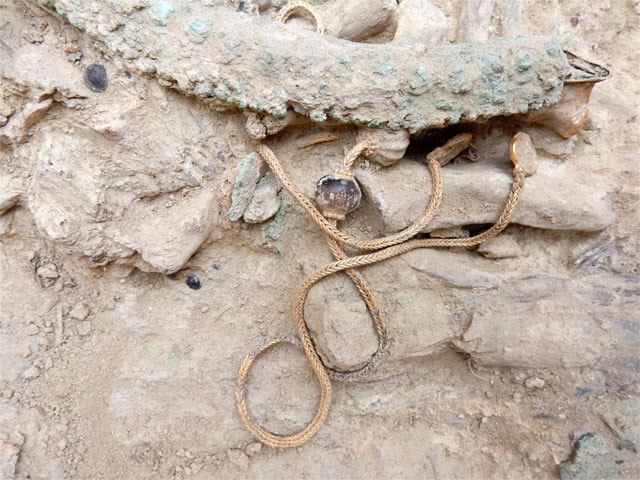 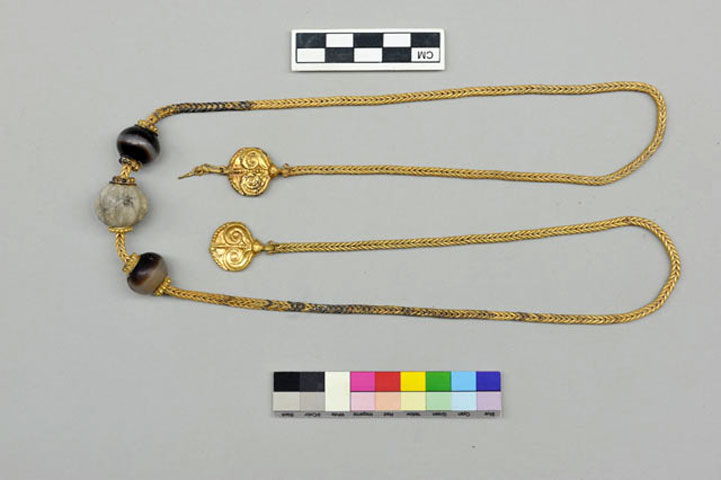 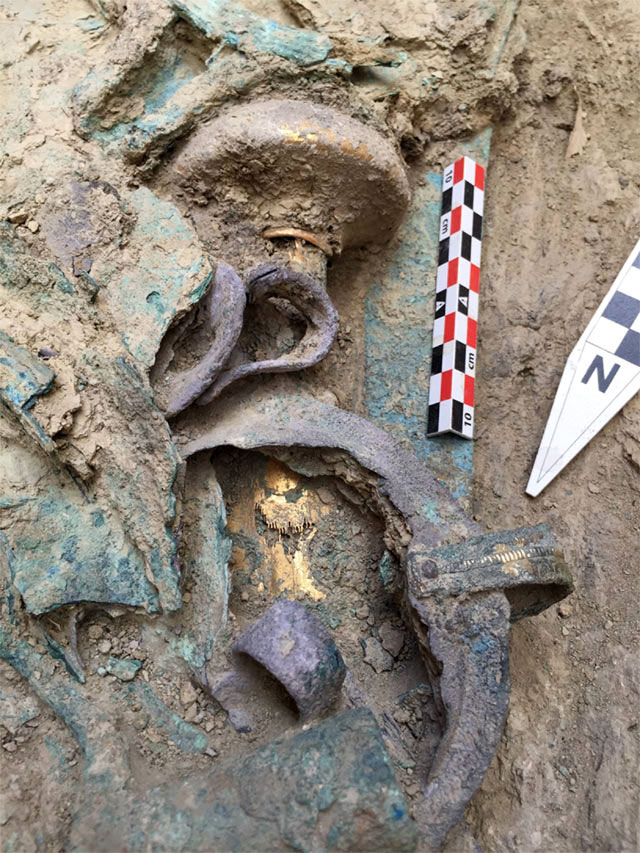 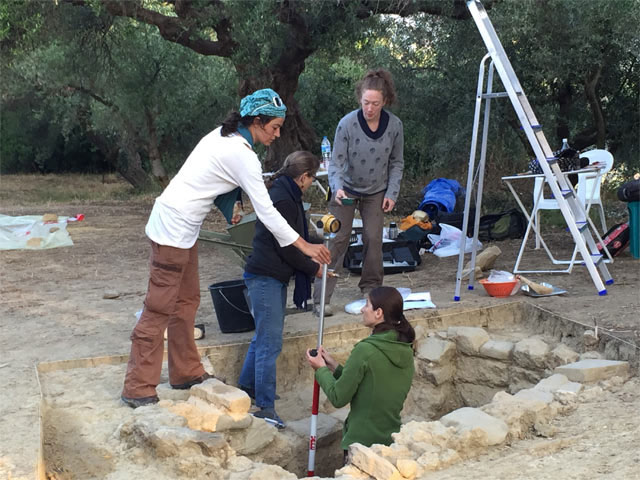 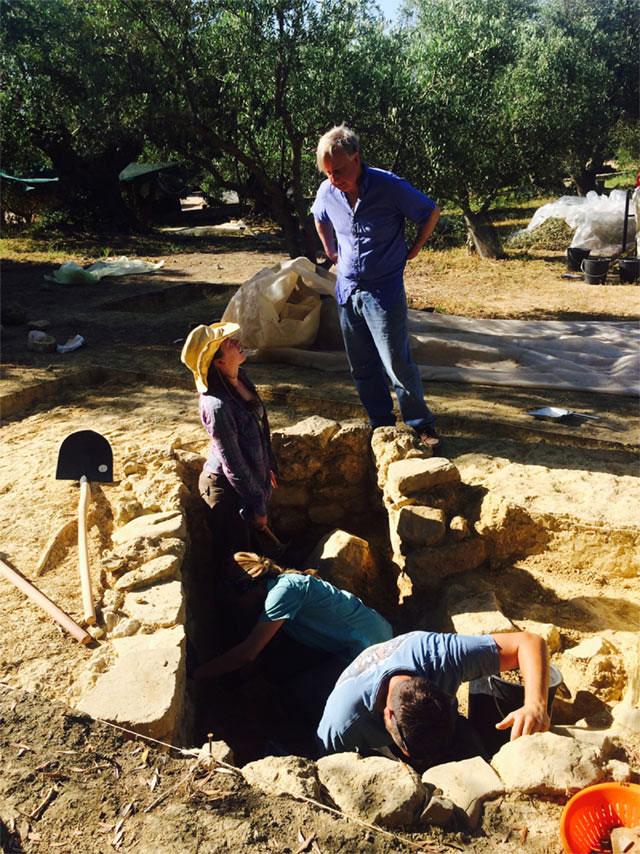 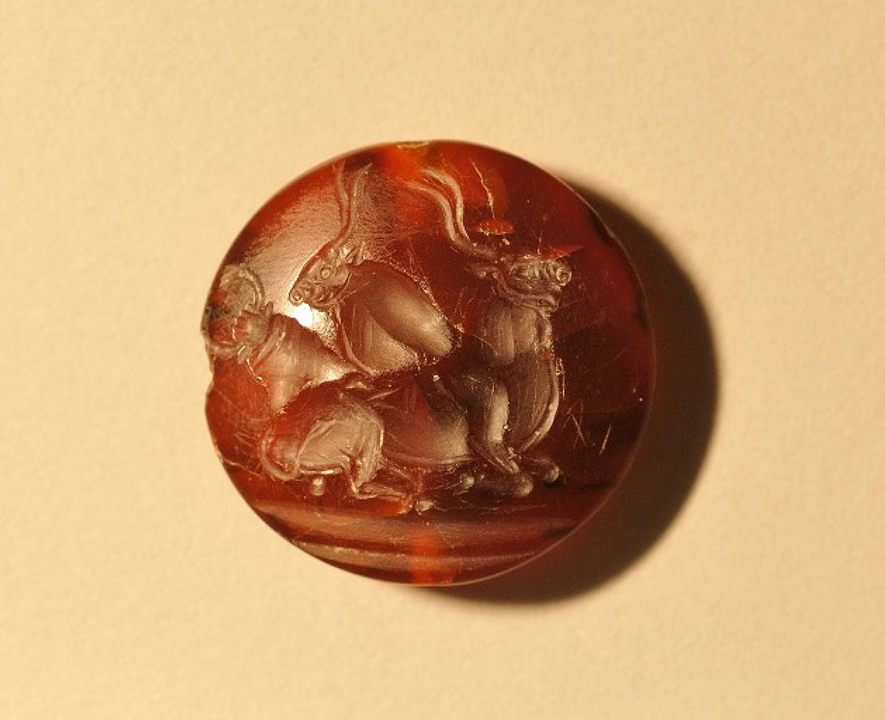 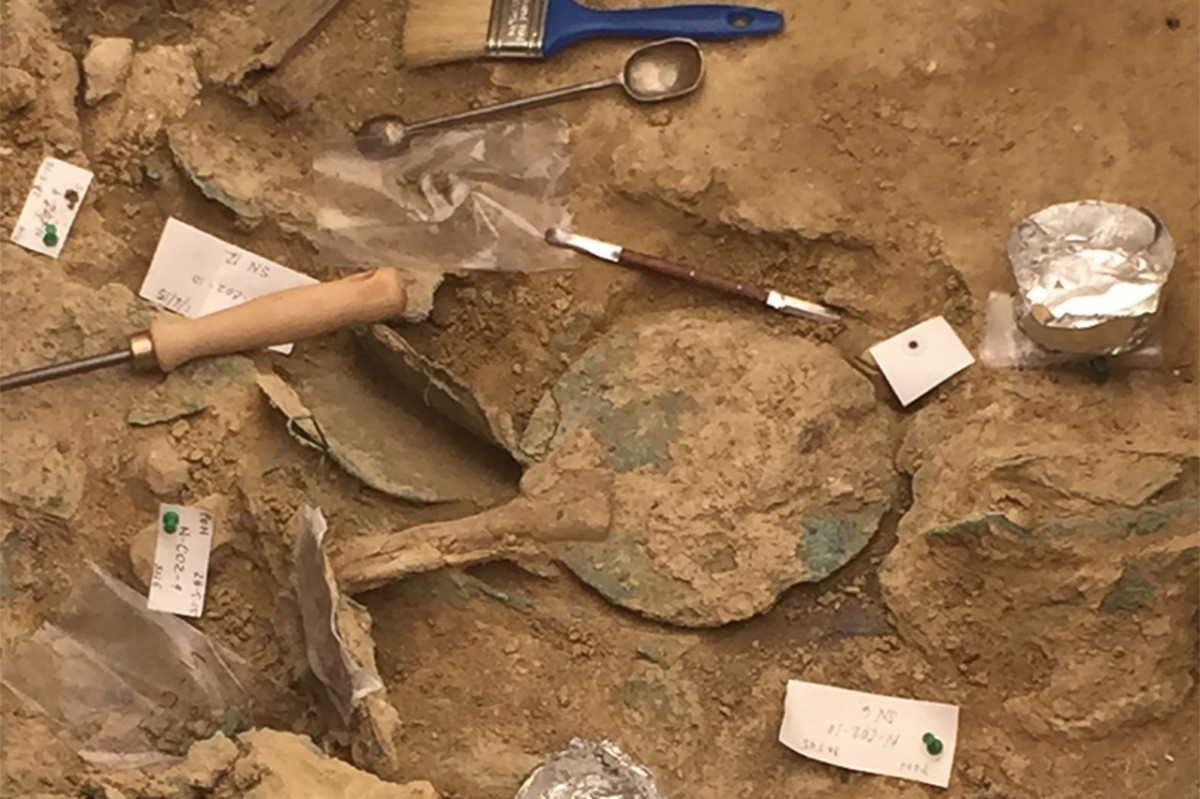 Discovered by University of Cincinnati researchers

An international team of archaeologists led by University of Cincinnati researchers recently discovered a Bronze Age warrior’s tomb in Pylos (southwestern Greece) filled with more than 1,400 objects: jewels, weapons and armor, as well as bronze, silver and gold vessels. The grave was found near the Mycenaean Palace of Nestor, at Ano Englianos.

On the floor of the grave lay the skeleton of an adult male (the warrior), stretched out on his back. Weapons lay to his left, and jewelry to his right.

Near the head and chest was a bronze sword, its ivory hilt covered in gold. A gold-hilted dagger lay beneath it. Still more weapons were found by the man’s legs and feet.

Gold cups rested on his chest and stomach, and near his neck was a perfectly preserved gold necklace with two pendants. By his right side and spread around his head were over one thousand beads of carnelian, amethyst, jasper, agate and gold. Nearby were four gold rings, and silver cups as well as bronze bowls, cups, jugs and basins.

The above describes what a University of Cincinnati-led international research team found this summer when excavating what was initially thought to be a Bronze Age house.

Instead, the team made a rich and rare discovery of an intact, Bronze Age warrior’s tomb dating back to about 1500 B.C. The discovery is featured in The New York Times, in an article titled: A Warrior’s Grave at Pylos, Greece, Could Be a Gateway to Civilizations.

The find is so extraordinary that UC’s Shari Stocker, senior research associate in the Department of Classics, McMicken College of Arts and Sciences, states: “This previously unopened shaft grave of a wealthy Mycenaean warrior, dating back 3,500 years, is one of the most magnificent displays of prehistoric wealth discovered in mainland Greece in the past 65 years.”

Stocker co-leads the team that unearthed the undisturbed shaft tomb, along with Jack Davis, UC’s Carl W. Blegen Chair in Greek Archaeology. Other team members include UC faculty, staff specialists and students, some of whom have worked in the area around the present-day city of Pylos on the southwest coast of Greece for the last quarter century as part of the Pylos Regional Archaeological Project. That UC-based effort is dedicated to uncovering the pre-history and history of the Bronze Age center known as the Palace of Nestor, an extensive complex and a site linked to Homeric legend. Though the palace was destroyed by fire sometime around 1200 B.C., it is nevertheless the best-preserved Bronze Age palace on the Greek mainland.