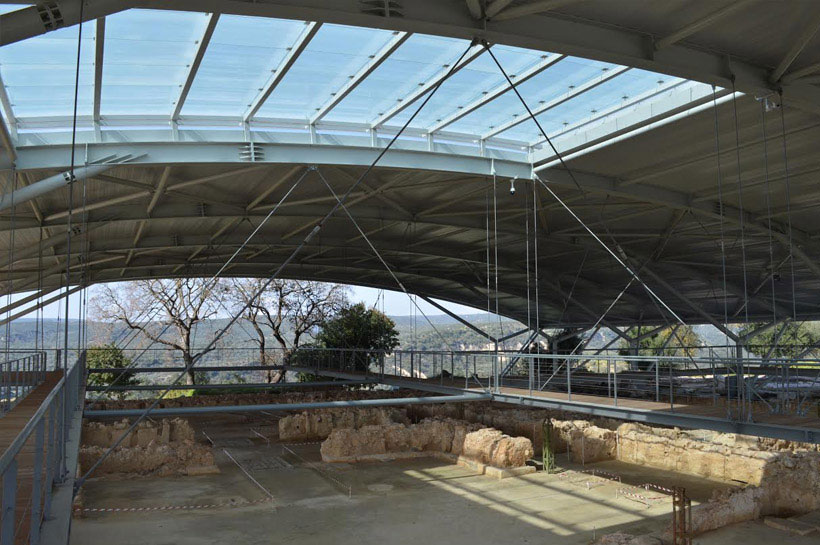 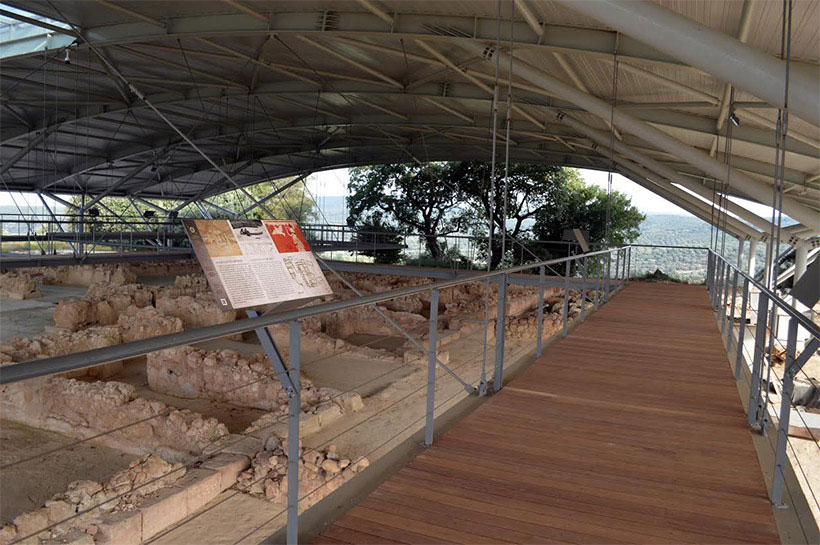 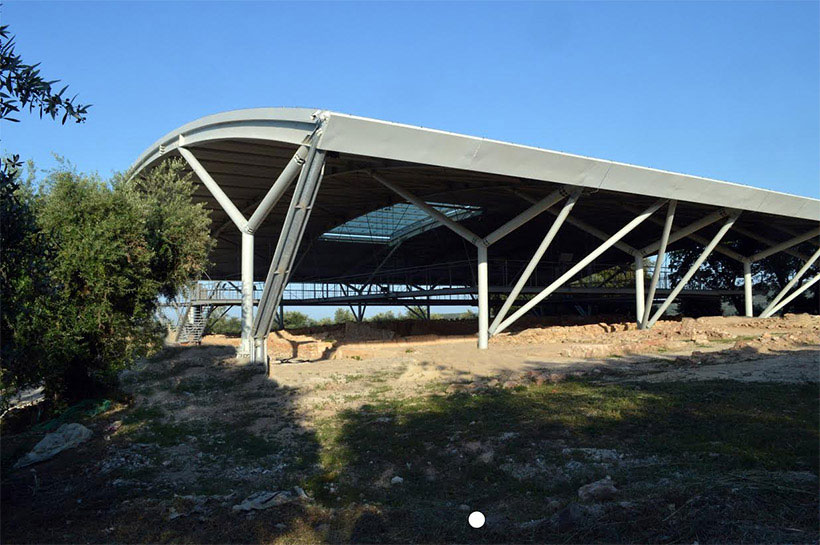 The mythical Palace of Nestor will reopen after three years

After restoration works and addition of a new roof

The Palace of Nestor will reopen on June 12, after three years of restoration works, the Greek Culture Ministry announced on Tuesday. The site, which is the best preserved Mycenaean palace in Greece is located in the Peloponnese, about 5klm from modern Pylos. The settlement was discovered in 1939 by Konstantinos Kourouniotis and the American Archaeologist Carl W. Blegen from the University of Cincinnati excavated the area.

The palace is a complex of various buildings, consisting of 105 ground floor apartments and was built by King Nestor, son of Neleus, in the late Bronze Age. It comprises four main buildings, one of which is a wine storage, and some smaller ones. The most significant of the palace compartments is the “throne room”, a rectangular room with a circular hearth, the room with the clay bath tub, and the storage rooms. Other compartments were workshops, baths, light wells, reception rooms. A sewage system was also in place. The walls are decorated with fine frescoes.

Among the artefacts found at the site there were numerous storage vessels, thousands of clay tablets in linear B’ script which shed light in the life at the site in antiquity.

The palace reached the peak of its prosperity in the 13th century BC but was destroyed by fire in the early years of the 12 century BC.

The site was closed in May 2013 for restoration, which cost about 2.5 million euros. A new roof was added to protect the palace, and the restored site integrates new navigation infrastructure providing access to all audiences, the ministry said in a press release.

Culture Minister Aristidis Baltas will lead the opening ceremony on Sunday, in an event open for the public.